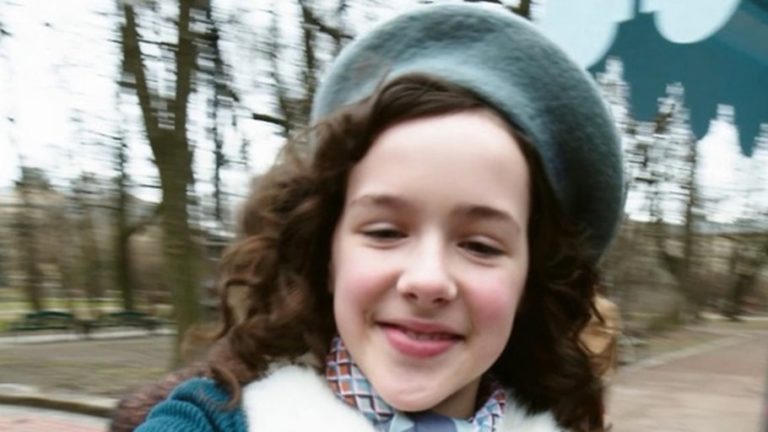 An Instagram campaign is bringing home the death of one girl -- and six million other Jews - one compelling post at a time.

Mati Kochavi, an Israeli tech tycoon, thinks the popular app Instagram offers a way to make the Holocaust relatable to a younger, tech-savvy generation – and he’s made a major new social media project called @eva.stories, timed to coincide with this year’s Holocaust Memorial Day to bring the Holocaust to life.

Some have criticized the project as trivializing the Holocaust or being in bad taste. The series has been promoted for months in Israel. Posters show a hand holding a cellphone behind barbed wire and ask: “What if a girl in the Holocaust had Instagram?”

Some comments online have asked why we need to update stories about the Holocaust to a seemingly shallow medium like Instagram. “Dumbed down” and simplistic are some of the criticisms that have been leveled at the show. I strongly disagree. Each generation creates new forms of expression; this might be the first time that Instagram has achieved the level of real art.

On Wednesday, May 1, the account @eva.stories was activated. I logged on a few hours later; the series already had well over half a million views. Twenty minutes later, after I’d watched all of the episodes then posted, 12,000 more views had been added. (Final posts will be put up on Holocaust Memorial Day, May 2.) After watching episodes posted on May 1, I can see why @eva.stories is so compelling.

The series of fictionalized short films follow the real-life diary of Eva Heyman, a Jewish girl who lived in the Hungarian town of Nagyvarad who kept a diary documenting her experiences starting on her 13th birthday – just like the fictional Instagram account based on her writings. 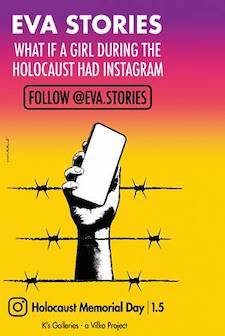 “Everything happened like in a film,” the real Eva Heyman wrote in her diary in 1944 after German troops invaded her town. Almost immediately, Eva was forced to wear a yellow star whenever she left home. Jews were barred from walking in the streets any time except between 9am and 10am. Soon, Eva and her family were forced to live in a ghetto. Eva was deported to Auschwitz on October 17, 1944, and murdered there.

Her mother, Agnes Zsolt, survived and returned to Nagyvarad after the war where she discovered her murdered daughter’s diary and shepherded it to publication. Overwhelmed by grief, Agnes eventually ended her own life. Eva’s diary is all that remains to tell her family’s harrowing story of dispossession and death.

The Nazi persecution and murder of Hungarian Jews took place in a very short time frame: within three months over 400,000 Hungarian Jews were sent to concentration camps and murdered. @eva.stories follows this condensed schedule. It begins February 13, which was Eva’s actual 13th birthday and the day she began to record her diary; its fictionalized entries correspond to the real Eva’s diary which ended a few months later, on May 30, 1944, a few days after she was sent to Auschwitz. In that time, the Instagram-posting version of Eva watches and records the misery and loss around her.

She records her cousin being sent to Poland without even a suitcase, and wonders what she will do alone in Poland without so much as a single piece of luggage. Eva is present in her grandfather’s drugstore when Nazi soldiers enter and inform him that Jews are no longer allowed to own property and the store is no longer his. Eva records the terror of being forced into a ghetto and her mother’s desperate plans, which didn’t work, to have a neighbor hide her.

One of the most moving posts was a series of brief films when Eva’s nanny first shows her a coat after she’s sewn the now-mandatory yellow star onto the material. “This isn’t me!” the 13-year-old Eva wails. “Everyone at school will make fun of me!” Watching it, I cried: it seemed so real.

Soon, Eva is confined to her home and covertly films her parents and other grownups arguing about what to do. Maya Kochavi, who collaborated with her father to make the series, has defended their creation, noting that “a lot of serious movements are happening on social media” and that she and her father tried to make a modern-seeming, realistic series of posts and also to “maintain a sense of honor” about their subjects.

Costing a little less than $5 million, it uses realistic period details including tanks and other military props. Approximately 400 people were involved with the project, which was filmed in Ukraine.

As @eva.stories goes viral, hundreds of thousands of teens and others are hearing her story for the first time. With its high production values and talented actors, the Instagram series makes the Holocaust relatable. Anything that brings that truth home today is welcome – and in today’s world it’s increasingly necessary.

One major 2014 study found that only a third of people worldwide believe the Holocaust took place. Nearly half of the world’s population, 46%, have never heard of the Holocaust.

The victims of the Holocaust were real people with the same hopes, dreams, fears, crushes, loves, senses of humor, values and fears as us. Eva Heyman was a real person, with all the richness and humanity in her life that today’s teenagers take for granted. That hundreds of thousands of teens now know her story and maybe even shed a tear over her persecution and cold-blooded murder is important. The internet phenomenon of @eva.stories brings the horrific truth of Eva’s death – and the death of six million other Jews – home, one compelling post at a time.

Taking Back Nature: A Reflection
The Promise Of The Land
Which Chat Are You On?: Parshas Behar/Lag Ba’Omer
Do You Like Slow-Cooked Food? Thank the Jews
Comments
MOST POPULAR IN Society
Our privacy policy