Fire of the Torah 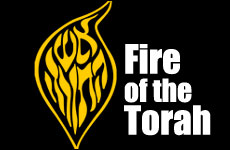 Why did Rabbi Weinberg, zt"l, call his organization Aish HaTorah?

The medrash tells the story of Rebbe Akiva, a 40-year-old shepherd who could not even read the Aleph-Bet. Every day, Rebbe Akiva would bathe daily by the same waterfall. One day he noticed a rock that had been holed out by a constant drip of water. He concluded: If something as soft as water can carve through solid rock, how much more so can Torah – which is fire ("Aish HaTorah") – make an indelible impression on my soft heart. (Avos D'rebbe Nosson)

One might think that Rav Noach chose this story because Rebbe Akiva was the paradigm baal teshuva (returnee to Judaism): He started learning late in life, and went on to become the greatest sage of his generation, with 24,000 students learning under him at one time.

But this is not the part of the story that inspired Rav Noach to name his yeshiva. He explained:

As a young man, Rebbe Akiva may have been unlearned, but he was still religious. So why was he unlearned? At some point Rebbe Akiva had become discouraged and gave up learning because he thought that despite his dedication and perseverance, he was not really changing. The water on the rock, however, was an epiphany. To the naked eye, it would seem that each drop of water was having no impact. Yet in reality, over time those drops bore a hole, completely transforming the rock. Similarly, Rebbe Akiva concluded, in Torah learning every drop counts, but requires patience before the transformation becomes manifest.

No Torah that we learn is wasted.

Rav Noach understood that modern technology – microwaves, cellular phones, blackberries, etc. – has created an instant world. We almost never have to wait. But that is only true for the physical world. Spiritual growth always requires time and patience. Rav Noach believed that a generation spoiled by technology needs to know – more than any other generation in history – that every drop of God's Torah has the power to transform a person, if we have the patience to persist. No Torah that we learn is wasted. Rebbe Akiva's understanding of this made him great. And Rav Noach saw this as the key to reaching out to Jews today.

This was Rav Noach's confidence in the power of Torah. "God's Torah works," he would always say. And it was this belief that led him to undertake the incredible responsibility for Klal Yisrael. He believed passionately in the fire of Torah to make a revolutionary impact on each and every Jew.

What The Angel Taught You

It's Up To Us
Saadiah Gaon, Rashi and Maimonides: How Three Rabbis Revolutionized Judaism
King Sennacherib and the Siege of Lachish
Three Small and Easy Changes to Add Positivity in Your Home
Comments
MOST POPULAR IN Rabbi Noah
Our privacy policy
Aish.com Is Looking for Great Writers