The Roots of Destruction

The tragedy of Tisha B'av has its roots literally in the oldest mistake in the book.

Five years ago, an international news agency circulated a photograph of a shouting Israeli soldier with his club menacingly outstretched over a battered youth with rivulets of blood running down his face. The picture was published in over 100 newspapers, including the New York Times, with the caption "an Israeli and a Palestinian on the Temple Mount," and was the basis for numerous articles decrying Israeli treatment of the Palestinians. It turns out that the "Palestinian" was really a yeshiva student from Chicago who was pulled from a taxicab by a Palestinian mob that proceeded to beat him, until staved off by the Israeli soldier who intervened to protect him. The picture could not have been taken on the Temple Mount since it featured an Israeli gas station in the background. The New York Times retracted its story, but the damage to Israel's image was done.

It isn't just the media that begins with preconceived notions and only afterward finds evidence to confirm prior convictions; we all do the same thing. There is a human tendency toward prejudice that clouds our judgment and enables us to process visual and other perceptions in a way that merely confirms what we already think and say.

Our sages reveal that this dangerous tendency lies at the root of the destruction of the Temple and our exile from Israel. Specifically, they point to one tragic incident in Jewish history responsible for generations of suffering. On nearing the land of Israel, Moses sent spies to reconnoiter the territory and report back. Although the 12 spies were the holy tribal leaders of the Jewish people, all but two made a tragic mistake whose effects we feel today not just as a punishment, but as a result of the reality they made possible.

The mission of the spies was doomed from the start. They had preconceptions as to what the land of Israel would be like. Their eyes confirmed their apprehensions about entering the land. They told of huge mutant fruits and brought back a mammoth cluster of grapes which was so heavy that it took eight people to carry it. They spoke of a land that ate its inhabitants, reflected in the funerals they saw everywhere they went. They succeeded in terrifying the nation into thinking that there could be no way to conquer such a land.

Only two of the spies, Yehoshua and Kalev, brought back a different message: the land is very, very good. The majority of the spies failed to realize the blessing in such abundant produce, and that the constant burial of the dead they witnessed was, as the rabbis explain, a direct result of Divine intervention to protect them. God had preoccupied the nations of the land with funerals so that they would not notice the band of spies.

PUTTING THE MOUTH BEFORE THE EYE

In four chapters of the book of Lamentations, the prophetic elegy on the destruction of the Temple, the verses are arranged in an alphabetical acrostic according to the first letter in each verse. But there is a surprising exception: although the letter ayin precedes the letter peh in the Hebrew alphabet, the peh precedes the letter ayin in the acrostic. The switch is not accidental. What deeper message is it alluding to?

Our doubts and preconceived notions resulted in fabricating a reality very different than the one God had intended.

The letter peh means "mouth" in Hebrew, and the letter ayin means "eye." The sages explain that the deepest of hints is woven into the poetic verses of Lamentations: the entire tragedy resulted from putting the peh, the mouth, before the ayin, the eye. The mouth talks of expectations and existing beliefs, and the eye then sees what the mouth predicted it would see -- even if an objective interpretation of the same visual input would have yielded a different result. The group of spies went together, experienced the same sensory perceptions, and nonetheless reached opposite conclusions.

According to original Divine plan, our settling the land would have been permanent; there would have been no such thing as exile and the Temple would never had been destroyed. That is the reality we should have seen. Our own doubts and preconceived notions, however, resulted in our fabricating a very different reality.

The spies returned on the ninth day of the month of Av, and their negative report penetrated the hearts of the Jewish people, shattering the hope of many and prompting them to ask to return to the horrors of slavery in Egypt rather than face the challenges that lay ahead in Israel. God responded that since we had cried over nothing -- after all, He had promised us that we would enter the land victorious -- He would give us something to cry over. It was on that very same day, the ninth of Av, that both the First and Second Temples were destroyed, and on which our entry to the land was reversed and transformed into centuries of expulsion and homelessness. The Temple lost its potential for permanence. The doubts and uncertainties of the spies that prevented us from seeing God's original plan made it possible for our enemies to destroy it. We refused to accept that the Jewish nation has the power to inherit the land of Israel forever and overcome the challenges that the spies witnessed.

The "something to cry about" was a direct result of our own actions. The Jewish people accepted the false reality of the spies. Our sages teach us that God acts measure for measure, and reacts in a manner corresponding to the behavior that triggered the reaction. We created a reality that wasn't meant to be. He simply responded by granting us that imagined reality, resulting in exile and a Temple that could be -- and ultimately was -- destroyed.

THE OLDEST MISTAKE IN THE BOOK

Unfortunately, this mistake is literally the oldest one in the book. We find the peh (mouth) preceding the ayin (eye) as far back as the Garden of Eden. "And the snake said to the woman, you will not die. For God knows that on the day you eat from it your eyes shall be opened and you shall be Godlike and know good and evil" (Genesis 2:4-5). The snake planted a notion in Eve's mind. It was only after the snake's spin that Eve saw the fruit was good to eat. "And the woman saw that the tree was good to eat and desirable to the eyes?" (Genesis 2:6).

First came the peh, the mouth of the snake, concocting a reality from a preconceived notion, and then the ayin, the eye of Eve, who saw the fruit as desirable.

The root of the spies' sin was their denial of the good that God was prepared to bestow on the Jewish people and their ignoring the good He had done thus far. Their field of vision, their ayin, was limited by the peh, and they only saw their worst fears confirmed. On a personal level, we can grow by simply asking whether our vision is objective or clouded by the reality that the peh decided should be. The objective reality that God creates is good. We need to see it as such and appreciate all the good bestowed upon us even if it presents challenges.

A core theme in Jewish consciousness is that God loves us, and is involved in our lives if we involve Him. He looks out for our best interests, both as a people and as individuals. We just need to appreciate that reality. Consider a person who applies for a job he wants and doesn't get it. He can decide how to react. If he has a low self image, a pre-existing notion of the peh that convinces him he is not worth anything and nobody would want to hire him anyway, then the ayin, the perception of his rejection will only reinforce his feelings of worthlessness. He may then find himself in a vicious cycle of low self esteem resulting from the reality he created; his perception of himself becomes evident to prospective employers, and he remains unemployed.

However, if one disregards the peh, the preconceptions that often lead to self-fulfilling prophecies, he is empowered to view his rejection in an entirely different light. Perhaps the job was simply not for him, one in which he would suffer high levels of stress and find no self-fulfillment, and God did him the favor of not having to find that out the hard way.

We can only see reality when we put the ayin before the peh; when we first transcend our doubts and prejudices. Putting the peh before the ayin brought death to the world and destroyed the Temple. Our tradition tells us that by restoring the ayin to its place before the peh, through appreciating reality as it truly is, we can rebuild that which was lost. 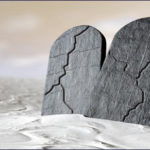 When Tisha B'Av falls on Shabbat or Sunday8 min read 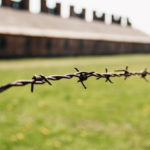 Remember the Past, But Don't Be Held Captive by It4 min read