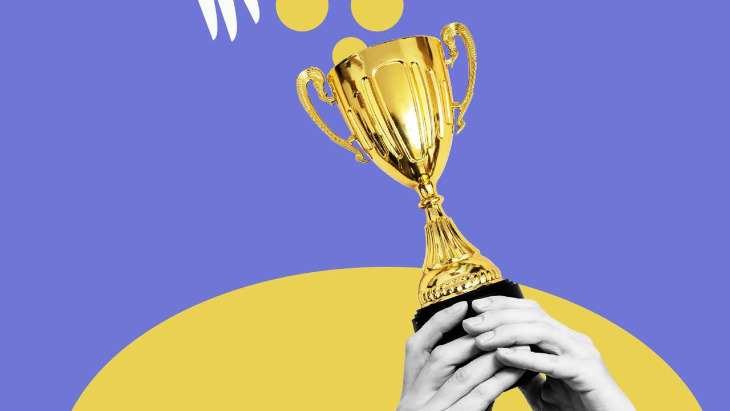 How to attain true self-esteem.

The importance of self-esteem is not debatable. The renowned psychologist Dr. Abraham Maslow lists self-esteem at the top of man's hierarchy of needs -- behind only food, shelter and interpersonal relationships.

How we attain that respect is another issue.

Western man looks to external accomplishments for self-respect, driven by a need to achieve what others will recognize as status symbols. He will readily identify himself by his profession or career. "I'm a stockbroker, a vice president of marketing, a Harvard graduate." If others are impressed, it reassures us that we're important.

But this focus on external accomplishment implants an intense fear of failure. We're afraid that if no one is impressed, what will happen to our self-esteem? The house of cards we've built will collapse.

Each time Jack parks his Lexus (complete with the supple leather interior), in his driveway, he feels he's "made it."

A year later, Jack's model is outdated and the neighbors are no longer impressed. His facade collapses, his self-esteem is crushed. What now?

EVOLUTION AND THE BATTLE FOR SELF-ESTEEM

Evolution teaches that a human is simply a sophisticated form of animal, with no more or less intrinsic value than any another creature, be it a cat or a worm.

The underlying message is that a human has no inherent source of self-esteem. Rather he needs tangible accomplishments to feel "successful." What tremendous pressure!

If "success" is our only ticket to self-respect, then many of us will never get there. And those with the good fortune to achieve such "success" will always live in fear of losing it through circumstances beyond their control. We may have all the talent in the world, but we can end up tripping on the pavement and missing the interview!

Man is created with a soul, a divine spark of God. Self-respect is a birthright.

Judaism starts with the premise that each human being is created in the image of God. With such a lofty starting point, self-respect is therefore every human's birthright.

Many mitzvot in Judaism guide us how to treat other people. These are based on the recognition that man has inherent dignity and self-worth -- regardless of whether or not he has "accomplished" anything of significance.

In Judaism, it is the struggle, not the achievement of a goal, that matters. Because the final outcome anyway rests in the hands of the Almighty.

A person can thus succeed by winning a moral struggle, even if there are no tangible results.

But effort is difficult to quantify, so in our materialistic world we tend to disregard its value.

You are watching two people compete in a 100-meter dash. One runs a world record time of 9.3 seconds. The other crosses the finish line in 30 seconds.

Who attained success? The record breaker of course!

Except that the one who clocked 30 seconds had developed polio as a child, was unable to walk until he was 14-years-old, and had invested years of painful, grueling exercise until he was finally able to even run the distance.

We can never measure anyone's value based on external success, because we can never know the circumstances he has had to deal with.

Never measure anyone's value based on external success, because you don't know his set of circumstances.

We are born into a particular set of circumstances, as determined by God. We only have control over the effort that we exert. How we deal with our particular circumstances determines whether we are a success. Where we stand on the ladder is less important than how many rungs we've climbed.

Self-esteem comes from knowing you're making the effort to grow. If we're making our best effort, we can live with a deep and abiding sense of satisfaction.

Eliezer was the son of Hurkanas, a leading rabbi of his generation and a very wealthy man.

"Why are you crying?" Hurkanas asked.

"I want to learn Torah," said Eliezer. He cried until Elijah the Prophet came and told him to go to Jerusalem and seek out Rebbe Yochanan Ben Zakkai, the greatest sage of his generation.

Eliezer went to Jerusalem -- and you guessed it -- started crying: "I want to learn Torah."

Rebbe Yochanan Ben Zakkai asked: "Didn't they even teach you to say the Shema?"

And so the great sage, Rebbe Yochanan Ben Zakkai, taught Eliezer the ABCs of Judaism. Then he said, "Very good, Eliezer. We were successful. Now it's time for you to go."

So Rebbe Yochanan Ben Zakkai taught Eliezer the Five Books of Moses and the Oral Law. After this, Rebbe Yochanan said, "Eliezer, it is time for you to go."

And so it went. Then one day, Eliezer was sitting and learning Torah in the back of the study hall. Unexpectedly, his father Hurkanas walked in. At which point, Rebbe Yochanan Ben Zakkai told Eliezer to move to the front and recite his Torah aloud.

After Eliezer had finished, Hurkanas stood up, and beaming with pride, said: "Eliezer, at first I wanted to give my property to all of my sons but you. But now I am going to give everything I have to you and you alone!"

Eliezer replied, "My father, if I wanted gold and silver, I would have stayed working on the farm. All I want is Torah." And Rabbi Eliezer Ben Hurkanas went on to become the leader of his generation, and the teacher of the great Rebbe Akiva.

There are many difficulties with this story.

1. How could it be that Hurkanas, a great rabbi and wealthy man, did not teach his son Torah?

2. Why did Hurkanas make his son do the menial labor of plowing? He could have hired other workers to plow, and given his son a supervisory position.

3. Why did Elijah the Prophet tell Eliezer to go learn basic Judaism from such an esteemed sage as Rebbe Yochanan ben Zakkai? Any intermediate yeshiva student could have done that!

There is only one answer to explain all of these difficulties. Eliezer had a head made of straw. He was extremely slow.

Of course, Hurkanas hired teachers for his son! But even the best teacher couldn't get Shema into the thick head of Eliezer! So what is a father supposed to do with such a son? Make him a foreman? No way! Give him a plow. At least he'll be productive.

But Eliezer cried: "I want to learn Torah!" The only one left who stood a chance of getting through to Eliezer was the leader of the generation, Rebbe Yochanan Ben Zakkai.

Rebbe Yochanan struggled and achieved a major accomplishment: He taught Eliezer the basics. And when Eliezer cried for more, Rebbe Yochanan realized it had worked once, maybe he could teach him more. And so it went, until Eliezer became one of the greatest scholars of his generation.

You have to want it so badly that you will cry for it.

From all of this we see that even the slowest of the slow can achieve greatness. The secret? You have to want it so badly that you will cry for it. This was the merit of Rabbi Eliezer Ben Hurkanas.

SUCCESS IS A GIFT FROM GOD

"Each and every Jew should strive to become as great as Moses."
-- Maimonides, Laws of Teshuva 5:2

Obviously, not all of us are born with the intelligence, character and leadership qualities of Moses. So how can we be expected to become as great as Moses?

If you make the effort, you will find results. (Talmud - Megillah 6b)

What do we mean by "find results?" Why not just say, "If you try, you'll see results"?

The answer is that effort and results are not cause and effect. Reaching great heights does not depend upon our natural talents and capabilities. Effort is our responsibility, but results are a "find" -- a gift from God. And God will give us whatever we need to succeed.

Potential for greatness is unlimited when we have the power of the Almighty behind us.

The Jewish people are called the "children of God" (Deut. 14:1, Talmud - Pirkei Avot 3:18). Just as a father naturally wants to give everything good to his children, so too God wants us to have all that is good.

Here's the real secret of success: Regardless of our mortal limitations, our potential for greatness is unlimited when we have the power of the Almighty behind us.

All God asks is that we try. Don't keep Him waiting.

What is a Good Person

5 Steps to a Happier Life

Free Will – Our Greatest Power
Save the Children: Yvonne Nèvejean and Queen Elisabeth of Belgium
Three Ways to Make Yom Kippur Meaningful
The Joy of Fasting
Comments

Save the Children: Yvonne Nèvejean and Queen Elisabeth of Belgium
Three Ways to Make Yom Kippur Meaningful
The Joy of Fasting
The 21st President of the United States: Failure or Inspiration?
Hiding Their Jewishness
How did Medieval Jewish Tombstones End Up in an Italian Monument?
The Jewish Pope: Following the Questions Home
How Did I Miss It?: Rosh Hashana
Where's Waldo and the Design Argument
Bagels, The Ghetto, and Yom Kippur: A Journey into the Bagel’s History
1 2 3 … 2,912 Next »