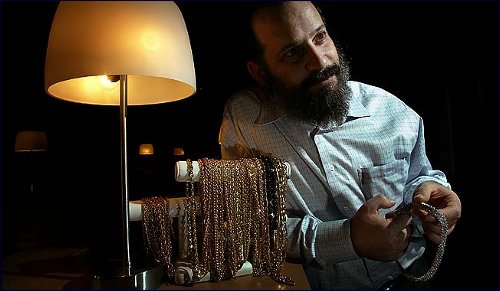 An interview with Shmuel Gniwisch, former CEO of one of the top 100 ecommerce companies.

As former CEO of Ice.com, an online jewelry retail company, Shmuel, along with his brothers, transformed the family business from (literally) a “mom and pop shop” in 1999 into a company with over one hundred employees, more than $80 million in annual sales, and garnering awards from Internet Retailer as one of the "top 100 e-commerce companies in the world.” He has been profiled by the New York Times, Fortune Magazine, Bloomberg, and Xconomy.com to name a few.

What intrigued me the most was the credence this family gave to their faith as inspiration not just for their spirituality but also for their business acumen. As Pinny Gniwisch, Shmuel’s brother and co-founder of Ice.com, once remarked, “Jewish history has shown me how we have persevered over thousands of years and come back stronger every time we were knocked down.” Pinny, an internationally respected thought leader in online marketing and an adjunct professor for McGill University's first ever eCommerce course, sees Judaism as a “success story” in the marketplace of religions and believes the Torah contains wisdom for how to successfully persevere in any business. 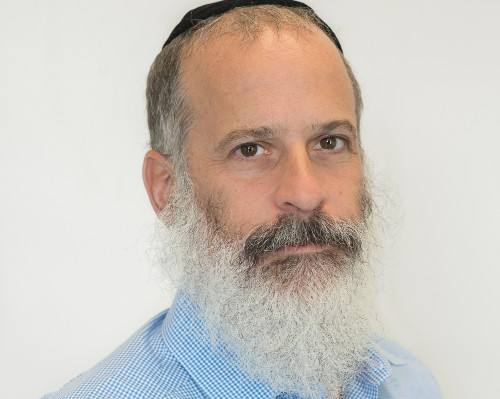 As Shmuel and I clinked glasses and said L’chaim, I got right down to the business of mining his mind to find those “diamonds of wisdom.”

RLW: What is the most important lesson you would share with young entrepreneurs starting their own companies or organizations?

SG: Hashem (God) brought the world into existence over the course of six separate days. I think that’s a message to celebrate the “little wins” of progress in whatever it is you’re creating. Some people think you must “go big or go home,” but in my experience I’ve seen how important it is to celebrate the little things that worlds are built on. When I started out I didn’t have it all figured out or know exactly what I was supposed to do with my life. I just knew that if I do it well and I’m changing the world, then it’s good. So I would advise young entrepreneurs to get involved in their communities. There were times in my life when I couldn’t give money so I would give time. The main thing is that by going beyond yourself to give to others, you’ll automatically go beyond what you’re capable of in other areas of your life.

RLW: Who has been a great influence in your life?

SG: My greatest mentor is my father with whom we started Ice.com back in the 90’s. He modeled many values and attitudes that guide me in how I approach my businesses and also life in general. 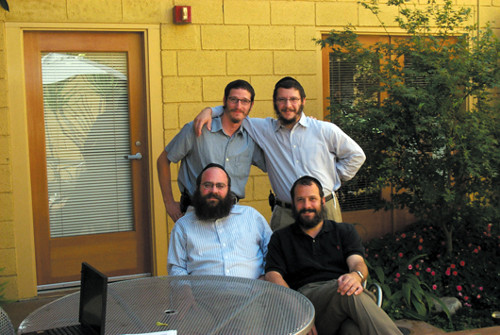 Here’s one example. Eight years ago, our company was expanding and we put in a bid to purchase a new office building in downtown Montreal. We went back and forth with counteroffers and eventually settled on a price with the firm representing the property. Two weeks later we got a “hazmana” - a “religious subpoena” to appear before the local “beit din” - a rabbinical court usually presiding over matters pertaining to religious Jewish life. Apparently, one of the other bidders on the property was a Jew who owned property next to the office building we bought. He wanted to take us to rabbinical court over the complaint that we were violating the Jewish law of “Bar Metzra”. “Bar Metzra” is a fascinating legal discussion in the Talmud (Bava Metziah, 108) centered around a case of two parties vying to purchase a property and whether or not the owner of adjacent properties has preferential rights to purchase the piece of land close to his.

As a devoutly religious man, my father instructed us to show up to the rabbinical court where they researched and weighed both sides of the dispute and their conclusion was that we had to give the “neighbor” preferential rights to purchase the office building. So we called up the firm representing the property and they were flabbergasted. They even sent a delegation to our office basically saying, “There is no basis in Canadian law for this and that guy has no case!”

But my father emphatically said, “The bottom line is that we conduct our business according to the ethical code of the Torah.” So we transferred the sale over to the other party. This impressed upon me that honesty and ethics must come before anything else and are the key drivers of a religious businessman.”

My parents are Holocaust survivors and every morning my children and I learn Talmud with my father before we head to the office. There’s a Talmudic teaching (Tractate Shabbat 31a) that after one passes away and ascends to Heaven, the very first question the soul is asked is “Did you conduct all your business affairs honestly?”

RLW: Did you and your family ever have to sacrifice because of these values?

SG: Yes, I remember one time my brother Mayer bought a building in Manhattan which housed an Andy Warhol exhibit. We sold off some of the paintings and artwork, fixed it up and placed it back on the market. A fierce bidding war broke out and one guy called us on the phone and offered us the price we wanted. It was Friday afternoon and we were heading out of the office to go home for Shabbat and we told him, “It’s a deal!” 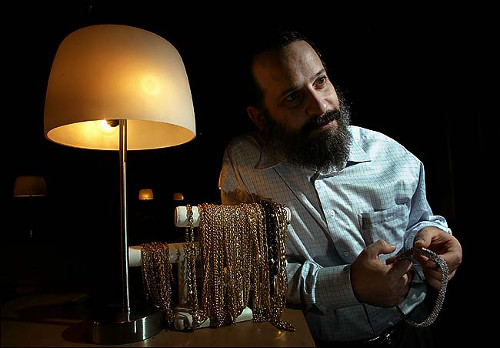 Mayer returned Monday morning to see that a fax had come in over the weekend offering us $300,000 more than what that guy had offered. Although we hadn’t signed any documentation and there were many ways we could have handled this, we didn’t have a doubt in our minds as to what the right thing to do was. We had given our word and we would honor it.

RLW: It’s obvious that your Jewish values have had a big impact on how you do business. Are there any specific mindsets from your Jewish upbringing that you credit with bringing you success?

SG: Yes, I credit my Chabad Yeshiva schooling with imbuing me with some attitudes that have helped me in business. One example is the time I was in New York City working out of a hedge fund office there and was invited by some of the head guys there on their private jet heading to the West Coast. They told me that there wouldn't be kosher food on the flight. At first, I thought that I didn’t really need to eat and it would be worth it to get there quicker on the jet. But then I had an idea and called up the local Kosher deli and asked them to deliver enough of their best sandwiches to feed all the 8 people on the flight. I asked the limo driver they sent to pick me up to stop on the way to the airport and picked up the sandwiches.

When I got on the plane, one of my partners asked, “What’s in the bags?” I replied, “When I travel, I bring food for everybody.” Not a single person ate the airplane food as they all wanted to try “the Kosher option.” They loved it and to this day even some of the Christian businessmen on that flight still order Kosher sandwiches from that deli when they’re in the neighborhood.

But what meant the most to me was when one of the partners who is Jewish approached me and said, "Thank you. I only eat Kosher food but was too embarrassed to say anything.” I think my Yeshiva education taught me not just to be proud of who I am but to have the confidence not to be intimidated by status. Just as I approached high-powered executives wearing fancy suits in the streets when I was just a young kid to offer them a chance to put on Tefillin, so too I’ve closed many deals by having positive chutzpah to call up the owners and CEO’s of companies whom others might have been too intimidated to reach out to.

RLW: Have you learned anything in the business world that’s made you a more devout Jew?

SG: Actually, the main thing working in business has taught me is that “it’s not you.” In other words, I look back at the trajectory of various business deals and companies I’ve started and see there’s a higher power guiding the random coincidences and opportunities that have come my way. If you start thinking it’s all you, then you limit yourself. But when you know it's God running the show, the positives can be unlimited.

RLW: As a Chabad Hassid, have you ever received any business guidance from the Lubavitcher Rebbe?

SG: When I met with the Rebbe, he blessed me that I should accomplish “more than I can measure in a way that I could see it.” To this day, I consider making money a spiritual matter as well and I view my drive to create wealth and to innovate through the lens of the six days of creation. Just as Hashem’s six days of creation led to the holy and peaceful Shabbat on the seventh day, so too my drive to create and innovate is fueled by my desire to utilize my resources to make the world a more heavenly space.

I glanced at my watch, marveled at how late it was and muttered some comment to Shmuel about time passing when you’re having fun. He pulled out his iPhone and proudly uttered the traditional “after-blessing” of gratitude for the drinks we had. As I shook his hand and got up to leave, I knew that I was walking away not just informed but profoundly inspired.

Presidential Quotes about Jews and Israel

Antisemitism and Four Travesties of Justice

The Angels in Hell
The Promise Of The Land
Which Chat Are You On?: Parshas Behar/Lag Ba’Omer
Do You Like Slow-Cooked Food? Thank the Jews
Comments
MOST POPULAR IN Society
Our privacy policy