Murmurs in the Dark 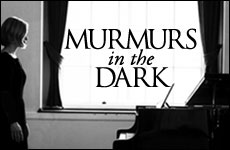 Many of my patients seek something far more difficult for me to give than medical advice.

A few months ago near my office, I noticed a partially blind man walking along the street. I began to see him daily, his cane tapping the way in front of my building, and I watched as he tried to approach passers-by with his lopsided smile and cloudy eyes. Each day I would cringe as, almost invariably, they would look away, cross the street, or create a wide arc to avoid him.

When he was able to ensnare someone, he got a little too close, spoke with his somewhat garbled voice a little too loud, and his head jerked up and down excitedly as they smiled gamely, looked aside, and left as soon as they could. As person after person left him with his cane and broad grin, I watched as he stood abandoned in the middle of the bustling sidewalk and ached for how isolated he must feel.

It saddened me that his obvious disability created an almost physical barrier. What I have realized though, in my 10 years of practicing medicine, is that loneliness is not merely the affliction of the disabled; it is far more pervasive.

Numerous times I am confronted by patients seeking not only medical advice, but something far more difficult for me to give.

A few weeks ago, I was called by a woman in her eighties at 10 PM. She was concerned about how to take her medicine the next day so as not to burden her grandson who was taking her for a special outing. We planned a strategy and got off the phone. At midnight she called and reiterated the times she was to take her medicine.

But I had heard it. The desperation. After years of these late night phone calls I have learned to recognize it in the lingering at the end of sentences, or the longing desire to engage me in conversation.

Trying hard to sleep and talk simultaneously, I whispered, "Yeah, he sounds great... good night... sleep well." A few more minutes of that and I was finally able to get off the phone.

She had paged me because the night was cold and so long, and she was alone.

At 2 AM when she called, my husband groaned and got up to find a quieter place to sleep. She again needed to review her medicines, but I could hear the fear in her thin voice. Though I was exhausted, I knew she hadn't called about her medicine. She had paged me because the night was cold and so long, and she was alone. I could almost feel her clinging to my words so I stayed on the phone awhile and hoped that my groggy, disjointed murmurs into the dark offered her some relief.

As their worlds diminish by deaths or illness, many old people are left by themselves, but it is not only because of their failing bodies.

One of my patients in her mid-seventies, who I hadn't seen in a year, came in for an exam. A cancer survivor, I remembered her as a spunky, no nonsense woman, a firestorm with wrinkles and white hair, who despite being hunched over with osteoporosis, traveled the world. I noticed a distinct difference this year -- her thinning hair was put up in a jaunty clip and a bright lipstick covered her cracked lips.

That was the difference. She showed me where the surgeon had taken fat from her abdomen and injected it into her face to make "cheek bones."

"But the fat is slipping toward my ears..."

I was surprised. The year before she had seemed the type to scoff at such frivolity, but she continued. "I was in Egypt and had this tour guide... so handsome... you know what I mean..." She pursed her lips conspiratorially. "It's just that... it's just that..." This is when her voice became small and hesitant. "He didn't see me... I chatted and joked... but he just didn't see..."

She lowered her eyes so I wouldn't see they were wet. "I may look like this, but I still feel like I'm 25... and now I have fat ears..." She sighed and tried to smile, but I could see the despair.

I began to recognize how lonely it must be to be so marginalized and misunderstood in a youth-oriented society.

I began to recognize how lonely it must be to be so marginalized and misunderstood in a youth-oriented society. Since then, when I see the aged, their bright eyes forced downward by necks contorted with arthritis or imprisoned by wooden faces immobilized by strokes, occasionally being pushed by foreigners speaking into cell phones, I seek out their eyes to let them know I see.

I would have thought that loneliness is solely the purview of the aging in a culture that doesn't treasure its old, but my years of practice have taught me otherwise.

Frequent moves, long work hours and fewer family relationships isolate the younger too. One of my patients -- a beautiful singer/songwriter who just released her first CD -- called me at 5:30 AM, begging to get an early morning appointment. When she came in, her hair pulled back and dark glasses on, she slumped and absently fidgeted with her scarf.

"I'm so sorry to have called you so early this morning. I waited as long as I could." She pulled off her glasses and her eyes were red and swollen.

I looked at her grayish face and thin lips and recalled the cover of her CD where she stood sparkling, poised and confident, and was shocked at the change.

"It was a hard night." She was staying at the Beverly Hills Hotel because her house was being fumigated. "I don't know what happened," she said, "but suddenly I felt this sense of dread and my heart started racing, and I felt like I couldn't breathe."

I saw that she was winding and unwinding her scarf tightly through her manicured fingers. "I tried to relax, but my heart kept pounding. I didn't know what to do." She was breathing shallowly. "It was horrible... I thought I was going to die..." Her breath wheezed through clenched teeth. "I wanted to call 911, but I felt so stupid. Instead I called room service because I didn't want to die alone." She looked up at me unblinking and pinched her palm with her nails. "I thought I was going to die," she whispered and shuddered.

"I hugged tightly to my stuffed Dumbo, curled up on the bed and finally at about 2 AM I slept a little." She shook her head. "I never want to go through anything like that again."

A full work up revealed that she most likely had a classic panic attack. But it is the image of that stunning young woman alone in the middle of one of the most expensive, opulent hotels in the world shaking uncontrollably and clutching a stuffed elephant that stays with me.

I hear the loneliness that hovers at the edge of late night phone calls and lives in the silences.

I have come to learn that loneliness is a universal problem. And while people don't offer their loneliness up very readily, I hear it. I hear it in the echoes of what they say. In the hush of unfinished answers when I ask about spouses and kids and in the void when I question about support systems and social networks. It hovers at the edge of late night phone calls and lives in the silences.

But in the era of cell phones, emails, BlackBerries and BlueBerries, when people are able to be connected now more than ever before, why are so many so alone?

I don't know, but something I saw the other day gives me hope.

It was the blind man. But this time he was not alone. Close to him was a woman with a slightly misshapen forehead, milky eyes and unmatched clothing. I watched, that bleak December morning, as they leaned forward and spoke to each other with garbled voices -- a little too loud, and a little too close. A few minutes later, the blind man was exclaiming so excitedly that his head started to rock back and forth. As if by instinct, the woman linked her arm through his and she too began to rock.

My throat caught as I watched the two of them sitting at the bus stop, canes propped to the side, heads bobbing up and down in unison, huddled together against the cold.

9/11: Forgive and Forget?
Bechukotai 5782: Divine Retribution
Behar 5782: Working to Live or Living to Work?
The Wholeness of Being Broken
Comments
MOST POPULAR IN Society
Our privacy policy