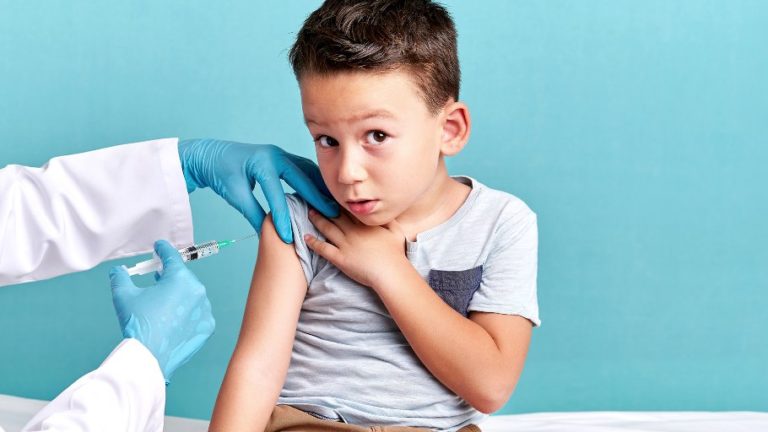 Jewish law regarding health and medicine has always mandated following what the medical establishment and majority of doctors believe.

The “question” some pose about vaccination is not one of lifestyle. It is not comparable to a debate about veganism versus vegetarianism versus carnivorism, or whether coffee is good or bad for you. Plain and simple, regardless of your “philosophy” or approach regarding health, “clean and healthy living” doesn’t prevent measles, mumps or influenza or from transmitting them to others. Vaccination is about far more than personal choice. Because we all interact with one another and potentially transmit diseases to one another, vaccination is about public policy and public health.

Because we all interact with one another and potentially transmit diseases to one another, vaccination is about public policy and public health.

Here are some basic facts about measles that the average person, including those who vaccinate, may not be aware of but that inform the new policy and why we feel strongly about it. We have no reason to think about them any differently than statistics about diabetes, breast cancer, or lead poisoning that help us make informed decisions in our lives and help set policy for the communities that we are responsible for.

Put simply, illnesses that were thought to be virtually eliminated have not only resurfaced but are close to epidemic proportions with over 170 cases of measles in New York, New Jersey, and Washington, just since September. What happened? Unvaccinated children and adults have provided fertile ground for the virus to take hold and spread. In Jerusalem, an unvaccinated baby recently died from measles, the first recorded death from measles in Israel in the past 15 years.

This isn’t about clean and healthy living; it is about following protocol and policy that has been universally embraced by the established medical community in America and across the world. While different countries have slightly varying vaccination schedules, there is literally no debate as to the efficacy and critical importance of vaccination.

Describing those who oppose vaccinations as having “come to different conclusions” is similar to presenting those who think the world is flat, or that 9-11 was an inside job, or that we didn’t really land on the moon as also having come to equally legitimate but simply “different conclusions” than the rest of us. These are equally ludicrous conclusions but with one critical difference. If you think the world is flat or these other events never happened, you don’t directly endanger anyone else, no matter how wrong or inaccurate you might be. If, however, you believe or defend those who believe that we need not or should not vaccinate, you are, without exaggeration, taking other people’s lives into your hands.

If you believe we need not or should not vaccinate, you are taking other people’s lives into your hands.

There is more data supporting the safety and efficacy of vaccines than there is for most other medical therapies that we regularly engage in without as much as a thought, including those who don’t believe in vaccines. Thus, we find no more reason to doubt the veracity and motive of this broad consensus than we do to question recommendations about seatbelts, teeth-brushing, or cancer screening. To embrace skepticism without substantiated claims just because of vocal opposition would be not only irresponsible but outright dangerous.

When vaccination rates drop, everybody is at risk. While no medicine or preventive measure can guard against everything and anything, vaccines are the best tool we have in promoting and maintaining our health. Pretending that this data doesn’t exist doesn’t make it so.

In fact, according to epidemiological data, the public health campaign of vaccinations is the greatest medical achievement of mankind. Ever. Diseases that once regularly took the lives of young children, disfigured millions, and ravaged communities are simply gone. Because of their success and our collective unfamiliarity with those conditions, some people have a hard time believing that this was once our reality. But it’s only because we’ve been so vigilant about vaccinations that it’s been this successful. The emerging realities in New York, New Jersey, and Washington State are just the tip of a potentially very deadly iceberg.

We believe that it is an imperative for us to take steps, as individuals and as a community, to protect our health. Not only is doing so not spiritually problematic, it is what is religiously demanded and expected of us. When God created the world, He deliberately left it imperfect. He left it for us to repair, discover, manipulate and complete His creation. Modern medicine is one of the greatest gifts that God planted in this world so many years ago. When we use it, when we build off the discoveries of those who came before, and can even now proactively and preventively prevent disease, we are partnering with God in perfecting His world.

If you think that “clean and healthy living” has managed to eradicate smallpox, haemophilus influenzae, and polio instead of an aggressive vaccination campaign, you aren’t looking at historical facts with an alternative perspective on health and healing. You are just wrong.

If you believe that the earth is flat, you don’t have a different perspective on geometry and physics. You are just wrong. If you think that vaccines cause autism and are putting thousands, nay, millions of kids in danger each year all in the name of some Big Pharma conspiracy, you aren’t looking at the current state of medicine with an enlightened lens. You are just wrong.

If you walk across a six-lane highway without looking both ways, you aren’t demonstrating an unflinching faith in benevolent providence that God will protect you. You are acting like a dangerous fool and it would be you, not He, who is responsible for the potentially fatal consequence. Similarly, when it comes to disease and medicine, God does protect us, by enabling and empowering us to do successful scientific research and discover drugs and vaccines that can protect us, heal us and extend our lives. Embracing those findings and using them is expressing faith in God. Ignoring them is ignoring God’s gift and benevolence to us.

Every recognized major rabbinic authority supports getting vaccinated and does not oppose school policies that don’t allow unvaccinated children to attend.

But even if you are unconvinced by the preponderance of evidence supporting vaccination, Jewish communal policy would and should be unchanged. Historically, Jewish law regarding health and medicine has always mandated following what the medical establishment and majority of doctors believe at the time, even if that could change.

Given the medical community’s current consensus and recommendations, we do not believe that Jewish law allows us to ignore them in formulating policies for our communities.

There is a broad rabbinic consensus from the Charedi to Modern Orthodox, from every segment of the halachic community and across the full spectrum of orthodoxy. In fact, we do not know of even one recognized rabbinic authority who, in the reality of the current outbreak, supports not getting vaccinated or opposes school policies that don’t allow unvaccinated children to attend.

We shouldn’t simply dismiss, reject or cast to the side those that are unwilling to follow the vaccination policy, no matter how misguided we think they are. We should be, and we are, concerned with their future place within the community and their children having access to Jewish education. They are our brothers and sisters and we love and care about them, even though they are wrong about this issue and have concerns with how their position impacts us. And it goes without saying, they are still our dear friends and neighbors, and their place in our community is not defined by this one issue.

Because every soul is important we are promoting policies that will protect and preserve the health of all our precious souls based on current medical guidelines, a policy Torah and Halacha have always followed.

We have each met with families who have concerns and are affected by our vaccination policy. We have sought to hear them and to feel their pain. We, too, are deeply troubled and worried about Jewish children who are missing out on a Jewish education as a result of the policy, only we place the burden of responsibility to avoid that on their parents, not the schools.

We are greatly sympathetic to the feelings of isolation or marginalization that non-vaccinating families must be enduring. But let’s be clear – nobody has kicked them out or excommunicated them. They have been, currently are, and always will be welcome in our schools, provided that they comply with our safety policies. Schools are entitled to, and responsible for, having policies regarding safety, whether it relates to drugs, weapons, or health standards.

Rabbi Dr. Aaron Glatt, assistant rabbi of the Young Israel of Woodmere, put it well when he recently wrote:

Imagine if parents were to insist their child come to school armed with a revolver. Would even the most ardent gun rights activist defend them? Of course not. So why are we letting children come to our shuls, schools, and camps spreading serious potentially life-threatening illness that could have been prevented by vaccination?

We continue to pray that our community and the world embrace the breakthroughs that God has enabled us to achieve and that He inspire all to utilize them in a way that eliminates disease and illness from our midst.

Golda and the Terrorists

5 Ways to Raise Kids to Love Being Jewish