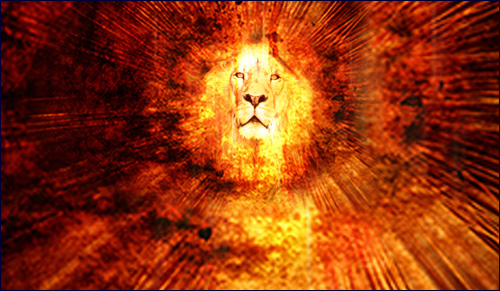 By every measure the Jewish month of Av is tragically , one in which the worst disasters in our history took place.

Disaster is no stranger to us. In many ways it is part and parcel of God's covenant with Abraham. When Abraham was told that his people would be chosen, God told him that there would be a price to pay. What is that price? One look at Jewish history tells us two pieces of information that make us . One is that we don't disappear because we recognize that we are a people who are united in what the Vilna Gaon would refer to as "rectifying ourselves and rectifying the world." The other is that the when we try to disappear, the results have been disastrous.

Abraham was a seeker. His search took him far beyond his one land, and even further from the assumptions that virtually everyone else in the entire world had about life. To Abraham, God was not only in the heavens, but very much here in the earth, with us. Abraham integrated the world of thought with the world of action. While other religious thinkers at the time would be deep in meditation, Abraham was chopping vegetables and serving platters of food to his innumerable guests.

He was not a glorified version of Conrad Hilton of the ancient world. What did Abraham have in mind?

Abraham believed that the world of thought, emotion, and action were never meant to be fragmented into three autonomous worlds, out of touch with each other. Life should be seamless. God promised him that his path would not disappear when he dies. He would father a nation, and they would preserve his heritage.

When God promised him a future, Abraham had one question. "How do I know that I will pass on this inheritance?"

Abraham did not doubt God's power. He had followed God from Ur to Israel, Egypt, and back to Israel without ever once expressing the slightest reservation. He was concerned that his descendants might make choices that would in effect divorce them from their Creator. The fact that he was devoted, compassionate, and willing to make sacrifices was no guarantee that his children would not be self-centered materialists. After all, how many of us live lives that are really carbon copies of the lives of our parents and grandparents?

Bring me threefold heifers, threefold goats, threefold rams, a dove and a young pigeon. (Abram) brought all these for Him. He split them in half, and placed one half opposite the other. The birds, however he did not split. Vultures descended on the carcasses, but Abram drove them away.

When the sun was setting, Abram fell into a trance, and he was stricken by a deep dark dread. (God) said to Abram, "Know for sure that your descendants will be foreigners in a land that is not theirs for 400 years. They will be enslaved and oppressed... A smoking furnace and flaming torch passed between he halves of the animals. On that day, God made a covenant with Abram saying, "To your descendants I have given the land." (Genesis, 15:9-18)

God is telling Abraham that there are two ways that our identity will be preserved. One way is through the sacrificial offerings. It isn't necessary to view sacrifices as archaic. The Hebrew word for sacrifice, "Korban," literally means an object that brings something close. The animal self within us (and let us be honest, we have quite a menagerie tucked away in our psyche) can distance us from God by making us less and less aware of the part of us that is real, enduring, and ultimately most genuine -- our spiritual selves. The way the animal self was uplifted during the time of the Temple was actually through touching and offering an animal that was, in a certain sense, our twin, and letting the experience change us.

Today, we uplift our inner selves through prayer, and the outer world through mitzvot (observing God's commandments) that involve our relationship to our animal selves. Mitzvot like the laws of keeping kosher, take us along Abraham's path of seamless devotion to God, uniting the physical and spiritual worlds.

Suppose we opt out? Free choice is never removed. But God will not allow us to choose, as a nation, spiritual oblivion. We will be exposed to beastly empires. The German wolf was no mascot. It was a symbol of everything German. We will suffer, be enslaved, and find alienation where we yearned for acceptance.

"Your descendants will be foreigners in a land which is not theirs....they will be enslaved and oppressed." We have lived out this prophecy in Egypt (the first exile, and prototype of all future editions), in Babylon, Greece, and Rome. While these names seem distant and dusty, they are underpinnings of the civilizations that have attacked us with bestiality that almost defies words.

We have emerged from each confrontation with the vulture that seeks to consume us, shaken but alive.

What words are there in human vocabulary that described what happened in Auschwitz, in Treblinka, in Eastern Europe? In York where a castle was burned along with the Jews hiding inside? In Spain where they burnt people at the stake for the crime of being Jewish?

We have not disappeared from the map. We have emerged from each confrontation with the vulture that seeks to consume us, shaken but alive. Whatever else we knew when we left the camps, it was that what we are and what we want to be cannot even remotely resemble what the Germans have chosen to make of themselves. This is not to the Holocaust, but rather is what has prevented us from disappearing into Babylon, Spain, or Greece. In each instance we rediscovered ourselves by facing the mirror and rejecting the image that we once thought was our own, knowing now beyond a shadow of doubt that it is not our image, nor it will ever be.

The month of Av is the time in which we confront this aspect of our history.

The astral sign of the month is the lion. It symbolizes our encounter with raw force. Interestingly, the first day of Av is the anniversary of the passing of Aaron, Moses' brother, who was known as the ultimate man of peace. What this tells us is that that although we may currently be distant from God and from our higher selves, ultimately there will be the peace that he envisioned; peace that is based on the emergence of our higher selves and the part of us that is man not beast. Nothing can be further from this than the peace based on mutual fear that is all we can realistically aspire to if we see the current war in Israel without its historical frame.

The Talmud tells us that the Messiah will be born on the 9th of Av. This is the day in which both Temples were destroyed, the Spanish expulsion of the Jews took place, and World War One, the "parent" of World War Two, broke out. What this tells us is that the same covenant that promises suffering, promises redemption. They are two sides of one coin; labor and birth.

The fact that we are here at all in the 21st century is nothing less than a miracle.

We may never allow ourselves to forget what we have suffered. The fact that God is committed to never allowing us to disappear does not exonerate those who have perpetrated history's worst crimes against us. Their intentions were evil, their choices were made consciously, and most significant of all, their bestiality knew no bounds.

We must also not allow ourselves to forget who we are, and why we have survived. We are God's people with a mission to fulfill Abraham's covenant. We aim towards living seamless lives, elevating the physical, and having faith in God. The fact that we are here at all in the 21st century, that we have not forgotten who we are, and that we are committed to continuing to live out our covenant is nothing less than a miracle.

The 15th of Av was a time of joy. In ancient times it was a day in which marriages were arranged, and new beginnings celebrated. It was a time in which we began again, expressing not just who we don't want to be, but who we can be.

May this Av bring us joy, fulfillment, and consolation.

Why Jews are the People of the Moon

Tammuz: Forces of Nature
Blessing on Chewing Gum
Was Rahab a Prostitute?
Extras In Our Own Epic
Comments
MOST POPULAR IN Tisha BAv
Our privacy policy