We must feel the pain of exile if we have any hope of reversing it.

Why hasn't the Holy Temple been rebuilt? 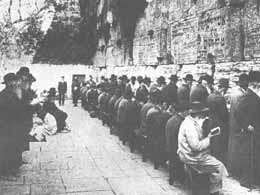 Today, the Jewish People are striving to return to a level whereby they will merit once again to have the Temple. It can be rebuilt at any moment. The Midrash says that the Third Temple has already been constructed in heaven, and merely awaits our preparations here on earth. Furthermore, in every generation an individual exists with the capacity to step into the role of the Messiah.

We must feel the pain of exile if we have any hope of reversing it. Like orphans who never knew their parents, we risk going about our daily lives insensitive to the lack of a healthy spiritual world. If we hope to have the Temple rebuilt, we must strive to understand what the loss of the Temple means – and how we can connect with our destiny, our struggle, our mission and our identity as a people.

The story is told of Napoleon walking through the streets of Paris. As he passes by a synagogue, he hears the sounds of people weeping inside. So he turns to his assistant and asks, "What's going on with the Jews?" "Today is Tisha B'Av," came the reply, "and the Jews are mourning the loss of their Temple." Napoleon looked toward the synagogue and said, "If the Jews are still crying after 1800 years, then I am certain the Temple will one day be rebuilt!" The tears we shed for the destruction, are precisely those tears which bring about redemption.

The Jewish People are clearly heading toward redemption. One apparent sign is that the Jewish People have returned to the Land of Israel and made it bloom once again. A major movement is afoot of young Jews returning to Torah tradition.

G-d is ready when we are. For as King David writes in Psalms 95:7: "(Redemption will come) today – if you hearken to His voice." 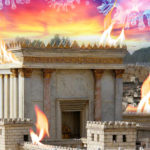 Taking Out My Box of Grief3 min read

A Home for the Soul7 min read