Moments of Choice, Lives of Greatness Part I 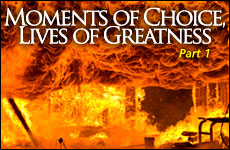 My neighbor, my superhero.

I have neighbors here in Jerusalem who make me cry. Every time I see them – in the grocery store, on the bus, or at a wedding – I am moved to tears by their sheer greatness. They look like the rest of us, but in their presence I feel as star-struck as when, some 30 years ago, I found myself sitting at an airline gate directly across from Jackie Kennedy Onassis. In my estimation, each one of these women dwarfs Jackie O in greatness, yet they move through the streets of Jerusalem incognito, disguised by their humility in lieu of sunglasses.

Each of them lunged into greatness at a particular moment, but the years of effort and exertion that followed that moment are perhaps more remarkable than their initial choice. Many of us can be heroes of the moment; few of us can be champions of marathons that last for years.

Her deformity was in fact her badge of honor, the perpetual memento of her heroism.

I have to admit it: The first time I ever saw Chaya Malka Abramson, I recoiled in horror. I was on an overcrowded bus that stopped at Mount Zion, and a woman got on and stood in the aisle near me. The skin of her face looked like crepe paper, alternately crinkled and taut. I had no idea that her deformity was in fact her badge of honor, the perpetual memento of her heroism.

Connecticut-born Malka Abramson was a 30-year-old mother of three young children when her family moved into a new apartment in the Jewish Quarter of Jerusalem's Old City. Her husband Simcha played in the legendary Diaspora Yeshiva Band. On December 2, 1981, Simcha departed with the band for an American tour. Malka's 78-year-old grandmother was visiting Israel at the time. She offered to stay with Malka and her children that night so they wouldn't be alone. She had a reservation to fly home to the United States the following day.

In the middle of the night, Malka was awakened by her grandmother's voice shouting, "Malka, Malka, I smell gas!" Malka leapt out of bed and raced to her children's room. She smelled nothing. Then she raced toward the living room where Nana had been sleeping on the couch. She was stopped dead in her tracks by an invisible wall of gas. Somehow, she broke through it and into the living room. "Open the windows!" Nana cried frantically.

Malka opened the three windows. Then she heard a loud, echoing noise. Suddenly the entire room was on fire.

Malka was engulfed in flames. She ran through the conflagration, down the hallway, and into her bedroom. She dove onto her bed and rolled herself back and forth until the flames burning her body were extinguished.

She ran back into the inferno to rescue her two other children.

Her nightgown was completely burned up. She quickly donned her bathrobe, then raced into the children's room. She grabbed her two-year-old son, ran down the hallway, out the door, and out of the building. She thrust her son into the arms of one of the neighbors, who had been awakened by the smoke. Then she ran back into the inferno.

She sprinted down the hall back to the children's room, pulled her four-year-old out of bed with her burnt right hand, then lifted the baby out of the crib. She raced with them out of the apartment to safety outside the building.

A crowd had begun to gather. She searched their faces for her grandmother, whom she assumed had escaped from the apartment on her own. She could not find her. With horror, Malka realized that her grandmother must still be inside the blazing apartment.

She thrust her children into someone's arms, and went back inside the building. A man in an army jacket was standing at the door of the apartment. "Can you go in and get my Nana?" Malka begged him. He looked into the blazing apartment and shook his head.

That was the moment that forged Malka's greatness. Most mothers would have burst through the flames to save their own children. Malka plunged back into the inferno to save her grandmother.

She found Nana and shepherded her outside. They were both taken by ambulance to Hadassah Hospital. Of the two, Malka was by far more seriously injured.

Malka suffered second- and third-degree burns on 85% of her body. As later reported by her attending physician Prof. Menachem Ron Wexler in the New England Journal of Medicine, no patient with more than 50% burns on his or her body had ever survived. Malka's relatives were told that her chances of living were a slim 10%.

Serious burn victims usually died of shock within the first few days, or infection in the succeeding weeks. Malka was on the critical list for six weeks, her life hanging by the thread of her faith in God's goodness and her determination to again be a wife to her husband and a mother to her children. As she later wrote: "Life was the only thing worth fighting for. My relationship with Hashem [God] grew very intense."

The family's rabbi added to her name "Chaya," meaning "life." After a week in the I.C.U., Chaya Malka was transferred to the Burn Unit, where she spent almost four months. Although heavy doses of morphine had dulled her pain during the first week, the doctors, fearing addiction, stopped the morphine and replaced it with drugs that did little to ameliorate her excruciating pain.

The treatment for burns rivals the tortures of the Inquisition.

The treatment for burns rivals the tortures of the Inquisition. Due to the life-threatening danger of infection because the protective covering of the skin was missing from 85% of her body, Chaya Malka had to be bathed twice a day. Her entire body – every limb, digit, and joint – was wrapped in sterile bandages like a mummy. With nothing but Valium to sedate her, Malka was rolled into the room with the bath. Her portable bed was lifted up by a crane and suspended over the bath, which was the size of a small swimming pool. Then she was lowered, stretcher and all, into the water. As Chaya Malka describes the process in her book Who By Fire:

The nurses would lean over me in the water and slowly begin to unravel my white gauze bandages, limb by limb, joint by joint. The feeling of having these bandages removed was like having my skin ripped off. Sometimes after the bandages had been taken off, the nurses would scrub my raw flesh.

At first her husband Simcha would come in the mornings to visit, but hearing his wife's blood-curdling screams from the bath so devastated him that he decided to come later in the day.

Little wonder that, as Chaya Malka recently told me, many burn victims die not from their burns, but from giving up. 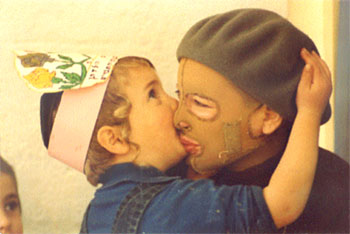 Chaya Malka did not give up. When after four months she was released from the hospital, she was outfitted in a Jobst pressure suit. This elastic pressure suit prevented burn scars from becoming elevated and disfiguring. It encased her entire body, from head to toe, with openings for the eyes, mouth, etc. Her healing skin itched torturously, and the Jobst suit prevented her scratching to relieve the itching. Despite this, she valiantly wore the suit for two years.

The year after the fire, Israel became embroiled in the Lebanese War. The Burn Units of Israel's hospitals became flooded with young soldiers. Chaya Malka decided to take on a mission: to visit these young burn victims and encourage them. Returning to the scene of her own trauma was one more act of courage in a woman who had by then survived by her faith and courage alone.

In 2003, Chaya Malka founded the Chaya Malka Burn Foundation. It provides both emotional support in the form of Chaya Malka's personal visits to burn victims throughout Israel and financial support to buy Jobst suits, which cost $1800 each and have to be changed every time the victim's size alters due to reduced swelling, gaining weight, etc.

Eleven years after the fire, Chaya Malka was confronted with another challenge: She gave birth to a daughter who has Down's syndrome.

In the wake of Chasya's birth, family friends could not believe that after the fire, Chaya Malka was being put through another ordeal. "And now this?" was their state of disbelief.

Chaya Malka and her husband Simcha became depressed and felt emotionally detached from God. But after three months, they woke up and reconnected. "We remembered that everything God does is good," Chaya Malka recalls. "When you remember that God loves you, and that you're connected to Him, and you feel precious, and you know you're His beloved child, then you can't get depressed. Then you know it's not a punishment, that it's an opportunity to grow even closer."

Instead of calling Chasya a "Down's child," they started calling her an "Up's child." She lifted them up spiritually. From when Chasya was two years old, her mother would watch her doing kindness to other members of the family. When another child would cry, Chasya would go over to her, sit next to her, and be with her. "I learned from watching Chasya," declares Chaya Malka, "not to blame people for their pain, but to just show them your support. When I used to see people in pain, I would say, 'Oy vey!' Chasya taught me to think instead: 'What can I do to help?'"

Chaya Malka now feels privileged to have a child with Down's syndrome. "God obviously knew what He was doing. He saw my potential and gave me this gift in order to help me learn so many precious lessons."

For the last decade, Chaya Malka has been doing lecture tours in America. She speaks about the fire, about appreciating life, trusting God, and doing acts of kindness. But her favorite subject is her daughter Chasya.

It's amazing what pure gold can emerge from fire. 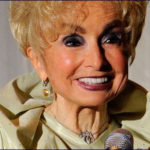 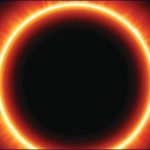 Experiencing the Awesomeness of God in Casper, Wyoming4 min read

A Kiss from Above7 min read 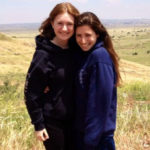