The Tragedy of Million Dollar Baby

The Academy Award-winning film forces us to assess the value of life amidst a shattered dream.

The Academy Award-winning movie, Million Dollar Baby, strikes deep at the issues of self-worth and the value of life. Maggie Fitzgerald (Hilary Swank) is a tough-luck waitress, who persuades a grizzled old trainer named Frankie Dunn (Clint Eastwood) to help turn her into a world-class boxer. On the strength of believing in herself, Maggie reaches the pinnacle of success and is about to become world champion.

Suddenly, an injury renders Maggie permanently paralyzed from the neck down, unable to move, and dependent on a respirator to keep her alive. She is mentally alert, but feels no reason to go on living.

We can all identify with Maggie's suffering: the glory that could have been and the horrible turn of events that has left her helpless. Without hope of recovery, she attempts suicide, before finally persuading Frankie to help her die.

Let us analyze the issues raised by the movie: Why would someone ask to die and should we be willing to oblige? We take for granted a world where patient autonomy is the overriding ethical principle to which all other considerations must bend. Common wisdom declares that the wishes of a patient, whether they be for more treatment, less treatment, or physician-assisted suicide, must be respected and carried out.

Yet let us consider: If a physically healthy person, with a stable family, wealth, and a successful career, would state that he wants to die, we would naturally find it hard to support such a decision. The stated reason, whether devastating or trite, would lead us to conclude that this person is depressed and needs emotional support and possibly psychiatric treatment. Stories of businessmen jumping off buildings after a stock market crash fill us with pity for the lost chance at intervention, not a feeling of satisfaction of them "having done the right thing."

So we need to ask: Is Maggie's decision to die reasonable? She describes her previous fame, the crowds chanting her name, and feels that having achieved that exulted status, there's no point in living as a quadriplegic. "I had it all," Maggie tells Frankie, "so don't take it away from me."

From a Jewish perspective, euthanasia is never permitted. Judaism recognizes that a person has the autonomy to make healthcare decisions, but insists that they must do so in a prudent manner (see "Doctor Knows Best?"). Jewish law does not require the preservation of life in all instances, and in fact, when someone is terminally ill and suffering, we do not necessarily require treatments to prolong life. (See: Should Terri Schiavo Live or Die?) Yet Judaism categorically states that one may never actively shorten the life of even a terminally ill patient. Jewish law approaches the preservation of life as a moral obligation, but recognizes that there are times, particularly when a patient is terminally ill, when intervention should not be performed. We are certainly never permitted to shorten the life of someone like Maggie who is in a very compromised state, but not dying.

But it does not require an edict from the Code of Jewish Law to recognize that Maggie is making the wrong choice. From a purely humanitarian approach, we may still question her autonomous decision.

Indeed, Maggie's severely disabled state is an enormous challenge to the human spirit. But in such a state of presumed depression, is it in her best interest for us to give her decision-making autonomy to end her life?

We typically grant decision-making autonomy only where someone has a legitimate right and ability to decide. For instance, we limit the decision-making autonomy of children and of those who are mentally impaired. We, as a society, do not feel they are in a position to make prudent decisions. What is prudent is subjective, but that does not stop us from establishing societal norms.

In Million Dollar Baby, what is presented as a question of the right to die is perhaps a distraction from the deeper question of responsibility to help our fellow human being.

Our society is so enamored with autonomy that we sometimes fail to consider other issues. In Million Dollar Baby, what is presented as a question of the right to die is perhaps a distraction from the deeper question of responsibility to help our fellow human being. When crisis hits, we must help our neighbor to dig deeper and solve the root of the problem even when they wish to die. As the Torah teaches, "Do not stand idly by as your neighbor's blood is shed" (Leviticus 19:16). No one would consider it moral to yell "jump" to a person standing on a high ledge. The bystander on the street would presume that the potential jumper is distraught and needs emotional support and help.

So perhaps the real ethical question is not "why does Maggie want to die?", but why there is not a greater offering of emotional support? As a society we would rather take a person's cry for help as a cry for death, rather than adequately fund the social services necessary to help people choose not to die. It has been repeatedly shown that for a terminally ill patient in a hospice, the desire to live or die is closely tied to the quality of pain relief and emotional support. Why isn't Maggie offered any psychiatric treatment for her depression?

The message is that disappointment over a shattered dream is a greater tragedy than death itself.

A study was done of those who survived attempted suicide by jumping off the Golden Gate Bridge. Almost uniformly, these people reported regretting their decision to jump. One man told New Yorker magazine that upon jumping, "I instantly realized that everything in my life that I'd thought was unfixable, was totally fixable -- except for having just jumped."

Often we fail to recognize that a cry for death is really a cry for help. E.S. Shneidman, founder of the American Association of Suicidology, explained: "The paradigm is the man who cuts his throat and cried for help in the same breath."

So perhaps the real question is not whether we should be assisting those who wish to die, but rather how we can help people like Maggie choose not to die.

Eye to the Future

Is it really possible for a person to want to live following an injury like Maggie's? We need not look to the world of fiction for an answer. Let's look at the real-life experience of someone who was at the height of fame and then suffered a devastating injury similar to Maggie's.

Christopher Reeve, better known as Superman, fractured his neck in an equestrian accident, leaving him quadriplegic and dependent on a respirator to breathe. Yet after a short period of despair, he chose to make life matter and become an advocate for the disabled. Specifically because of his fame, he was able to sensitize the world to the plight of the disabled and become an unrelenting crusader for stem cell research and spinal cord injury research.

There was always a poignant irony in the fact that someone famed for portraying a man with superhuman strength became, in a tragic instant, utterly dependent on others for his every need. But it's even more strikingly ironic that Christopher Reeve's most formidable accomplishments, what he will undoubtedly be remembered for above all else, came after he became a quadriplegic.

While the fictional Maggie is convinced that her life is over after her injury, the real Christopher Reeve chose to define himself not as the movie star he had been, but rather by his future potential -- limited in some respects, but boundless nonetheless.

The key is focusing on future potential and goals, not dwelling on the past and "what might have been, if only…" The approach of one police officer at the Golden Gate Bridge, who has convinced more than 200 potential jumpers not to jump, was described in New Yorker:

He starts talking to a potential jumper by asking, "How are you feeling today?" Then, "What's your plan for tomorrow?" If the person doesn't have a plan… "Well, let's make one. If it doesn't work out, you can always come back here later."

A fulfilling life requires hope for the future -- new vistas to reach, new goals to achieve. In the end, the real tragedy of Million Dollar Baby is not the heart-wrenching decision that Frankie has to make. His decision to kill Maggie is abhorrent from a Jewish perspective. The real tragedy is that a young woman, robbed of her dream, lacks the support she needs to recognize that life is still brimming with unfulfilled potential, and that life is still her most valuable possession.

It does not matter whether we discuss a despondent disabled, boxer, fully cognizant of her condition such as Maggie; a woman who has remained in a persistent vegetative state for 15 years, such as Terri Schiavo; or an old man lying unconscious on his deathbed, feeling (as far as we know) no pain and having no interaction with his environment. Jewish law would assert that all of the lives in question have intrinsic value. 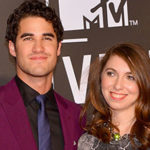 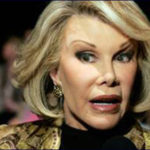 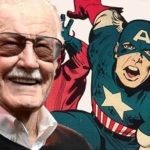