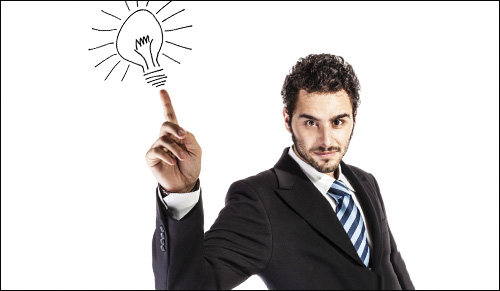 Whenever you learn a piece of wisdom, extract what's relevant to your life. Rake it to its ultimate conclusion and live with it.

Information comes at us from many different sources. But at which point does someone else's idea become something we can call our own?

Way #45 is shomey'ah u'mosif, which means "understand and add." It's not enough to hear an idea. You have to study it, develop it, and add new dimensions. And then live with it. Only then will the idea become part of you.

It's happened to each of us before. In the excitement of hearing a great new idea, we make an inspired jump to further associations. It feels wonderful, as we literally feel our horizons expanding.

Whenever you hear an idea, make sure you get to the bottom of it. Don't take the idea at face value. Break it down into components. Define each part to make sure you fully understand. Ask for clarification. Write down your observations.

Now, test the idea. Project it into the future. Try to trace the path of the idea, with all its implications and corollaries. This will enable you to discover the full depth – and also expose any aspects that may be false.

Run with the Ball

Hearing a new idea means more than just listening with your ears. Hearing means to absorb the idea on a level that impacts you, and gets into your heart. When an idea reaches your heart, you're jolted into action.

Whenever you hear an idea, move it a little and make it your own. Moving an idea into another dimension makes it something altogether different, something real, alive and functional. And this is part and parcel of the human exercise of "free will."

Don't just read the newspaper. Become part of the process. Draw a conclusion. Make a corollary. That's your creativity, that's you. Otherwise, you're just a passive figure, a pawn of the media. And you are not really into this business of paying attention.

Don't wait for these inspired moments to come on their own. Figure out how to formalize the process – to take any idea a step further, unfold it, and see its many dimensions.

Yet we humans tend to be lazy. We know we should examine things in depth, but we often avoid the effort required and content ourselves with superficial explanations. Counteract this tendency.

Too often, ideas hit us on the surface, and we don't bother doing anything about them. That's why there's so much inconsistency in the world today. Ideas bounce off of people, instead of into them. Don't stand there like a lump. Run with the ball. Pursue your ultimate conclusions. You will unfold the mystery of life – instead of just whimpering about it.

Illustration of the Process

As an example, let's take the concept, "Love your neighbor as yourself." (Leviticus 19:18)

1) Basic Point: We should act with love toward others.

2) Implication: Love can be defined. What is the definition of love? To take pleasure in another's virtues. Every human being has virtues. To "love" means to excuse the faults, and focus on virtues.

3) Conclusion: If the Almighty said: "Love human beings," then humans must be intrinsically lovable. This is confirmed by the fact that almost everyone has at least two people who love him – his parents. So if you're having trouble loving someone, ask yourself: "If I was his mother, what would I love about him?" This unlocks an amazing new dimension. Every human being is gorgeous. We simply need to see it.

4) Derivation: What is lovable about human beings? It must be something common to all human beings. Which is: Humans are created in the image of God.

5) Extension: Since we are commanded to love others, that means love is something which can be commanded. This goes against common perception that while it's nice to love others, love cannot be obligatory. But Judaism says otherwise. Which leads one to ponder: Who can teach me the secret how to love all people?

6) Parallel: If the Almighty instructs us to love others, it must mean that He loves us. How do we know that? Because when we love someone, we also want others to love that person. Since God loves us, He wants us to love each other, too.

7) Corollary: Part of loving someone is protecting them from harm. Therefore, "love your neighbor" also means fighting for human rights, working against injustice, stopping violence.

8) Consequence: If everyone practiced "Love your neighbor," the world would operate with a far greater degree of patience, tolerance, understanding, communication, appreciation, unity, etc. This one principle would transform human history! When we love each other, take pleasure in each other, and work together, we harness the full potential of the universe. Do you sense the power?

9) Appreciation: Look back at the time of the Greeks, the Babylonians, and the Egyptians who murdered, enslaved, impaled. History shows that it was Judaism – with its innovative declaration to love humanity because we're all made in God's image – that introduced and inspired civil rights and justice into the world. The Jews said: "We are all in the image of God, and you've got to love all humanity." This idea succeeded because the Torah specifies detailed laws how to translate that love into action. Gradually, the Jewish message became accepted by all mankind. Incredible!

Any time you go through this process of associations, you need to be very careful. Imagine building a tower, putting one brick on top of another. If you're slightly off-target with the first layer of bricks, it's not so bad. The third row of bricks will stay, too. But by the 15th row, if the bricks are not perfectly lined up, the whole structure will collapse.

Constantly monitor your conclusions by bouncing your ideas off other people. This give-and-take will correct errors while they're still minor, and will also expose new ideas that would not have otherwise emerged from your mind.

On the surface, many ideas seem innocuous enough. Yet, they may be inconsistent with other ideas we accept. By adding dimensions and drawing conclusions, it becomes self-evident where our perceptions are off.

For example, many people believe there's no such thing as absolute truth. They say that "truth" is different for everyone.

So let's draw a consequence of that: If there is no absolute right and wrong, then how then can we judge a mass murderer to be evil? By whose standards? Without absolute morality, all you can say about the murderer is that you don't like what he does. But you can't say he's evil.

How about when your child comes home from school and complains that someone beat him up at the playground? If all morality is relative, you can never really assert the injustice of any position. For the bully, beating up little guys is part of his personal moral system. So how can you condemn it?

Absurd? Of course! That's why it's crucial to take ideas to their logical conclusion. If there is a false perception, then by developing the theme a few steps to its conclusion, you'll see the error of the original premise. You'll also see how one idea may contradict another idea you believe in. Then you can determine which of your ideas are true, and which are false.

Make it a Daily Practice

During the course of a day, we're often too busy to consider ideas and their implications. So at the end of each day, take the time to reflect on the new ideas you heard that day.

Think carefully: You read something, you went sightseeing, you sat in a meeting. We can have lots of insights. But unless we go over our day's experiences, it's not going to be internalized.

Come on, live a little!

As an exercise, take five of your favorite pieces of wisdom – things that you consider the most important tools for life. Now go through a drill: find a corollary, a consequence, a derivation, a conclusion.

This step-by-step approach will open up a potentially infinite chain of conclusions. In fact, the Sages say that from any one mitzvah of the Torah, you could theoretically draw a picture of all of the 613 mitzvot – by following logically the consequences, derivations, etc. (Of course, it takes a master to do so…)

Why is "Expand Your Ideas" a Way to Wisdom?