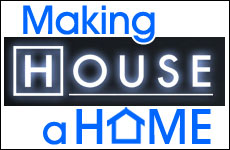 My mother raised two rabbis and the Emmy-award winning creator of the hit show House. What was her secret?

When my brother, David, received the Emmy Award for his show, House, he stood in front of 35 million people and declared, "I thank my parents for making me happy and well-adjusted enough to enjoy this. But I also want to thank all the other people who have come into my life and made me miserable, cynical and angry because this character (Dr. House) wouldn't be the same without them."

Approaching Mother's Day, I started thinking about our Mom. What was this woman's secret? She raised three boys in London, Ontario, in a rather typical middle-class, not-so-observant Jewish home with expectations that we would all become lawyers, doctors or accountants (like Dad). Yet somehow all three of us broke the mold and have gone on to do some interesting things. 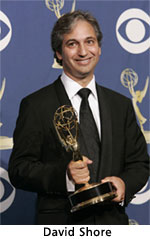 David, the eldest, was our best hope for "normalcy." He became a lawyer, a successful partner in a downtown Toronto firm. But he quickly dumped it to try his hand as another starving writer in Hollywood. And to everyone's surprise, except our mother's, he actually made it! After joining the writing teams for Law and Order and The Practice, he created and produced his own show, House. With 26 million weekly viewers, he's done quite well for himself.

And me? I left town at age 17, spurned my university scholarship and the tuition which my parents so thoughtfully purchased the week after I was born (seriously!), shocked my family and friends, and enrolled in Aish HaTorah's Rabbinic school in Israel. In addition to being Director of Resource Development for Aish HaTorah International, I also head up HonestReporting.com, the largest media watchdog defending Israel against biased reporting.

Raphael, my twin, left his aspirations for film behind and became a rabbi too. Recently he's taken up his original gauntlet, but for the greater good, and produced the award-winning documentary "Obsession", that exposes the threat of radical Islam. It has been seen by over 10 million people and created quite a stir in the United States through its multiple screenings on Fox TV and showings all over Capital Hill. He is now working on the sequel, "The Third Jihad."

And thank God, all three of us are happily married and have been blessed to bring many grandchildren to our parents.

So I've been thinking, what did Mom bestow on us that gave us the confidence to take the risks to go out into the world, forge our own paths and succeed?

One thing that sticks in my mind is that she always believed that we were perfect. It was never a question to her that we had the brains and the potential to succeed in whatever we set our sights on. Maybe that's why she happily shlepped me to lessons in viola, piano, guitar, recorder, golf, tennis, photography, swimming and even speed-reading.

When it comes to her kids, she has this uncanny ability to erase from her memory banks, almost instantly, any negative act or quality. She only remembers the positive. According to her revisionist history, we never fought, always studied rigorously, and certainly never got called to the principal's office for fighting Tim Murphy during recess. While our memories of back seat brawls may not jive with hers, we knew we had a constant fan, someone who totally believed in us. And of course, David's endless hours of watching TV can now be considered as job training! 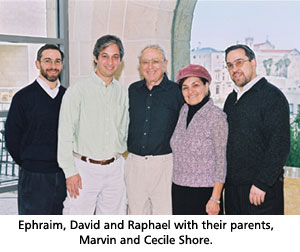 We took it for granted that Mom was always there for us. We just assumed it was the accepted institution of motherhood. She gave up her beloved nursing career to be at home with us. In early grades, we walked home for lunch to a smile, steaming soup and a sandwich of peanut butter with a happy-face banana, or some other original creation. In later years, she insisted on making our lunches for us so that "we would have more time to study."

Her message got in: We had what it takes to succeed in life.

Every effort and accomplishment was praised and encouraged, no matter how small. She knew that we would become what we believed we could be. If we were injured, she would comfort us and tell us how brave we were. She would let us know how proud she was after every good test. We may have rolled our eyes, but the message got in: We had what it takes to succeed in life.

Even when we got kicked out of Hebrew School for the umpteenth time -- this time for jumping out of the 2nd floor classroom window during class -- she always backed us up. When we were finally expelled, she accepted our claim of sub-standard education, and found us a better alternative. Little did she suspect that she was handling two rabbis in the making.

But with all this reminiscing, I was still bothered. All those things are basics of Parenting 101. Surely many mothers have mastered those techniques. So what was her secret? With no other alternative at my disposal, I decided to ask her.

She recounted the following incident: "David was born 20 months before you twins. The first years were very hectic, you can imagine, but I thought I'd been given the world. Once a friend approached me while shopping with you two in the carriage and David hanging on. She said to me in a sympathetic tone, 'You poor thing, you must be exhausted.' I quickly responded 'I think I am the luckiest person in the world.' I glanced down and noticed that David's face had broken into a huge grin. I realized then that everything you say and do will determine if they feel good about themselves or the opposite."

I was too young to remember that incident, but I do remember Mom frequently telling us that when other mothers would moan about their kids being home for the summer vacation, driving them crazy, she would tell them (and us) that they were crazy -- she loved having us home with her.

I think that was Mom's secret. She enjoyed being a mother. She enjoyed us. And that message went deeper than any other she could have given us.

We love you, Mom!

P.S. She concluded her message to me with "Of course, it also helps to pick a great husband and a great father!"

Over-Zealous Parenting is Harming our Children

Confessions of a Jewish American Teenager

Back to School Sanity
Mind Over Milkshakes
Love the Convert
In the Shadow of David and Goliath
Comments
MOST POPULAR IN Family
Our privacy policy
Aish.com Is Looking for Great Writers