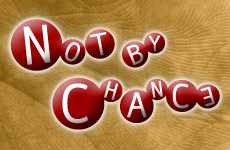 A physicist brings a novel approach that challenges the assumptions of evolution.

(Adapted for the web by Rabbi Shmuel Silinsky)

Dr. Spetner's book, "Not By Chance", has created a stir among biologists and geneticists. It explains a new approach to evaluating evolution, and has been hailed by Professor E. Simon of Purdue University, a prominent geneticist, as "the most rational attack on evolution that I have ever read."

What follows is a synopsis of some points in the book. For in depth understanding, read the book for yourself. You can get it at Amazon Books.

When prominent biologists claim that "evolution is a fact," they are stating a half-truth that means far less than what they would like the public to believe. The theory of evolution -- and it is just that, a theory -- states that the development of life is a purely natural process, driven by known mechanisms. But this is simply not true. There is no evidence that life developed, or even could have developed, by a purely natural process.

According to neo-Darwinian theory, the process that accounts for the evolution of all life is that of random mutations shaped by natural selection. This theory says that evolution is built up by a long series of many steps. In each step many random changes occur in the hereditary storage of organisms. If one of these random changes should by chance happen to make the organism better adapted to its environment, then natural selection will spread that change through the population. Each of these changes is said to be small, but the accumulation of a long series of them is said to account for large changes in populations adapting them to their environment. This process is assumed to work, and on the basis of that assumption, evolution is said to account for the development of all life.

On the basis of an unproven assumption, evolution is said to account for the development of all life.

Experiments have also been performed to show that the process of selection does indeed work under the right conditions. Moreover, random mutations have been observed that do improve the adaptiveness of the organism under certain conditions. From these observations, evolutionists have (unjustifiably) extrapolated to say that random mutations and natural selection can account for the development of life.

THE GLITCH IN EVOLUTIONARY THEORY

On experimental grounds, there are no known random mutations that have added any genetic information to the organism. This may seem surprising at first, but a list of the best examples of mutations offered by evolutionists shows that each of them loses genetic information rather than gains it.

One of the examples where information is lost is the one often trotted out by evolutionists nowadays in an attempt to convince the public of the truth of evolution. That is the evolution of bacterial resistance to antibiotics.

Clearly, if random mutations could account for the evolution of life, then those mutations must have added a vast amount of information to the genetic code. From the time of the first simple organism until the present profusion of life, billions of genetic changes would have to be built up by a long series of accumulated mutations and natural selection. It follows that each of these many billions of mutations must have added information. Yet in spite of all the molecular studies that have been done on mutations, not a single one has been found that adds any genetic information! They all lose information!

There is, however, both direct and indirect evidence that some evolution has occurred. How did it occur?

No one has yet been able to point to a flaw in this basic argument. No one has so far refuted this conclusion.

No one has yet been able to point to a flaw in this basic argument, nor refuted this conclusion.

Genetic rearrangements are complex genetic changes. They are carried out with precision and are driven by sophisticated cellular mechanisms. These mutations appear to be triggered by cues from the environment and they do not appear to be the product only of chance.

These genetic rearrangements may be part of a built-in mechanism that permits a line of organisms to adapt to a new environment. Part of the genetic program of the organism seems to be a set of genetic switches that can be triggered by the environment. These enable a heritable switch in the organism to one of a limited set of alternate forms. An interesting feature of this mechanism is that it can cause a population to adapt rapidly to a new environment.

Since "Not By Chance" has been published, biologists are beginning to acknowledge the importance of these non-random mutations in evolution. They suggest, though, that these built-in mechanisms have themselves evolved. Can this be?

Classic neo-Darwinian evolution calls for many steps, each consisting of a large number of trials whose duration is a generation. For the evolution of these built-in mechanisms one must invoke the same kind of process, but each trial would have to have a duration of millions of generations. Can this really be?

This brief synopsis gives several points mentioned in Dr Lee Spetner's "Not By Chance". For in depth understanding, read the book for yourself. You can get it at Amazon Books

Judaism and Cosmetic Surgery
Blessing on Chewing Gum
Was Rahab a Prostitute?
Extras In Our Own Epic
Comments
MOST POPULAR IN Interpersonal
Our privacy policy