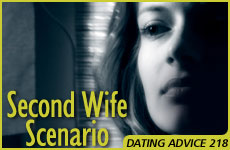 She guided him through mourning over his first wife. Can she now switch to a romantic role?

I find myself faced with a difficult decision. I am a 25-year-old Jewish woman. A little over a year ago, I met a 26-year-old Jewish man who had sadly lost his wife several months earlier. I had no intention of ever seeing him as anything more than a friend. For many reasons I was not attracted to him, but enjoyed speaking to him.

Over the course of the past year, we've become good friends. I now see him in a much different light than when we first met. He asked me if I'd consider dating him. However, I am confused for many reasons.

Initially our conversations were about his loss. He opened up to me, and I took this seriously. I spent countless hours listening to him and helping him get through his most difficult time. I'm concerned that may not be the best way to start a dating relationship.

It's now been two years since his wife passed away. At first he was very vulnerable, but now he has gotten his life back in order (finding a direction in his career, enrolling in graduate school, becoming stronger in his faith).

I feel that because of where our friendship started, it may not ever be able to be more than a friendship. I heard from him himself how much he loved his wife, and how he doesn't think he'll ever be able to love anyone like he loved her. He even bought the plot near hers so that when he passes away he can be buried near her. He once told me that if he knew he'd want to date me one day, he would not have discussed such things.

I told him that I need to think about things. Do you have any advice for me?

We can understand your confusion. You met this man when he was still enveloped in intense grief over the loss of his wife. Now that he has moved beyond that grief and is ready to get on with his life, it's hard for you to forget what he was like at the time and what he said about his relationship with his late wife.

We hope you will be able to see beyond that, because it seems to us that you may have developed an emotional connection you can build upon. It might help to understand that your friend's feelings at the time you first met was a very normal experience for someone who lost a spouse so early in life. It is quite common for most people who have lost a spouse they loved to experience depression, lack of direction, belief they can never be happy again, and insistence that they will never be able to love anyone else as much.

Fortunately, in time, most widowed people are able to pass through the various stages of mourning and become ready to move on with their lives. The depression ends, they become optimistic, they recover their sense of direction, and they start to rebuild their lives. In addition, they realize that they will be able to love again and share life with a partner. They come to accept the fact that while a new love will not be the same as the one they lost, because each relationship is , qualitatively it can be just as deep and fulfilling.

And that's the truth. In all likelihood, your friend will marry again, and hopefully he and his wife will raise a family and enjoy a long, healthy, and happy life together. He'll love his new wife for different reasons than he loved the wife he lost, but that won't make their relationship any less loving and rewarding. As time goes on, there will be an added element that he was never able to achieve in his first marriage: the multi-dimensional love that two people develop over the course of time, as they share a long history together and face life's challenges and blessings as a couple. And like most people who marry after an early loss, he will most likely want to be buried next to his "lifetime" partner.

It might help you to appreciate that the loss your friend experienced is precisely what led him to develop the personal qualities that you now admire, and many of the experiences he had in his first marriage will undoubtedly have a positive effect on his relationship with his wife-to-be. From a spiritual perspective, your friend's loss, and the manner in which he overcame it, helped make him the person he is today, and the Divine vehicle to lead you to meet each other.

It may help for you to try to compartmentalize your friendship, and your memories of what your friend was like, during the period after you first met. Can you accept the idea that this was what he was like when his loss was still new and he hadn't fully processed it? Can you look at where he is today and accept him for that... and look forward to how the two of you might be able to grow together?

We hope that you will be able to change your perspective and consider his offer to start dating.

Dating Maze #227 - Loving Insults
Would You Rather Be Right or Happy?
Korach’s Unique Punishment
Who Was Josephus? The Controversial Backstory of the Famed Historian
Comments
MOST POPULAR IN Dating
Our privacy policy