The True Face of Israeli Youth 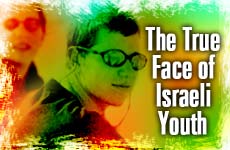 A new poll reveals surprises that undermine the stereotype.

The Western media relishes depictions of young Israeli soldiers as callous, mean, and macho. A new study of Israeli eleventh and twelfth graders -- those who are about to become the next batch of soldiers-reveals a very different profile.

A poll conducted in early April, 2002, by Dr. Mina Tzemach, Israel's pre-eminent pollster, was published in the Hebrew weekly Jerusalem. It paints a portrait of teenagers whose primary value is family, who are afraid to venture out of their houses to have a good time, who are pessimistic that terror attacks will soon end or that the State of Israel will still exist by the time they reach middle age, yet who overwhelmingly want to remain in Israel.

Here is a sampling of the results:

Question: What is the most important thing for you to do in life?

Question: Given the security situation, have you changed or not changed your recreational habits recently?

In your opinion, will the terror attacks in Israel continue for weeks, months, or years?

Question: Ultimately, do you believe that there will be peace with the Palestinians?

Question: In your opinion, will the State of Israel exist in another 50 years?

Question: In return for real peace with the Palestinians, do you support or oppose the division of Jerusalem?

As a result of the security situation, have you changed your political stand?

Question: Among the following people, who, in your opinion is most fitting to lead the State of Israel as of today?

Question: In the framework of military service, which kind of unit would you like to serve in?

Question: In the framework of military service, do you prefer to serve in a unit close to home or far from home?

The pollsters' comment in comparing the above two results was: "Even though most Israeli high school students are prepared to serve in a combat unit, even so they don't want to be far from their mothers."

Question: What profession do you want to practice in the future?

Question: In your opinion, should marijuana be legalized?

Question: Have you ever had sexual relations?

Reading this poll, I was struck by the contrast with my own youth in suburban New Jersey. As high school students, our biggest worry was getting admitted to a top college. These Israeli teenagers worry that if they go out for a pizza, they could lose their hands -- or their lives.

During my youth in America, gun control was a burning issue. Pro-gun control activists argued that the more guns are readily available, the more violent crimes are committed. In Israel, some two-thirds of the 18-to-21-year-olds walk around armed with an automatic rifle. (Army regulations require soldiers to carry their weapons at all times, including when they are off duty and when they go to sleep.) Yet the number of armed robberies and other crimes committed with these guns is minuscule. According to Police spokesperson Susie Ben Baruch, last year there were only two cases of armed robbery using army-issued guns (which were brandished to scare but not actually fired) and no cases of off-duty soldiers using their guns against another person (domestic quarrels, girlfriends, personal fights, etc.).

While my generation -- the sixties generation -- was known for its non-materialism, times have changed. The present mall generation sprouts more business majors than social workers. Yet only 5% of Israeli kids consider making money a life priority. Even the 10% who aspire to become doctors must be seen in context; the standard joke in Israel is that plumbers earn more than doctors.

In Israel, the specter of mortality confronts every eighteen-year-old.

As for mortality, my friends and I never gave it a thought. Death pertained to my parents' generation, as irrelevant to us as gray hair and paying taxes. As a teenager, I did not know a single young person who died of any cause. Here in Israel, however, the specter of mortality confronts every eighteen-year-old. Rare is the teenager who has not lost a friend, neighbor, or relative while serving in the army. In a military helicopter collision a few years ago, which killed 73 soldiers, five of the victims came from a single high school. Television footage of seniors in that high school a few days later showed young visages looking directly into the face of death.

The America of my youth was racked by periodic race riots, the seismic rumblings of the Civil Rights Movement, and, later, the upheavals of the War in Vietnam. But these societal convulsions affected me only as much as I allowed. I attended demonstrations on weekends -- except, of course, during exam periods. The great tragedies of my college years -- the assassinations of Robert Kennedy and Martin Luther King -- drove me and my friends to spend long, somber hours discussing world issues over expresso at the Brandeis coffee house.

While I spent my youth in a land prone to occasional societal earthquakes, young Israelis perceive themselves as building their lives on quicksand. They are embarking on a future which, simply put, may not be there when they arrive. Forty-six percent are not sure their country will even exist fifty years down the road. And 95% expect to remain in a state of war with the Arabs for most of their adult lives. Over 40% expect the terror attacks -- which make every outing to a movie or mall into a foray with fate -- to last for years. These days many Israeli 19-year-olds attend more funerals than parties.

Facing this grim scenario, one might expect most young Israelis to opt out, to want to seek a safer, more "normal" life in Los Angeles or Houston. Yet 84% of those polled choose to stay in Israel -- at whatever cost. Why?

Although the poll included no religious nor philosophical queries, perhaps the answer lies in a result which reveals more unanimity than any of the political questions: 77% of Israeli teens oppose the division of Jerusalem -- even for "true peace" with the Arabs.

Jerusalem, Zion, the resting place of the Divine Presence, has for 3,000 years represented the core of Jewish identity, the place in this physical world which transcends the physical world, the site of our national rendezvous with God. Abdicating Jerusalem, especially the Temple Mount, means abdicating the essence of what it means to be a Jew. On some gut level, Israel's predominantly secular teenagers are not willing to sacrifice their identity as Jews, even for the sake of security, peace, and life itself.

This article is dedicated to my uncle Lloyd E. Rigler, on the occasion of his 87th birthday. He was recently awarded the "Humanitarian Award for the Arts" by the organization Free Arts for Abused Children. May God continue to bless him with life and good health in the merit of the many people he helps. 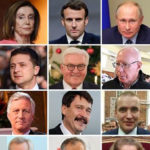 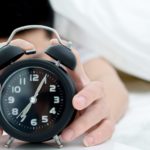 Help! My Husband Can’t Wake Up in the Morning4 min read

Understanding of the Heart3 min read