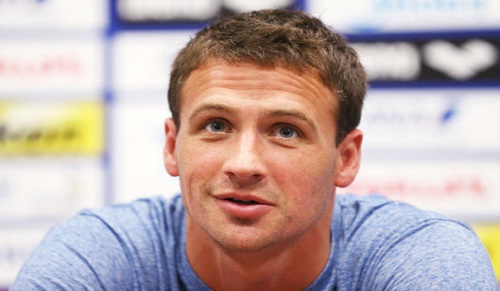 Judaism and the lost art of true repentance.

Should we forgive Ryan Lochte, the 12-time Olympic swimming medalist, for his bizarre behavior in Rio de Janeiro last week?

What he did was far more than a prank. To cover for his own drunken rampage at a gas station he concocted a tale of being held up at gunpoint by robbers posing as policemen – a story that went round the world defaming Brazil, host country of the Olympics, as a Third World nation incapable of controlling violence and unsafe for tourism, a billion-dollar industry. After diligent investigation, Ryan’s version of events was exposed as a lie. As his story of an alleged robbery fully unraveled Ryan had no choice but to admit his guilt. For this he has just lost all of his major endorsement deals worth many millions of dollars.

But here’s where the story takes an interesting twist. To undo the harm of all the negative publicity, Ryan tried to put himself back in the good graces of his formerly adoring public by issuing an “apology.” And it is that “apology” which so powerfully alerts us to the kind of non-apology – or to put a better term to it, fauxpology - so often used by celebrities today in response to the revelation of their crimes and misdeeds which deserves to be unmasked for its artful camouflage, and most important its insincerity.

According to Professor Aaron Lazare, author of On Apology, the difference between a genuine expression of remorse and a mealy-mouthed fauxpology designed to get someone’s conscience off the hook comes down to “acknowledging the offense clearly, explaining it effectively, restoring the offended parties’ dignity, assuring them they’re safe from a repeat offense, expressing shame and humility, which show understanding of their suffering, and making appropriate reparation.”

For starters, here’s the opening of Ryan’s apology:

I want to apologize for my behavior last weekend—for not being more careful and candid in how I described the events of that early morning and for my role in taking the focus away from the many athletes fulfilling their dreams of participating in the Olympics. I waited to share these thoughts until it was confirmed that the legal situation was addressed and it was clear that my teammates would be arriving home safely.

Amazing, isn’t it! Start off by alluding to your behavior and then totally alter your sin from a lie with potentially grievous results affecting the reputation of an entire country to “not being more careful and candid.” No, Ryan, it wasn’t because you weren’t more careful and candid. It was because you were guilty of slander and defamation. It was because you made up a story with the potential to undo all the goodwill, the billions of dollars and the effort Brazil had put into hosting the Olympics.

True repentance requires first and foremost full acknowledgment and recognition of what we did wrong, genuine regret, and then commitment to change for the future.

In the aftermath of this tragic story, many commentators are writing about the need for forgiveness, the beauty of pardon. Clemency and compassion are of course religious ideals. The entire High Holy Day period from Rosh Hashanah through Yom Kippur gives expression to the Jewish belief in repentance and atonement. But there’s one thing which stands at the heart of this recognition that our slate of misdeeds can be wiped clean, that our past errors can be forgiven. Maimonides puts it well: True repentance requires first and foremost full acknowledgment and recognition of what we did wrong, genuine regret, and then commitment to change for the future.

Apologies which don’t fully acknowledge the crime don’t deserve to be forgiven. That is something Ryan didn’t understand – and all of us need to remember.

And there is more. Here’s the second paragraph of Ryan’s non-apology:

It’s traumatic to be out late with your friends in a foreign country—with a language barrier—and have a stranger point a gun at you and demand money to let you leave, but regardless of the behavior of anyone else that night, I should have been much more responsible in how I handled myself and for that am sorry to my teammates, my fans, my fellow competitors, my sponsors, and the hosts of this great event. I am very proud to represent my country in Olympic competition and this was a situation that could and should have been avoided. I accept responsibility for my role in this happening and have learned some valuable lessons.

Marjorie Ingall, known as the mistress of the art of apology and cofounder, with Susan McCarthy, of the blog SorryWatch.com, which examines apologies in history, literature, and pop culture, summarized a bad apology as “one that starts with an excuse”. Foreign country, language barrier, stranger pointing a gun – part of which didn’t even happen – aren’t relevant if you want us to forgive and to feel you are really sorry about having lied to us. “Rule number one for a sincere apology: ‘I’m sorry, but—’ should signal a bucket of water to splash down on your head to bring you to your senses. That’s not an apology. That’s an argument. If you are apologizing, that moment belongs only to the thing that you did that was wrong.”

“Regardless of the behavior of anyone else that night” is yet another violation of a true apology. What it suggests is that other people also did things that weren’t right, so don’t just look at me, everyone’s really guilty – which means even as I’m apologizing you shouldn’t be singling me out and besides nobody’s perfect.

Finally don’t forget who I am. I am very proud to represent my country in Olympic competition. I’m a really important person so all the rules shouldn’t really apply to me. And I’m a nice person too, willing to express this apology – so the least you can do is not make such a big deal about my little error of judgment and be nice enough as well to forget about it.

Perhaps there is some synchronicity to the timing of this story as Jews will soon prepare for the High Holy days when we will stand in judgment before our Creator. We too will need to apologize for our misdeeds and to plead for forgiveness from the master of the universe. What we ought to take away from the Ryan Lochte event is the recognition that forgiveness needs to be earned – and our apologies need to be clear, honest and sincere if we expect them to be accepted.

In Search of a Kidney Donor

For Just One Week