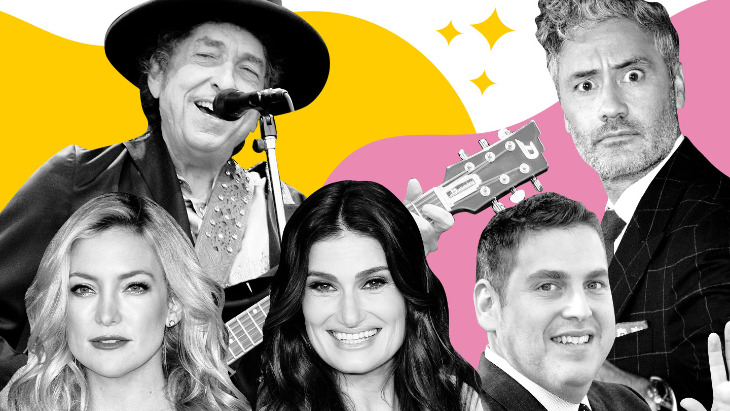 Well-known figures you may not know are Jews.

My article, “Did You Know They’re Jewish?” which described some celebrities who are Jewish, garnered a lot of comments. Many people, including some I hadn’t heard from in ages, got in touch just to let me know about people I left off the list. The truth is there are many well-known people whose Jewishness is little known.

Here are 20 more celebrities you might not have realized are members of the tribe. 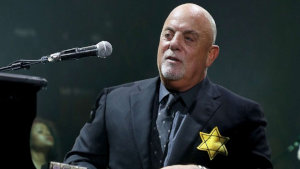 Both of Billy Joel’s parents, Howard Joel and Rosyland Nyman, were Jewish, and they raised their son with virtually no knowledge of his Jewish heritage. Though he experimented with Christianity in the past, the famous singer has recently embraced his Jewish identity. In 2017, to protest rising antisemitism and draw attention to his Jewishness, he donned a yellow star while performing in Madison Square Garden in New York City. 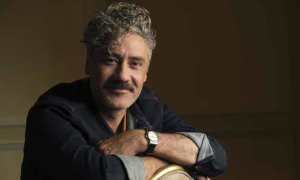 The Thor and Jojo Rabbit director is a Jew: Taika’s mother is Russian Jew while his father is from the Maori tribe. After his parents separated when he was five, Taika was raised by his mom. “My mother and her family’s story... is fascinating to me, because they escaped the pogroms in Russia, and then they ended up in England and eventually...in New Zealand,” he’s described. https://www.thejc.com/culture/interviews/taika-waititi-mum-inspired-my-nazi-comedy-1.494736 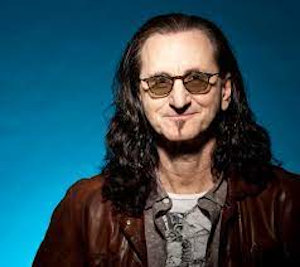 The Rush singer, bass player and song writer’s real name is Gary Lee Weinrib. His parents are Polish Jewish Holocaust survivors who reunited after World War II and moved to Toronto. (The nickname Geddy came from his mother’s pronunciation of “Gary” with her thick Polish accent.) Rush’s hit song Red Sector A was inspired by Lee’s parents’ horrific experiences in Auschwitz. 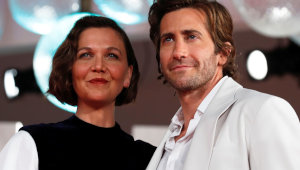 When Maggie Gyllenhaal appeared on the PBS show Finding Your Roots, host Henry Louis Gates told her she is “as Jewish as Jewish can be”. Descended from a long line of Ashkenazi women, Maggie - and her brother Jake - grew up with their Jewish mother, the screenwriter Naomi Fox and their non-Jewish father, director Stephen Gyllenhaal. 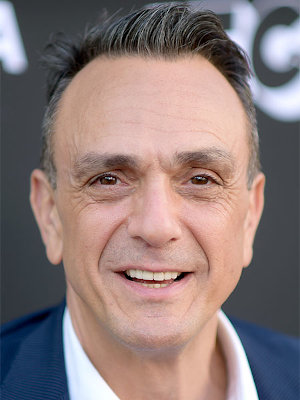 Born in Queens, New York, to parents who were Sephardi Jewish immigrants from the Greek city of Salonika, Hank grew up hearing Ladino, the Jewish Sephardi language, in his home. “I understood it and still do, and there was a time in my teenage years I was pretty fluent,” he’s explained. 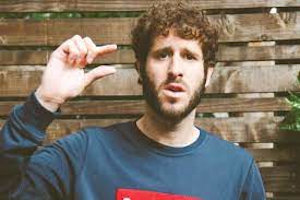 The rapper (real name: David Burd) grew up in a middle class home in Elkins Park, Pennsylvania, and attended the same high school that former Israeli Prime Minister Benjamin Netanyahu attended when his family was living in the US. Lil Dickie was first discovered by a hip hop group when he was performing at his Jewish summer camp. He spent his bar mitzvah money to produce his first music video. 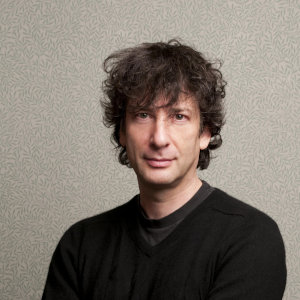 The darkly original fantasy author Neil Gaiman was born into a middle-class Jewish family in the British city of Portsmouth. Though his Jewish parents became ardent Scientologists, Gaiman has left the sect and has spoken about visiting his Jewish relatives in Jewish neighborhoods in North London, and about attending “ultra-Orthodox” bar mitzvah lessons as a child. 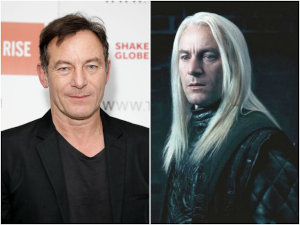 Yes, Lucius Malfoy - or at least the actor who played him in the Harry Potter films, Jason Isaacs - is a Jew. Isaacs attended Jewish school as a child, going to King David Primary School in Liverpool before his family moved to London. In addition to his Jewish primary school, Isaacs attended after school Hebrew school twice a week. Isaacs’ wife Emma Hewitt isn’t Jewish, and Isaacs has said he’s worried that they won’t understand their Jewish heritage without the strong Jewish home life and education he grew up with: “Without that stuff, I don’t know that there is a foundation (for my children). 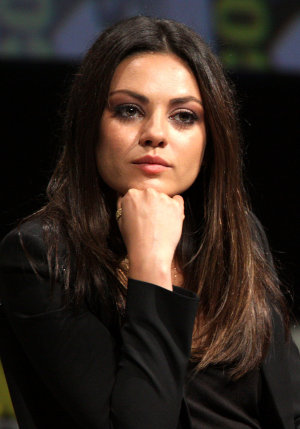 Mila Kunis has described how she and her Jewish family experienced antisemitism in their native town of Chernivtsi in Ukraine. Years later, when she was working on a film in Hungary, she was seized with a desire to visit her childhood home. Her parents flew to Budapest to meet her, and together they visited the house where they’d once lived. The new owner refused to let them in. 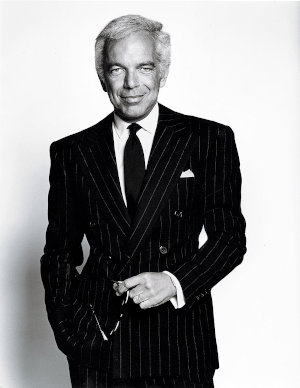 Born Ralph Lifshitz in 1939, Ralph Lauren’s parents were penniless Jewish immigrants from Belarus who moved to New York. Lauren was always fascinated by clothes. When he was a child, he copied the preppy look of wealthier kids in his neighborhood. That aesthetic is still visible in the Ralph Lauren company’s clothes today. 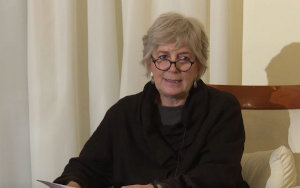 For years the Italian novelist Elena Ferrente has been a national treasure. With the publication of My Brilliant Friend in 2011 and its three sequels, Ferrente was catapulted to global fame. Her four “Neapolitan novels” have sold over 15 million copies and been translated into 45 languages. The HBO series based on My Brilliant Friend has garnered praise and critical acclaim. In 2016, Ferrente was unmasked as the pen name of Anita Raja, a Jewish translator working in Rome. Raja’s mother, Golda Frieda Petzenbaum, fled to Italy in 1937 to escape the Nazis in her native Germany. 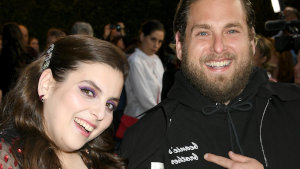 Jonah Hill, the popular actor, comedian, and producer was born Johan Hill Feldstein and grew up near Los Angeles. He’s called himself a “nice Jewish boy” and described his bar mitzvah as “magical”. When he used to hang out at a popular Los Angeles skate shop as a teen, he called himself “Jonah the Jew”. Jonah Hill's sister, Jewish actress Beanie Feldstein is starring in the upcoming Broadway revival of Funny Girl. "I think we're a very culturally Jewish family, and... there is a beautiful sense of community in Judaism," Feldstein has said. "I love that." 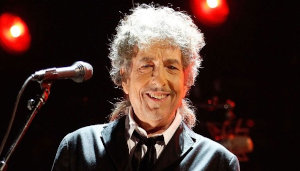 Born Robert Allen Zimmerman, Bob Dylan grew up in a Jewish family in the small, tight-knit Jewish community in the town of Hibbing, Minnesota. Though he experimented with Christianity in the 1970s, the famous singer and Nobel-prize winner returned to Jewish life, occasionally attending a Chabad synagogue. “I’m a Jew,” he’s declared: “It touches my poetry, my life, in ways I can’t describe.” His daughter is an observant Jew married to singer Pete Himmelman. 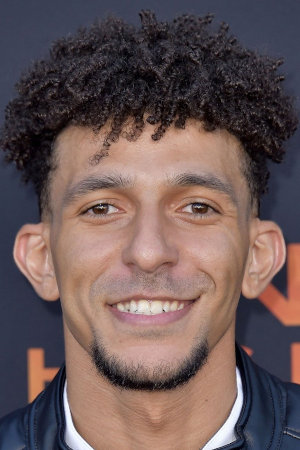 One of the stars of the movie Holes (based on the bestselling children’s novel Holes by Louis Sacher, another Jew), actor Khleo Thomas is Jewish. His Jewish mother immigrated to the United States from Morocco; she met Khleo’s father in Alaska, where he was stationed in the army. 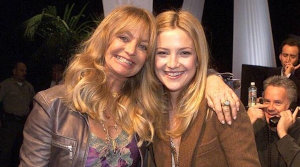 Comic actress Goldie Hawn was born in Silver Spring, Maryland in 1945. Her mother Laura (Stienhoff) Hawn was Jewish. That makes Hawn’s daughter, actress Kate Hudson, a Jew as well. Even though the actress embraces few elements of a traditional Jewish lifestyle, her identity as a Jew is clear: “First of all, I’m Jewish,” Hudson has declared. 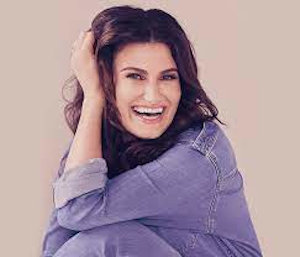 Born Idina Kim Mentzel in New York, both of Idina Menzel’s parents, Stuart and Helene Mentzel, were Jewish. When she was fifteen, Menzel began singing in synagogues and at bar and bat mitzvah parties and at weddings. “I feel very connected to the Jewish people,” she’s explained. 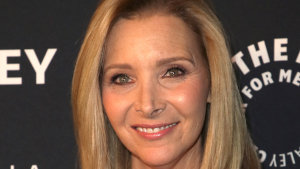 Born into a middle-class family near Los Angeles, actress Lisa Kudrow’s Jewish family wasn’t particularly observant. But Kudrow, most famous for her role in the sit-com Friends, insisted that she celebrate her bat mitzvah as a child “because I just felt like I needed to be counted in. I’m Jewish, and that’s important to me,” she’s explained.