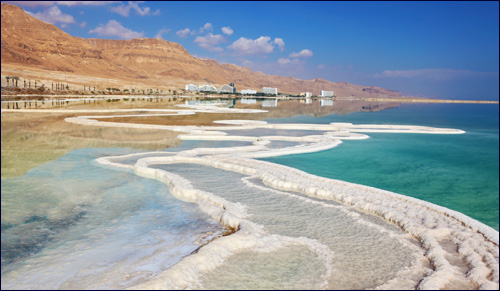 At the Dead Sea, just agree that you WILL float. Don’t argue with everyone around you that you’re an exception to the rule. Relax and SURRENDER.

I just returned from Israel (and neighboring countries) but because I don’t write a tourism column here at Jewlarious, I was just going to take all this great information straight to my grave. However the more I think about it, the more I’m convinced there’s one reader out there who might benefit from my strangely comforting travel tips. Are YOU that reader?? Let’s find out:

Oh and to be invited back, you may want to break into your own version of the song, “I left my heart (and soul!) in Jerusalem.” Because trust me, you will have.

Back to School Basics

Coming to a Theatre Near Jews!
Lokshen Noodle Kugel Recipe
G-d Time
Shavuot is The Holiday of Cheesecake and Blintzes
Comments