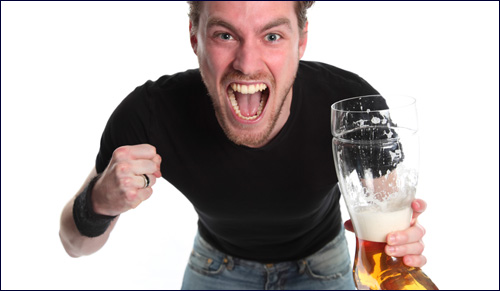 The recent Boston incident reminded me when I first discovered a deep contempt for me as a Jew that I hadn’t realized was there.

Fans of Newton North High, which serves the suburb of Newton, a leafy suburb known for its high academic performance and its sizeable Jewish population, teased the Catholic Memorial School for its all-boy makeup, chanting, “Where are your girls?”

As the crowd got rowdy, a group of between 50 and 75 supporters of Catholic Memorial started a chant of their own. “You killed Jesus!” they yelled at Newton’s team and supporters, repeating the slur over and over through the gym.

Newton’s Superintendent David Fleishman arrived about twenty minutes after the offensive chant took place, and was immediately approached by a distraught, visibly shaken Newton parent. "She could not believe this was happening in 2016,” he explained, adding that he found the incident chilling.

The slur that Jews killed Jesus has been responsible for anti-Semitism for millennia.

Catholic Memorial issued an apology the next day, saying they were “deeply disturbed by the behavior of a group of student spectators who made an unacceptable chant Friday night while playing Newton North High School."

Yet for many Jewish residents in Newton – and beyond – the hurt has lingered.

The slur that Jews killed Jesus has been responsible for anti-Semitism for millennia. It is the slander that fired up the Crusades, that paved the way for pogroms in Eastern Europe, that helped deter many public figures from speaking up against the Holocaust. In its virulence and poisonous associations, it seems to come from a different, darker era, and to have no place, as the shocked Newton mom said, in America today.

Hearing about the offensive chant at the Newton game took me back to an evening when I was shocked at hearing a vicious piece of anti-Semitic hatred. The incident shook up all my core assumptions about being accepted by the people in my community, exposing a deep anger and contempt for me as a Jew that I hadn’t realized was there.

I was 21, starting a Master’s degree abroad. I’d only been at my new school for a few days, enough time to meet my fellow-students and start to pick what classes I planned on taking.

On one my first evenings I went out to dinner with new acquaintances, feeling the thrill of getting to know new, bright and exciting people. We talked for hours. The conversation eventually wound around to American politics. “The problem is,” a new friend intoned, “there are so many Jews controlling politicians in America.” I was so shocked that my heart pounded and I could hardly catch my breath to speak.

“That isn’t true!” I finally said, and my dinner companion looked at me, bemused. I tried to explain that that the slander that Jews somehow control politics is an oft-repeated lie that’s fueled anti-Semitic conspiracy theories for generations but has no basis in fact. The more I spoke, the more ridiculous the argument seemed to me. But nothing I could say would change their mind and I realized that some of their disdain for “the Jews” means they disliked me personally as well.

Just how many people around me had negative opinions about Jews – and about me?

The next day I confided in some classmates what I'd heard.  They were somewhat sympathetic but hardly seemed to grasp the shock and hurt I was feeling. It seemed that the anti-Jewish ideas that had so disturbed me were nothing special. Shocked, I confided in a professor and was greeted with the same indifference. I wondered, just how many people around me had negative opinions about Jews – and about me?

I couldn’t bring myself to make eye contact with anyone in class, let alone answer questions. I knew I had to make a change.

Later, I wrote down the details of a new society that advertised on campus. It was called Aish HaTorah. I’d never heard of it, but feeling raw and vulnerable after learning some of my classmates’ feelings about Jews, I craved a connection with other Jews who might be feeling the same way. The people I met there were fantastic: bright, interesting and dynamic.

I remember sitting at a Shabbat dinner with dozens of other young people and telling them about my disastrous dinner when I’d first arrived. Yes, they reassured me, they too had sometimes encountered anti-Semitism, but they didn’t let it shake their self-confidence. “How?” I asked, explaining that I’d been shaken to the core, realizing that some people might dislike me simply because I was Jewish.

“Well, we’re here for you,” someone replied. I looked around with a smile.

It didn’t erase the anti-Semitism, but somehow knowing that I could connect with other Jews gave me the confidence to deal with the rest of the world a little bit better. Even though there might be times I’d feel unwelcomed, shocked, or even upset, for the first time in my new city, I didn’t feel alone.

Judaism: Opening the Closed Door
Faith: the Axis Upon Which the Wheel of Science Turns
Love - Not Just About Chemicals Anymore!
Is There a Moral Code in a Virtual World?
Comments
MOST POPULAR IN Spirituality
Our privacy policy