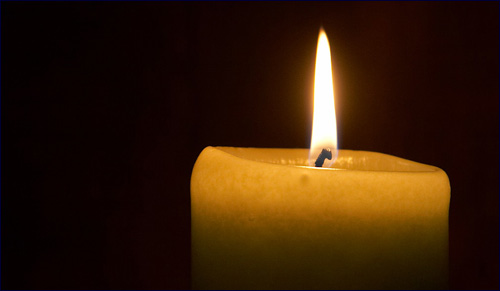 A basic explanation of the what, how and why of this meaningful prayer.

Yizkor (remembrance) is the memorial service recited for deceased parents and other relatives at several points throughout the year. The name of the prayer means “May He remember” (“He” being God and “Yizkor” being the first word of the prayer). Not only do many who recite the prayer find it to be a moving, emotional experience, it also has the power to elevate spiritually the souls of the departed.

Yizkor is predicated on the Jewish concept of the immortality of the soul. Although the deceased can no longer perform mitzvot, they can benefit from prayers, acts of charity, and other good deeds that their survivors perform on their behalf. Yizkor is an excellent time for personal reflection and to commit to particular actions or general self-improvement as a source of merit for the departed.

The Yizkor prayer is typically preceded by an appeal in the synagogue. This is not a mercenary attempt to extort funds from a captive audience; committing to give charity is an inherent part of the Yizkor experience. If one says the prayer by himself at home, he should nevertheless commit to donate to an appropriate charity in the deceased’s memory.

What are the Origins of Yizkor? When is It Recited and Why?

There are four holidays on which we recite Yizkor. It is said on Yom Kippur, the last day of Passover, the second day of Shavuot and on Shemini Atzeret (a separate holiday at the end of Sukkot). (In Israel, where there is one day less of Yom Tov, Yizkor is recited on the seventh day of Passover and the only day of Shavuot; Shemini Atzeret and Simchat Torah are the same day in Israel.)

The original practice was to recite Yizkor only on Yom Kippur. This is because as “yom hakippurim” (“the day of atonements” – plural), the day effects atonement for both the living and the deceased. This is especially true through the act of giving charity, which is both an integral part of the atonement process and an important theme of the prayer Yizkor.

The roots of Yizkor are found in the Midrash Tanchuma (Ha’azinu 1), where it cites Deuteronomy 21:8, “Atone for Your people, Israel, whom You have redeemed.” We are told that the first part of the verse refers to the living of Israel, while the second part refers the deceased. The Midrash continues, “Therefore, our practice is to remember the deceased on Yom Kippur by pledging charity on their behalf.” We are then told not to think that charity no longer helps the departed. Rather, when one pledges charity on the deceased’s behalf, he ascends as quickly as an arrow shot from a bow.

Yizkor was extended from Yom Kippur alone to the Three Festivals, which is thematically appropriate. The Torah tells us (Deuteronomy 16:16-17) that when we make our pilgrimage to the Temple for the holidays, we are not to appear empty-handed. Each person was to make a donation according to his ability. We see from this that charity is also an integral part of the Festivals and therefore a fitting occasion for Yizkor with its emphasis on charity as a merit for the departed.

What Is in Yizkor?

Before starting Yizkor proper, many congregations recite a selection of Biblical verses pertaining to the nature of our lives and after-lives. (For example, “man’s days are like a shadow passing by” – Psalms 144:4; “God will redeem my soul from the depths” – Psalms 49:16, etc.) These verses are followed by the recitation of Psalm 91 (“Yosheiv Ba’seiser”), whose theme is that God is the refuge of mankind. After these readings, we’re ready to begin the actual prayer of Yizkor.

The theme of Yizkor is that we ask God to remember our relatives and to include them in the “bond of life” in paradise alongside the Patriarchs, Matriarchs and other departed righteous. In exchange for this, we commit (without making a vow) to donate charity on their behalf. The primary focus of Yizkor is on one’s parents, but it may also be recited on behalf of other relatives. The paragraphs in the siddur for father, mother and other close relatives have spaces where one can insert the names of the deceased. The Ashkenazic practice is to recite the name of the departed as the son or daughter of (their father’s name); other communities may use the name of the deceased’s mother.

Following Yizkor for one’s relatives, there are paragraphs for victims of the Holocaust and other martyrs.

After all of the Yizkor paragraphs, the prayer Keil Malei Rachamim (“God, full of compassion”) is recited. This prayer is the same one recited at a burial, an unveiling and during the Shabbos mincha service prior to the deceased’s Yahrtzeit. This is followed by the prayer Av Harachamim (“Father of compassion”), a memorial prayer recited on most Sabbaths. It may surprise some to hear that Kaddish is not part of the Yizkor service.

Should I Say Yizkor During the First Year? Should I Go Out if I’m Not Saying It?

A number of aspects of Yizkor are the subject of differences of opinion among the various authorities or matters of local custom. For example, some have the practice not to recite Yizkor during the first year following a death while the emotional wounds are still quite fresh. Others maintain that Yizkor should be recited during the first year the same as in all subsequent years.

One very familiar practice is for those not reciting Yizkor to leave the room while the mourners are saying it. Some will tell you that it is a sign of respect for one’s living parents not to remain inside while Yizkor is being recited for the deceased. Others will say that it is from fear of the ayin hara (“evil eye”) and that those with living parents go out so as not to tempt fate. Opponents of the practice say that going out is based on superstition and not recommended, or perhaps it’s just insensitive to those reciting it. Plus, there are prayers at the end that are recited for victims of the Holocaust and other martyrs; these apply to all members of the congregation, not just to those who have lost close family members. Some would advise staying inside in order to recite those prayers, or to go out and return for them.

In both of these matters, one should follow one’s own family custom or the practice of one’s community. If in doubt, ask your local rabbi.

Why is Shul So Crowded? Can Yizkor be Recited at Home?

It’s ironic that shuls become extra crowded because of a prayer that doesn’t need to be said with a minyan!

It is not uncommon that people who are not regular synagogue attendees will appear on days when Yizkor is recited. Of course there’s nothing wrong with this; it’s actually a wonderful thing that those who are not regular worshipers are willing to go the extra mile (sometimes literally) on behalf of relatives who are no longer with us. If anything, serving as the catalyst for their heirs to attend shul is a merit for the deceased. But if one cannot make it to shul, Yizkor can (and should) still be recited.

While it’s always preferable to pray in shul with a minyan, there are many legitimate reasons that prevent people from attending, such as infirmity or advanced age. If one cannot attend shul, there’s absolutely no reason not to say Yizkor in the privacy of one’s own home. And it is still appropriate to commit to donate to the synagogue or another worthy charity in merit of the departed.

Reprinted with permission from ou.org

Mayanot on Prayer #1: I Pray Therefore I Am

Mayanot on Prayer #2: Our Father, Our King

How To Get Your Prayers Answered