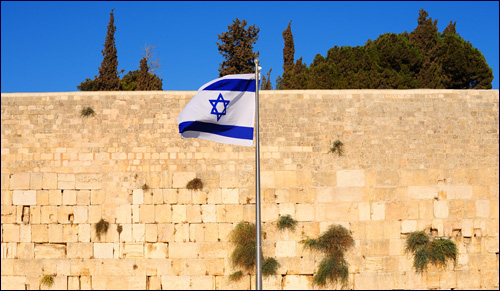 Jerusalem without the Old City was a body without a heart.

When I first came to Israel in 1964, the Old City of Jerusalem was occupied by Jordan. The Jordanian army, known as the Arab Legion, had conquered the walled Old City in 1948, during Israel’s War of Independence. The conquerors had exiled all of the Old City’s Jews, most of whom had lived there for generations. The Jordanians took the men as prisoners of war and evicted the women, children, and elderly, clutching sacks of their most valued possessions, as their homes burned behind them.

I arrived with the U.S.Y. Pilgrimage, a group of 90 American teenagers affiliated with the Conservative movement. We viewed the Old City surrounded by coils of barbed wire and “no man’s land,” a barren belt that separated the new city of Jewish Jerusalem from its ancient cradle like a prisoner in solitary confinement. Although the ceasefire with Jordan had promised Jews access to their holy places – the Western Wall in the Old City, the tomb of the Matriarch Rachel in Bethlehem, and the Tomb of the Patriarchs in Hebron – the only Jew the Jordanians granted entry was Rabbi Shlomo Goren, chief rabbi of the I.D.F., who was allowed to search for the dead bodies of Jewish soldiers.

Our tour guide took us to Mt. Zion, and led us up to the roof of one of the buildings. He pointed toward the welter of domes and minarets in the Old City and said, “There’s the Kotel, the remaining Western Wall of the Temple Mount, Judaism’s holiest site. It’s there, behind that building.” We strained our eyes. We stood on tiptoes. But we could not get even a glimpse of the Kotel.

These women were yearning for Jerusalem, the real Jerusalem where the prophets had walked.

Frustrated but not deterred, I returned to Mt. Zion many times that summer. There, next to the tomb of King David, old women sat praying and crying. Coming from suburban New Jersey, for the first time in my life I saw something that intrigued and fascinated me: yearning. These women were yearning for Jerusalem, the real Jerusalem where the prophets had walked, where the tangible Presence of God had dwelled in the Holy Temple, long destroyed but never forgotten. “If I forget thee, O Jerusalem, may my right hand forget how to move” leapt from the pages of Psalms into the cries and longing of women for whom the vestiges of a vanished spiritual reality was more real than anything else. “May my tongue cling to the roof of my mouth,” as the Psalmist continued, “if I place not Jerusalem above my chief joy.”

I did not understand the Hebrew words the women uttered, but coming from a world of shopping malls and television sitcoms, I understood that their spiritual reality was more authentic than anything I had known. Their intense longing was not for romantic love, as in the popular songs, nor for a bigger house, a newer car, a fancier wardrobe. Their longing was for the place that God had revealed Himself for almost a thousand years in the two Holy Temples, and where the presence of God still lingered in the ancient stones of the Kotel. Mt. Zion was as close as Jews could get to the sacred spot, but cruelly distanced from it.

Fifty years ago the heart was restored to the body of the Jewish People.

Of course, the new city of Jerusalem had been burgeoning since the first Jews had ventured out of the Old City walls in 1860 to homes built for them by Sir Moses Montefiore. Our U.S.Y. group stayed in the Ron Hotel on bustling Jaffa Road. The Knesset building was under construction. Offices of the reborn Jewish state were located throughout the capitol. But Jerusalem without the Old City was a body without a heart. And every Jew – residents and tourists alike – felt it.

On June 7, 1967, Israeli paratroopers burst through Lions Gate and liberated the Old City from Jordanian control. They first ran to the Temple Mount, unfurled an Israeli flag there, then made their way to the Kotel. We have all seen the famous footage of Israeli soldiers both crying and celebrating, overcome by the immensity of the moment and jubilant at their rendezvous with eternity.

Yearning realized. Longing fulfilled. Fifty years ago the heart was restored to the body of the Jewish People.

Sara Yoheved Rigler has lived in the Old City of Jerusalem for 32 years. She is the author of six books, and teaches a weekly webinar for married women on a spiritual approach to marriage through Jewish Workshops.com.