Why Visit Israel (Hint: Not for the Cuisine) 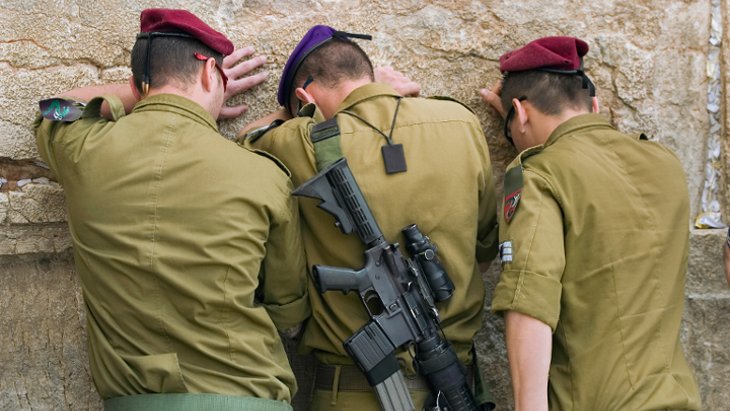 Israel? Oh, I heard the food is amazing!

One of the pleasures of traveling is the random conversations with strangers – on elevators, at street corners, in bars and restaurants. Even though they are rarely with locals due to the language barrier, it is nice to connect with Americans also traveling abroad, to speak with people you wouldn’t otherwise.

On recent night in Rome, we were seated beside two young men from the States. Hearing our English led to the stereotypical, “Where are you from?” From there we learned of their education and further career aspirations. It was very friendly – and we will of course never see them again!

When the conversation turned to us, they asked about our next leg of the journey (they were doing a whole European tour!) and I said that we were going on to Israel. I braced myself, not sure in today’s world what their reaction would be. (Did they even know that they were eating in a kosher restaurant?) Their response was very surprising. “We heard the food is amazing.”

Of all the possible expected reactions, this one wasn’t even on my list!

Although the food scene in Israel (I am not an expert here) has definitely improved over the years, although I just read an article that some very top chefs in Tel Aviv now see cooking kosher as their next frontier, when I think of Israeli food, I am back in the eighties – lots of white yoghurt, tomatoes and cucumbers. Nothing wrong with that (although those greasy chicken lunches of my seminary days were less appealing) but certainly not gourmet. Certainly not something that would earn a worldwide reputation. I guess I have to update my image of Israeli restaurants but I was also saddened.

I like to think that if I asked most of my family members and friends to free associate when they hear the word “Israel” that “great food” wouldn’t be mentioned. I’m not in favor of bad food or even mediocre food but I certainly wouldn’t describe that as a significant tourist attraction.

Although it’s better that their reaction was positive – in today’s political climate, one could imagine a lot worse responses than “great food” unfortunately – but nevertheless it was troubling. Because of course the main thing that Israel has to offer, that can be found nowhere else in the world, that is our unique claim and opportunity is closeness to God, a special relationship with Him that is available at the Western Wall or the Tomb of the Patriarch’s or Rachel’s Tomb. These may also function in some way as tourist attractions but I believe this is because of the spiritual connection available there, it is due to the reality of the Almighty’s presence on those spots, the opportunity not found anywhere else on the planet to have a very intense connection and even conversation with the Creator of the World.

Shouldn’t that be the first reaction to the mention of Israel? “What an amazing spiritual opportunity!” “I never felt as close to God as I did at the Kotel!” “I love the intimacy of praying at the grave of our mother Rachel.” Spirituality is in the air in Jerusalem. The Almighty feels so much more real.

Perhaps gourmet dining is a lure to get some visitors to come to the land. But I hope that it doesn’t stop there. The residue of that conversation has lingered with me. Perhaps I should have enlightened the young men about the true opportunity of a trip to the holy land – but it didn’t seem to be the moment. So I’m using it to remind myself – there may be good food there, there is definitely some beautiful jewelry and some cool hamsas, but it’s not Israel’s unique selling point. It’s not why we go. It’s the filler, the fluff on the way to the moment when we stand at the Western Wall and open up our hearts to the Almighty. Come visit Israel and feel what it’s like to be at the spiritual heart of the Jewish people.

A Nation of Road Rage

Even The Food Channel

My Day of Silence