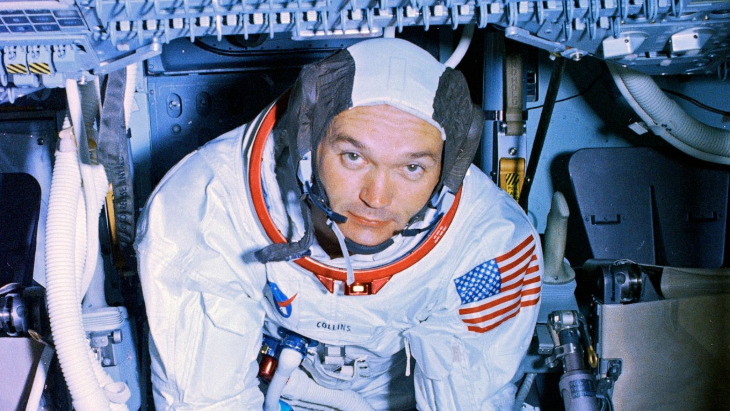 There's a good reason why you probably haven't heard of the astronaut who recently died.

It could be attributed to my lack of education but before I read the recent obituary of Michael Collins, written by his crewmate Buzz Aldrin, I didn’t know who he was.

Mr. Collins was an astronaut who orbited the moon alone (30 times!), waiting patiently for Mr. Aldrin and their most famous crewmate, Neil Armstrong, to return to the command-module and then back to earth. He didn’t get to walk on the moon; he didn’t get to utter those famous words (One small step…) but it wouldn’t have been possible without him.

As Buzz Aldrin put it, “No one is more responsible for our success – taking us out and bringing us home safely – than Mike.” He didn’t get the glory, the fame, the recognition, the honor – but he made it happen.

I didn’t recognize his name not only because Michael Collins didn’t have the cameras and the eyes of the whole world focused on him, but because he didn’t want that; Collins possessed that rare but desirable quality of humility. It’s not just my theory. His friends and crewmates seemed to think so also. “He focused on the mission, team, nation and journey, less on himself.” In a world of reality TV and selfies and everyone’s own YouTube videos, this seems particularly extraordinary. 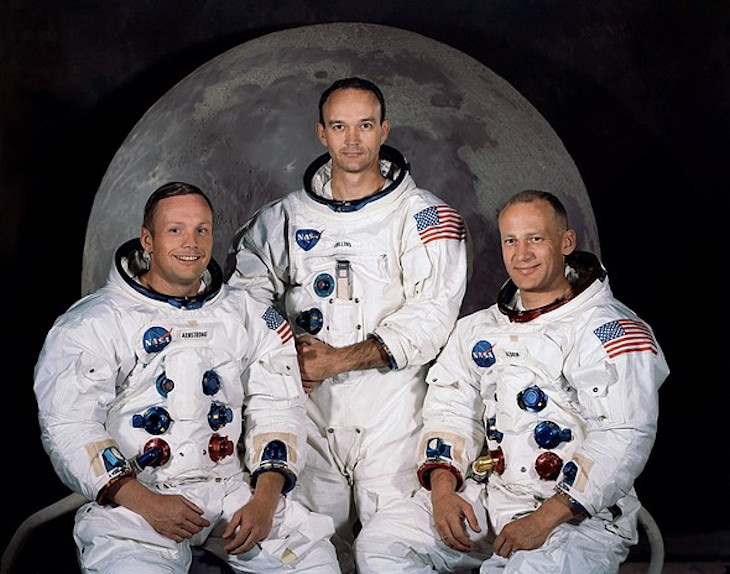 I was moved by this obituary because I felt in some way that it summed up my own aspirations. There is so much temptation to be the “famous” one, to be honored, to be recognized, and yet it is so destructive to our souls (I highly recommend moving to a completely new town and neighborhood where you know no one and no one knows you as a very good tool for humility!). There is such a strong desire to be the leader and get the public kudos instead of just quietly doing what needs to be done behind the scenes.

Of course there are situations that call for leadership and those with the appropriate qualifications should step up to the plate, but I hear of so many situations where those “at the plate” are so busy collecting applause they actually don’t get anything done and are relying on others to pick up the slack!

Either way, even with the most sincere of motivations, it’s crucial to take ourselves out of the picture, to be like Mr. Collins and focus on the mission and the team. Unfortunately, this happens all too infrequently.

The Torah teaches us that the world is upheld by the actions of 36 hidden righteous people. Why are they hidden? If they are holding up the world, shouldn’t we know who they are? Don’t we want to thank them and learn from them?

Among the many reasons for their anonymity I believe is the recognition of the crucial nature of this quality of humility. Despite all the potential benefits that could accrue to the rest of us by having them exposed and increasing our contact with them, the risk is too great. It’s too easy to get swept up in honor, even a little bit. It’s too easy for ego to carry us away, to confuse us, to distort our behaviors. So they remain hidden and perhaps that’s the real lesson and the real goal.

We all know that it’s better to give anonymously than with our name emblazoned on buildings and banquet invitations. It’s better to be hidden, to do what needs to be done quietly and without fanfare. It’s better to let others get the praise and applause. Instead of sometimes being frustrated that we didn’t get the recognition we deserve, we should be grateful. We’ve been spared the challenge to our egos (okay maybe I’m pushing it here).

Maybe my ignorance is the reason I didn’t recognize Michael Collins name, but it’s also true that he didn’t get the honor and celebrity awarded to Buzz Aldrin and Neil Armstrong. And from reading his obituary, I think he was glad about that. It's an attitude we should all aspire to emulate.

Every Joyous Occasion is Different
Chukat 5782: Let’s Play the Blame Game!
The Sin of Moses: The Two Ways to Communicate
In Aftermath of Chicago’s July 4th Shooting, Local Moms Provide Countless Points of Light
Comments
MOST POPULAR IN Family
Our privacy policy