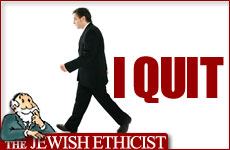 Can I renege on my work agreement?

Q.I recently agreed to take a job, and in response the employer stopped interviewing candidates. But now I've been offered a much better job. Can I go back on my agreement?

A. In a recent column, we explained that binding agreements should always be honored, and even agreements that, due to some technicality, are not yet binding should be honored unless there is a substantive and unexpected change in circumstances.

Many readers wrote with questions relating to reneging on work agreements, or quitting a job without giving adequate notice. (A person is always allowed to quit a job if customary notice is given.) Of course a work agreement is also a solemn agreement which should not be treated lightly, but Jewish tradition starkly distinguishes between labor contracts and other types. The reason is simple: compelling someone to fulfill a labor contract is like a short-term analog of servitude; yet the central theme of the Torah is the ideal of freedom.

Time and again, the Torah reminds the Jewish people that we owe allegiance to God because He freed us from servitude. Even before the Exodus, God tells Moses: "Therefore, go tell the children of Israel, I am the Lord; I will take you out of the suffering of Egypt, and save you from their servitude, and redeem you with an outstretched arm and with great judgments. And I will take you to me as a people, and I will be to you God, and you will know that I am the Lord your God who takes you out of the servitude of Egypt" (Exodus 6:6-7). After the Exodus, God tells us, "And you shall keep my commandments and do them; I am the Lord. . . Who took you out of the land of Egypt to by your God; I am the Lord" (Lev. 22:31-33).

The redemption from Egypt is mentioned specifically as the basis for many ritual commandments such as tefillin (Exodus 13:9), the Passover sacrifice (Exodus 13:14, 23:15 and elsewhere), the sukkah (Exodus 23:43), tzitzit or fringes (Numbers 15:41) and others. But it is particularly prominent as the basis for commandments to enforce the freedom of others: to free indentured servants and not employ them in a demeaning fashion (Leviticus 25), to give them a generous severance grant (Deuteronomy 15:15), and to give them Sabbath rest (Deuteronomy 5:14), and to have mercy on the poor and helpless and judge them fairly (Deuteronomy 24:18). This also includes not to exploit the unwitting or powerless with misleading measures (Leviticus 19:36) or with usurious loans (Leviticus 25:38).

The sages of the Talmud extrapolated from this freedom principle that a hired worker is allowed to quit any time he or she wants, without a penalty. God says of His people, "They are My servants, whom I took out from the land of Egypt; they may not be sold like chattel slaves" (Leviticus 25:38). The Talmud explains: My servants, and not servants to servants (that is, to other human beings). (1)

It follows that even after a person agrees to take a job, or even if he or she has already begun working, the worker can change his or her mind and decide to leave the job for some other pursuit.

However, this permission has legal, ethical and practical reservations.

One important legal reservation is that this does not apply when the retraction would involve a loss on the part of the employer, when the employer has reasonably relied on the employee's promise. It's easy to find a band for a wedding, so if a few weeks beforehand the band decides they can't make it they are within their rights to retract. But it's almost impossible to find a suitable band on very short notice, so it's not permissible to call up the same day and announce you've decided to skip the gig. (2)

Many early authorities suggest out that since the entire reason for the leniency allowing retraction is human freedom, a person may not retract merely because someone else offers more money. (3) Servants of God may rightfully refuse to be servants to their fellow man, but in this case the worker is perfectly happy to be a servant, he just wants to obtain more money for it. The application of this reservation is often unclear. It is unusual that the only difference between two jobs is the salary; in general there are also different conditions, chances for advancement, etc. All these affect our freedom. Also, sometimes a higher salary can increase a person's means so much that they create a meaningful improvement in freedom and opportunity. However, on an ethical level getting more pay is a poor reason to renege on a firm work commitment.

On the practical level, job-hopping can be a very dangerous strategy. At the height of the high-tech boom, some workers enjoyed playing a kind of professional musical chairs, dancing from one position to another with higher pay each time. But many of these individuals were left without a chair when the music stopped. In addition, word gets around and employers may be reluctant to hire someone who they perceive as having insufficient commitment.

If you really believe that the new job will offer you significantly better opportunities in the long term, then you are within your rights to offer your regrets to the first employer. The new job is similar to the unexpected change of circumstances we discussed by other kinds of agreements. But if the benefit is limited to a quick buck, you should carefully consider if this benefit outweighs your commitment to the first employer and your reputation for reliability. 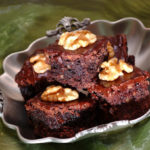 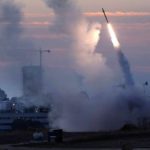 In a Bomb Shelter in Southern Israel4 min read