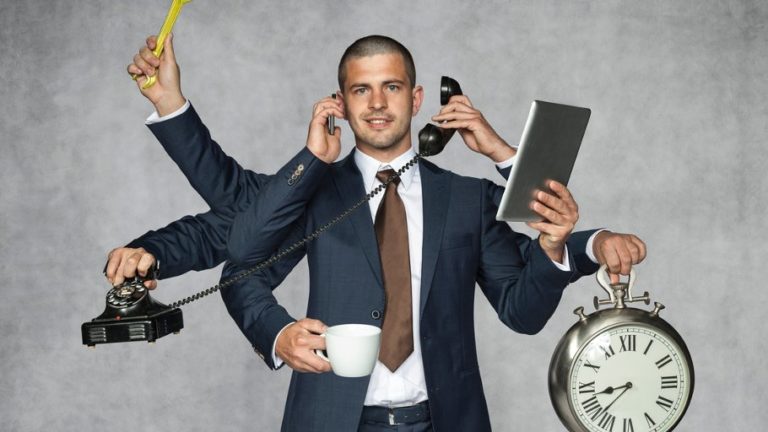 Studies show that multitasking is damaging our education, work performance and life.

This week I’m going back to school. I’ve been blessed to have been teaching Torah, Jewish wisdom and values for more than half a century to thousands of students and, thank God, I’m still with all my faculties [pun intended] as well as the physical and mental ability to continue to serve as a professor of Jewish studies at Yeshiva University.

I witnessed the changes of generations and the differences of students throughout the years. Invariably people ask me, “So how do the students of today compare with those of yesteryear? Are there any significant differences between those you taught years ago and the ones studying today? ”

The youth of today are inquisitive, intelligent and idealistic. They worship authenticity. They see through hypocrisy, pretense and insincerity. They profoundly want their lives to have meaning. We can take great pride in the next generation as well as hope for their future achievements.

But we need to acknowledge the proverbial “elephant in the room” in contemporary education. It is perhaps the one word that best describes the reason for today’s unfortunate decline of academic excellence. It’s a word of recent vintage which had no relevance just a decade ago but today causes more grief to teachers trying to transmit knowledge than all the noisy disruptions which made learning impossible in times past.

The word is multitasking – and its great danger comes from its duplicitous masking of its harmful effects, its seductive appeal as a positive addition to the learning process instead of its true role as today’s greatest barrier between teacher and student.

Countless studies have proven beyond a doubt that multitasking is a myth. It simply does not work. More than that, it is counterproductive in many serious ways.

Simply speaking, multitasking is attempting to do a few things at once while doing none of them properly.

Of course that’s not what people who multitask believe. As they continually listen with one ear to the instructor they check their emails, surf the web, look at snapshot, twitter and Google something that just came to mind, see what their friends have posted on Facebook, and do the other thousand and one things that have become part of their daily preoccupations.

But here’s the truth: Countless studies have proven beyond a doubt that multitasking is a myth. It simply does not work. More than that, it is counterproductive in many serious ways.

Outside of the classroom multitasking can be a killer.

The statistics on driving and electronics use are alarming. Cell phone use leads to 1.6 million car accidents each year. 25% of car accidents are caused by texting. Texting drivers are six times more likely to cause an accident than drunk drivers. According to the RAC Foundation, a British motoring research organization, texting while driving decreases reaction time by 35% while reducing steering control by a horrifying 91%. This makes texting and driving significantly more hazardous than driving while drunk or stoned.

Multitasking while walking is almost as hazardous. Those using electronic devices walk more slowly, weave more, and make more direction changes than those not on cell phones. Distracted walking causes pedestrians to get hit by cars, fall off bridges, and stumble onto subway tracks.

Doctors at Harvard declared war on multitasking when a resident nearly killed a patient while taking a text message.

Now just imagine what multitasking can do in professional settings. Doctors at Harvard declared war on the practice when a resident nearly killed the patient after being distracted while taking a text message. Not only that, authors Maggie Jackson and Nicholas Carr have both written books about the bad things computer-assisted distraction is doing to our brains. In a fascinating study by David Rock, Your Brain at Work: Strategies for Overcoming Distraction, Regaining Focus, and Working Smarter All Day Long, we learn:

"A study done at the University of London found that constant emailing and text-messaging reduces mental capability by an average of 10 points on an IQ test. It was five points for women, and fifteen points for men. This effect is similar to missing a night's sleep. For men, it’s around three times more than the effect of smoking cannabis. While this fact might make an interesting dinner party topic, it's really not that amusing that one of the most common productivity tools can make one as dumb as a stoner."

That means when you're switching between answering emails and doing important tasks, when it comes to mental function, you'd be better off if you were stoned. Or, as another quote from the book puts it, "when people do two cognitive tasks at once, their cognitive capacity can drop from that of a Harvard MBA to that of an 8-year-old."

According to Dr. Clifford Nass, the author of The Man Who Lied to His Laptop, the more you multitask, the less you’re able to learn, or concentrate. He shows that multitasking stunts emotional intelligence and makes us less creative, and studies support this.

Dr. Daniel J. Levitin, Professor of Psychology, Behavioral Neuroscience and Music at McGill University, indicates that multitasking creates a dopamine-addiction feedback loop, effectively rewarding the brain for losing focus and then finding new external stimulation. In his book The Organized Mind: Thinking Straight in the Age of Information Overload, Levitin states emphatically that continually checking email, Facebook, or Twitter qualifies as an addiction.

Scientists still haven't concluded whether or not multitasking is permanently harming our brains. However, there's overwhelming evidence that it harms our lives.

As in so many other ways, Albert Einstein was far ahead of his times and profoundly prophetic when he said “I fear the day that technology will surpass human interaction. The world will have a generation of idiots.”

Technology is changing our brains — and, it’s generally agreed, not for the better. Now it’s not unusual for people to be engaged in several activities at a time – and students it seems have adopted multitasking as the ideal way to go on with their lives while ostensibly at the same time supposedly gaining an education. Stanford University psychology professor Dr. Clifford Nass says, “25 percent of Stanford students are using four or more media at once.” Learning four times as much? No, according to reputable studies, not even learning one thing well.

People who are busy doing two things at once don’t even see obvious things right in front of them, according to a 2009 study from Western Washington University. Specifically, 75% of college students who walked across a campus square while talking on their cell phones did not notice a clown riding a unicycle nearby. The researchers call this “inattentional blindness,” saying that even though the cell-phone talkers were technically looking at their surroundings, none of it was actually registering in their brains.

“Inattentional blindness” is the educational sickness of our times. Woe to those who study Talmud – or for that matter any other subjects which require the mind to focus – while the computer pleads with them for their attention.

Perhaps the most interesting finding of all was that it was precisely those who firmly believed they were capable of multitasking without any mental loss, both in terms of full understanding as well as memory of material, who turned out to be the ones most negatively affected.

So the bottom line is simple: to all those who want to succeed academically, who want to fulfill their potential for mental and intellectual growth, who want to gain a real education - just as their parents and grandparents did in the ancient days prior to computers – I urge you to acknowledge that multitasking is the one thing that stands in the way of your equaling or being better then the generations that preceded you.

Indeed, the one word which begins the most important proclamation in Judaism is Shema - listen. I pray, at the beginning of the school year, that every student takes this to heart, without distraction and “with all your heart, with all your soul, and with all your might.”

Under Siege in Baltimore

Hollywood Insider Who's Defending Israel
It Takes A Lot Of Faith To Be An Atheist
How Instagram Brought Back This Nostalgic Soup
What Makes Eli Run?
Comments
MOST POPULAR IN Current Issues
Our privacy policy