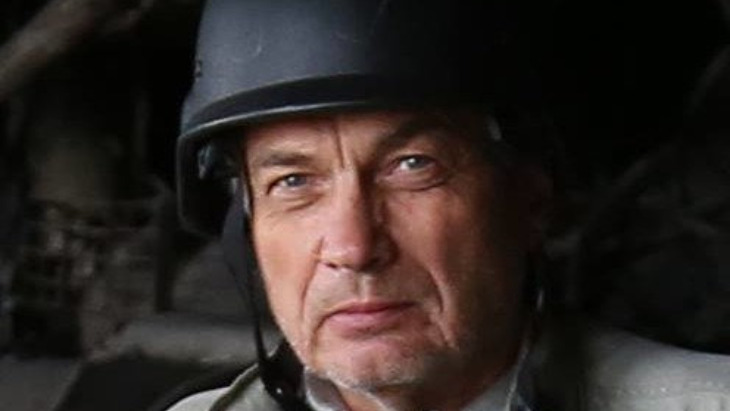 A former correspondent for the LA Times put down his pen and picked up a rifle, taking a stand in what he calls “a battle between good and evil.”

After his native Russia invaded Ukraine, 69-year-old Sergei Loiko took a stand and picked up a Kalashnikov. The gray-bearded retired journalist and photographer threw in his lot with the Ukrainian Territorial Defense Forces.

“I’m not afraid because I know I’m doing the right thing,” Loiko declared in an interview with Aish.com. “I’m here in the trenches. I’m not firing at the enemy. My unit has not had combat contact yet. In the meantime, I’m doing what I know how to do as a journalist.” 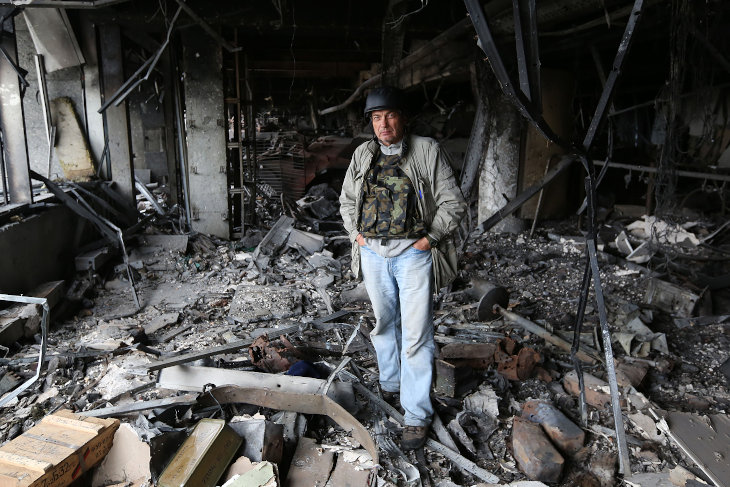 The former Muscovite – whose maternal great-grandmother was Jewish – now positions himself on the outskirts of Kiev, where he interviews defenders, makes videos and posts them on social media. “I’m creating a composite portrait of Ukraine that defends itself from Russia.”

Clad in helmet and fatigues and clutching his rifle, he recently appeared on camera himself, in a YouTube video called “Ukraine Needs You.”

Between Good and Evil

“I’m no longer a journalist. I’m a free man. And I came here to defend Ukraine from my motherland, from Putin. Why did I decide to become a fighter? Because this is a Biblical fight, a battle between good and evil. It was very easy for me to choose sides, because it’s a black-and-white war.”

In the video he asks other foreigners with military experience to come to Ukraine and join the defense forces against Russia.

Loiko has traveled to dozens of war zones before, including eight to 10 times in Chechnya, but always on the other side of the camera. As a journalist and photographer, he covered conflicts in Russia and the former Soviet Union, working primarily for the Los Angeles Times. In 2001, he reported on the war in Afghanistan and in 2003, the war in Iraq. He earned the 2014 Overseas Press Club of America award for best newspaper or wire service interpretation of international affairs, and the 2015 Los Angeles Times Editorial Award for his Ukrainian coverage.

Born in Finland, Loiko and his late wife, Anastasia, have one son and two grandchildren, who live in the United States.

Life in the Trenches

Loiko retired in 2015. “I’m happy I’m not a journalist anymore. I can take a side finally.” He reports that he’s on the second line of defense, surrounded by good people who are helping one another and training every day to meet Russians.

“We eat quite well. There is a great volunteer network to supply and cook food for the troops.” In the first days of the war, there were bread lines in Kiev. Now one can find bread, he reports.

I feel my responsibility for what my country is doing in Ukraine.

To participate in this battle, Loiko postponed surgery for the cancer he has been fighting. Yet he doesn’t see himself as a hero for devoting his energy to the Ukrainian cause. “I do what I should do, this is my duty,” he asserts.

“I feel my responsibility for what my country is doing in Ukraine. It’s easy to say it’s Putin’s personal war. It’s us… We had 20 years to oppose this, and we didn’t. I blame myself, that’s why I did this, to pay my bill for what’s going on. I’m going to fight Putin and his army.”

The military journalist and author knows that by doing so he is burning bridges with the motherland, where he served with Soviet special forces in the 1970s. 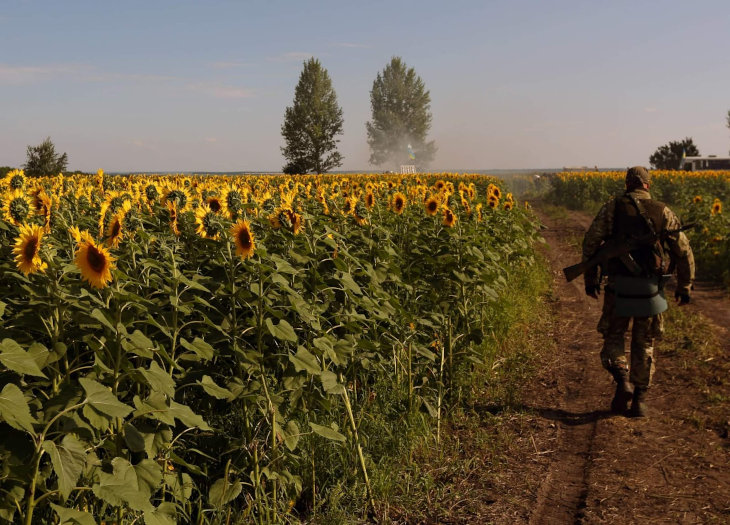 Loiko leads social media discussions on Russia’s role in the war. He believes Russian President Vladimir Putin envies Joseph Stalin’s victory over Germany in World War II and invented his own war in which to claim a victory today. “Inside his head, he created these fascists which do not exist in Ukraine. He played this war in reality, with lots of destruction and casualties on both sides. He’s practicing tactics of Stalin’s generals. That no longer works.”

Loiko does credit Putin with one feat: unifying the Ukrainian people more than anyone else has in 30 years of independence.

In his video, Loiko says he and his comrades are fighting not only for Ukraine. “We’re fighting here for you, for the whole world.”

The Stockdale Paradox
Why the Mezuzah is Placed on a Slant
Faith: the Axis Upon Which the Wheel of Science Turns
Love - Not Just About Chemicals Anymore!
Comments
MOST POPULAR IN Current Issues
Our privacy policy