Why I Don't Need to Believe in God 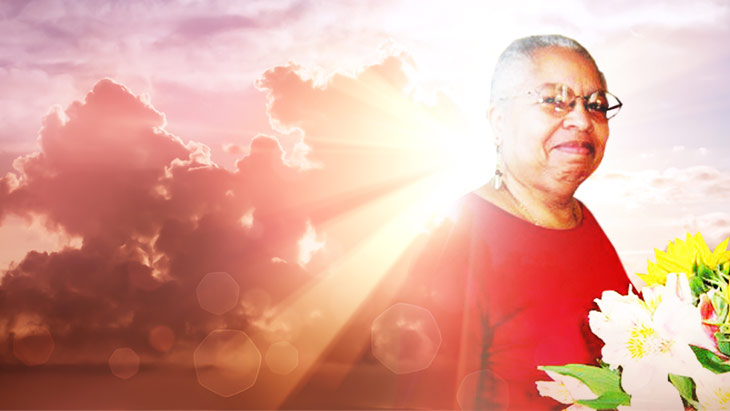 I've always known that there was a God. I saw God everywhere and felt that He wanted a relationship with us.

My family moved a lot when I was young, and we attended several different Protestant churches, of different denominations, over the years.

One morning, when I was six years old, I was thrown out of a Methodist Sunday School because I asked the teacher a question she couldn't answer. All these many years later, I have come to understand that it never even occurred to her that mine was a sincere question. I'm sure she thought I was just being bratty and uppity. But in this case the teacher badly misjudged the child.

I was actually doing my best to be a good little Christian girl. The problem I kept running into was that my Sunday School teachers kept saying things that didn't make sense to me.

So I'd ask them about the things they taught and they would explain (by which I mean try to shut me up so they could move on) by saying other things that made no more sense to me than their original statements. When I'd ask again (and I always asked again) they would invariably give me the ultimate Christian answer to all complex questions: "You just have to have faith."

One day I finally asked, in all my childlike innocence, the question that aggravated one teacher enough that she threw me out of her class: “But... what do you do if you don't have faith?” I remember walking home alone that lovely morning so long ago, totally puzzled by what I had said that upset her so much.

Even at six, I was aware that belief implied the possibility that the thing believed in wasn't real. But I knew there was a God.

I mean I truly, almost desperately, wanted to know the answer to that question. I wanted to do the right thing. I wanted to be a good little Christian girl. Whatever the teacher was trying to teach me that day, what I actually learned was:

Because I didn't have any. I did not believe in God. (Or Jesus, although that turned out to be another issue entirely.) 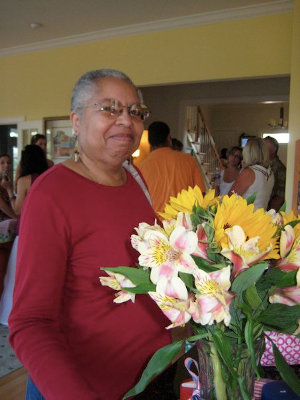 Even at six, I was aware that belief implied the possibility that the thing believed in wasn't real. That's why you had to believe. I didn't have faith because I didn't need it. I knew with total certainty that there was a God. So, no belief was needed.

There were however, a lot of things I did not know:

In other words, what was the way to get what I wanted more than anything else: to be closer to God?

So, yeah, I knew God was there, but that didn't clear up the many other things I wasn't even a little bit sure about.

I continued attending Sunday School and church services as I grew up. (Mostly because my mother made me. But also because I kept hoping that there still might be an answer or two there. At that time, I had no idea there was anywhere else to look.)

Though my days of asking questions came to a complete halt, I didn't stop having questions.

I never stopped experiencing that part of God's presence in this world (the Shechinah).

My college friends laughed at me when they saw me dancing with the ocean waves. I didn't bother to explain that I could feel eternity in the endless rolling of that sea.

Sitting alone under the stars in the California desert, I felt God's immensity against my own insignificance. It felt right. It felt peaceful. It also made me know that if you lived alone in the desert, you would either become very wise, or go completely mad. Maybe both.

Later, in random travels, I stood in room-sized, wooden buildings with open ceilings so that your eyes would be drawn upward toward Godliness. I wandered through maze-like buildings, where all the heads of all the doors were built down low so that you had to bend down to enter the rooms reminding you of humility. I saw stunning beauty in stone cathedrals whose stained-glass windows and massive arches had been built as a form of worship to remind you of G-d's majesty.

I had always thought that the Pacific Ocean, was the most humbling thing I would ever experience. And then I saw Stonehenge. I walked around the open plain that surrounded that massive circle of stones. It filled me with awe.

There are a lot of things that I still don't know but I have no doubt that God was in all those places.

But what was my way?

There was still this huge, multi-piece puzzle in my head - so many pieces. Some slid together and fit with others. Some sat off to the side of the board, stubbornly refusing to intersect with any of the others. But no single piece, no group of pieces, was the one Perfect Piece that I was certain was the foundation of them all.

I moved to Denver, Colorado. And I met a new group of people, Wiccans. They also worshiped God, though very differently than anyone I had known before. They were good, sincere people. They were my friends, my coven. I loved them. And I respected them and their path. I learned so much from them. But it turned out that their path didn't put all the pieces of the puzzle together for me. Their path was not my path, any more than Christianity had been. 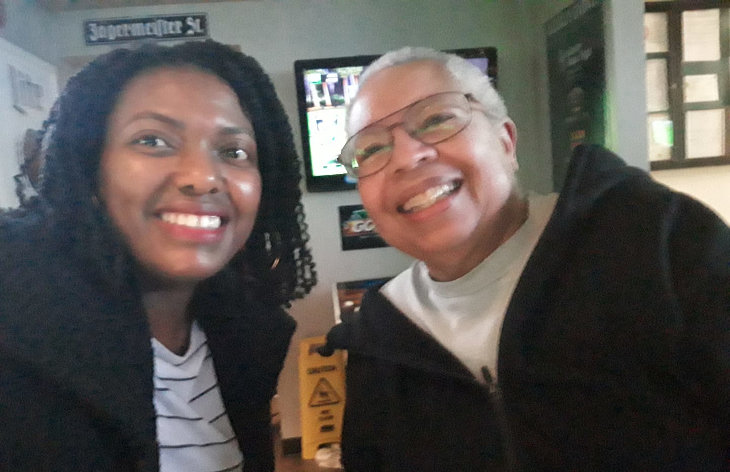 Me and a friend

And eventually, when I moved East, I found myself again walking alone, still searching for answers.

It was in a small town in Pennsylvania, one that didn’t have ten Jews to make a minyan most of the time, that I began learning about Judaism. The story of that nearly two-decade journey is too long for a paragraph, so for now I will just say:

I would never have thought that buying a book called "Judaism for Dummies" would lead me to the mikvah and all the rest of my wonderful, amazing 18-year Jewish journey. (Click here to read more about the author's journey to Judaism.)

I had finally found my own path.

And I still don't "believe" in God.

Rabbi Manis Friedman wrote, "The statement, 'I believe there is a God' is meaningless. Faith is not the ability to imagine that which does not exist."

Exactly! I could never figure out how to say it so well.

This was the reason that being told to "just have faith" never worked for me. It wasn’t possible for me to just have faith, because I didn't have to imagine anything. I've always known that there was a God. I saw God everywhere. I always felt that God wanted a relationship with us.

It's what I felt in my travels around the world: people reaching out to God and God reaching back.

Although, what I really feel is that little space between God’s Hand and ours. Because, of course, we can never wholly grasp hands. As God said to Moses, "You will not be able to see My face, for man shall not see Me and live" (Exodus 33:20).

God is always there... reaching out to us… wanting to reach us, as much as we want to reach Him.

I knew that when I was six years old. And I know it now.

A Girl Called Estherke
Evolution 2.0: The Coming Darwinian Revolution
Chukat 5782: Let’s Play the Blame Game!
The Sin of Moses: The Two Ways to Communicate
Comments
MOST POPULAR IN Spirituality
Our privacy policy