Why Bring Kids into a World as Messed Up as Ours? 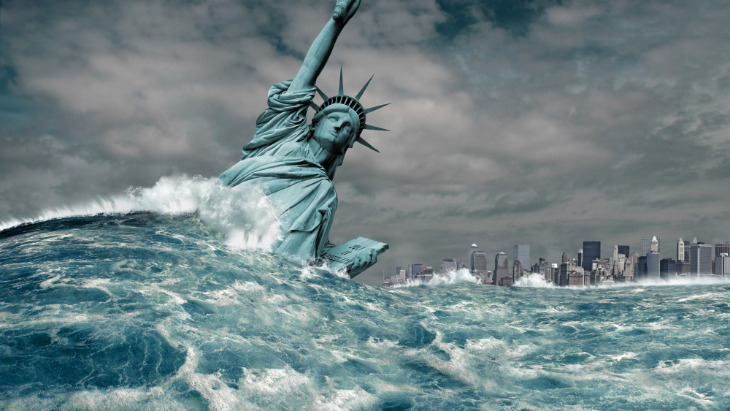 Because hope is a Jewish value.

Some people didn’t like my article, “In Defense Of Making Babies.” But that’s not a surprise. I was responding to an essay, “First Comes Love, Then Comes Sterilization,” by Suzy Weiss, which was about young people choosing childlessness and even self-sterilization as opposed to starting families. In my piece I suggested the opposite: that you should try to have children, and that the payoffs – and in particular, your growth as a person – far outweigh the benefits of a life without children.

However, many people disagreed, although they didn’t talk about the same notions of child-freedom highlighted in Weiss’ article, rather their concerns were more pedestrian, and focused on things like climate change and the recent spike in antisemitic attacks.

As one person put it, “The planet is being paved over by too many humans, and [God’s] magnificent wildlife is perishing just because couples want to start their own private tribe.” Or another, “Democracies are collapsing, right wing politics are increasingly antisemitic, and the climate crisis is spiraling out of control. Having children in these times is like remodeling a house with no roof. I work with kids, and feel sorry for them because of the world they will inherit.”

Or as someone else summed it up, “We have increased and multiplied more than enough.”

Those sentiments are powerful. What right do we have to bring children into a world where a catastrophic climate crisis is imminent? Is that fair to those children, and worse, doesn’t their very existence exacerbate the problem (those polluting, breathing little monsters)? And add to that vocal – and sometimes institutional – antisemitism, very real fears of terror and persecution, and increasingly volatile politics. How can anyone – with a clear conscience – bring children into a world like that?

Every generation thinks they’re living in the End of Days. They aren’t.

I think you can. But that requires a change in perspective, both in terms of appreciating human ingenuity, as well as embracing a different understanding of “hope.”

Everything Old Is New Again

It’s not like we haven’t heard this story before. History is replete with natural disasters and human-generated hellscapes. From the eruption of Mount Vesuvius in Roman times, to the sinking of the ancient Egyptian city, Thônis-Heracleion, to the obliteration of Carthage; most of the planet is littered with abandoned cities, some of which, like the ancient Persian capital, Ctesiphon, or the lonely Ziggurat of Ur in modern day southern Iraq, were once massive, sprawling centers of commerce and power.

Yet despite massive setbacks, be they natural or manmade – and which only get worse as technology improves (at least 108 million people were killed in wars in just the twentieth century, not to mention other atrocities and horrors) – civilization finds new ways to survive.

Humanity is adaptable. People are resilient. Every generation faces massive upheavals and challenges. Most people are convinced Armageddon is just around the corner – imagine living through the sack of Rome, or in Europe near the end of the first millennium – and people in every age are certain their era is the End of Days.

But what, exactly, is hope?

Hope gets a bum rap. Most people understand it as what you have once you’ve run out of options: when you’ve done everything you can possibly do, and the outcome is no longer in your control. Hope is like a type of assertive wishful thinking.

But that’s a helpless, impotent feeling. It’s also fleeting. Regardless of the result – whether you get what you want, or it’s the worst case scenario – hope stops being relevant. You have nothing left to hope for.

The Hebrew word for hope, kaveh, shares an etymological root with mikva, which is a type of pool, or gathering of water. Hope is something that is enveloping and all-encompassing.

But that’s not the Jewish concept of hope. In Judaism, hope is the best. Hope is real and eternal. In the book of Psalms, hope is synonymous with strength. “Hope to God. Strengthen yourself and He will give you courage, and hope to God.” The Hebrew word for hope, kaveh, shares an etymological root with mikva, which is a type of pool, or gathering of water. Similar to submerging into a body of water, hope is something that is enveloping and all-encompassing.

Hope is also a spiritual tool, it’s how you relate to God. Although that requires a deeper understanding of God.

In Jewish belief, God isn’t like a religious version of superman. He doesn’t appear out of nowhere, save you, and go away until next time. He’s an ever-present force in your life, pushing you to be great.

But the emphasis is on pushing.

Think of God as a coach. A great coach doesn’t tell you you’re great – though sometimes he might. Most of the time, he focuses on your weaknesses, and in practice, exploits those and pushes those areas.

That’s painful. Sometimes that’s also frustrating and even humiliating. But the coach isn’t a sadist. He’s not trying to break you. He’s pushing you, and working those areas is how you become great.

But you can’t see that at the time. At the time you get angry. It hurts. It feels like a setback. And even if the coach explains the process, it doesn’t matter. You can’t hear it. And you won’t hear it until after the fact: especially if you win, or set a personal record, or achieve something you didn’t think possible.

But when you do, you get it. The coach wasn’t your enemy – that’s just part of the process – really, your coach is your greatest advocate. Maybe you’ll even pour Gatorade on his head.

Life is like that, too. The challenges, setbacks, frustrations, disappointments, and even pain are opportunities for you to achieve greatness. As tough as those situations are at the time, in hindsight, they’re often your greatest moments. At times, you may feel defeated and terrible, but that’s not the endgame. That’s just a temporary point along the way, like a day after a tough practice.

Hope is hanging onto that perspective. It’s not something shallow or fleeting, it’s a process, with ups and downs, failures and success, and sometimes, just surviving is enough.

You’ll spend your life solving problems and advancing civilization, but like a never-ending game of whack-a-mole, the yuck will find new ways to fester and thrive.

That’s also a fixture of our world. Utopia isn’t around the corner (sorry). The world was a difficult place before you got here, it will still be a difficult place after you leave. But that’s great. The point isn’t what happens here. It’s what you make of yourself while you’re here.

Your parents brought you into a world of natural disasters, wars, horrible people, and the possibility of nuclear annihilation. The names and boogeyman will change, and man will find new ways to wreak havoc on the environment, but ultimately, your children will grow up in a similar world. You’ll spend your life solving problems and advancing civilization, but like a never-ending game of whack-a-mole, the yuck will find new ways to fester and thrive.

But that’s awesome. You want that. It’s how you’ll achieve greatness. You want that for your children as well, even if you’ll spend most of your life trying to soften the blow. And like I wrote in “In Defense Of Making Babies,” children are not only your future, they’ll drag you across the finish line as well.