Why Hanukkah: 4 Insights Everyone Should Know 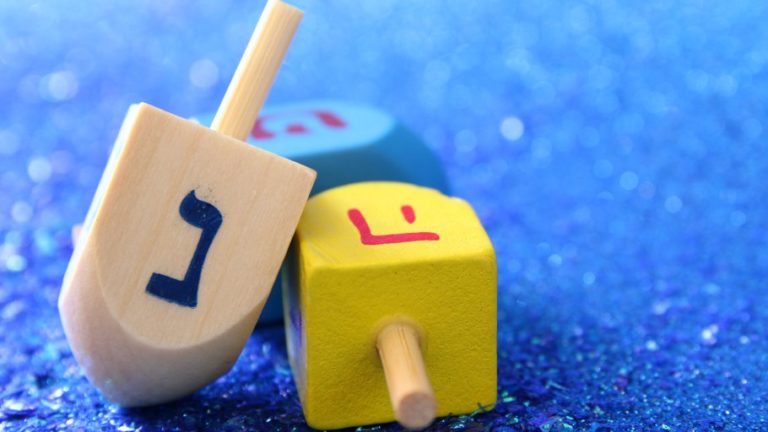 Including the meaning of the oil and why turning it into the Jewish Christmas as antithetical to the holiday.

We all know that when the Jews rededicated the temple there was only enough oil to last for one day and miraculously it lasted for eight. But what makes that worthy of a holiday?

The real reason for the Hanukkah holiday isn’t that we saved a week’s worth of oil but that God reminded us once again of the very first message he shared with Moses at the burning bush.

Moses was tending his sheep and suddenly saw a bush on fire. Strangely enough, it defied the laws of nature and was not being consumed. God sent a message to reassure Moses at that moment and to also serve as prophecy for the Jewish people to the end of days. Just like that bush was not consumed, the Jews too will defy the laws of history and will never perish.

When Arnold Toynbee completed his classic 10-volume analysis of the rise and fall of human civilizations, The Study of History, he was troubled by one seeming refutation of his universal rules governing the inexorable decline of every people on earth. Only the Jews survived in defiance of Toynbee’s carefully reasoned analysis. So Toynbee proclaimed the Jews nothing more than “a vestigial remnant,” a people destined to shortly expire. But somehow in spite of all those brutal attempts to destroy the children of Israel, Jews have demonstrated the ongoing miracle of the burning bush.

Jewish history defies explanation. Jewish survival is nothing short of a miracle. And it is a miracle which God assured Moses will repeat itself until the end of days.

That is why at a time when world leaders at the United Nations continue to pass their obscene resolutions against Israel and anti-Semitism once again sprouts its ugly head among supposedly civilized nations, we rejoice at the Hanukkah lights which reassure us of our eternal survival.

Why Jews shouldn’t turn Hanukkah into a Jewish Christmas

It’s true that Hanukkah and Christmas are usually celebrated around the same time. As a matter of fact, the day of the month is identical – Christmas is the 25th of December and Hanukkah is the 25th of the Hebrew month of Kislev. Many Jews who live in Christian countries have made Hanukkah the most observed Jewish holiday because we don’t want our poor kids to feel deprived while everybody else is getting presents. And, just like Christmas, Hanukkah also has suffered by becoming over commercialized.

But we should never forget that Hanukkah historically came before Christmas by almost two centuries. The Hanukkah story begins with the confrontation between the culture of the Greeks and the spiritual identity of the Jews. Hellenism worshiped the holiness of beauty; Judaism worshiped the beauty of holiness. The Greeks were masters of art; they idolized the body; they excelled in sports; their gymnasiums served as models for the Olympic Games. Hellenism glorified the physical.

The Jews had a mission: to maintain the primacy of the spiritual.

In the second century before the common era, the battle raged in Israel for the hearts and souls of the Jews. And the sad truth is that many Jews succumbed to the seductive lure of the Greek lifestyle. They followed the philosophy of the Epicureans who taught that pleasure is the chief goal of life: “Eat, drink, and be merry, for tomorrow you may die.” These Jews called themselves Hellenists. Traditional Jews referred to them as Apikorus, a variant of the word for Epicurean, still used to this very day to label someone a heretic.

Ironically, the whole point of the Jewish victory was defeating the threat of assimilation, overcoming the powerful lure of the religious practices of their pagan neighbors. Hanukkah became the holiday beautifully symbolized by the uniqueness of oil. All other liquids easily blend with different liquids. Oil is unique. Try to mix it with water and it separates and rises to the top.

Jews and Christians need to respect each other – but not to imitate each other. And for Jews to observe Hanukkah and Christmas together is to negate the very message of the holiday’s spiritual meaning.

Why Muslims should all know the Hanukkah story

Mohammed, the founder of Islam, was born in Mecca in the year 570. He gained few early followers and experienced hostility from Meccan polytheists. To escape ongoing persecution, he sent some of his disciples to Abyssinia in 615, before he and his followers migrated from Mecca to Medina (then known as Yathrib) later in 622.

This event, the Hijra, marks the beginning of the Islamic calendar. Neither he nor his followers or for that matter his religion existed at the time of the Hanukkah story – a story which makes clear the historic attachment of the Jews to Israel, to Jerusalem and to the temple going back two millennia.

Perhaps Muslims, more than any other faith community, ought to be reminded of the Jewish connection to the holy land, to Jerusalem its capital, and to the site on which the temple in which the miracle of the oil took place long ago stood. Perhaps the United Nations as well should familiarize themselves with the Jewish link to Israel before condemning us as new “settlers from afar” whose rights dare not be considered above those whose mosque represents a religion first created in the seventh century.

There is one last thing about the holiday of Hanukkah that makes it unique.

Hanukkah doesn’t simply ask us to fulfill its rituals; it demands that we publicize them. In fact there is a special Hebrew term for that concept. It’s called pirsummey nissa – publicizing the miracle. For that reason, when possible we light the menorah outdoors to make sure that passersby can see it. And in wintry climates we put the menorah by a window facing the street so that all those who walk by will know that there are Jews celebrating the holiday inside.

Why the special emphasis for just this mitzvah? The answer is part of the story as well. In the time of the Maccabees there were Jews who were ready to abandon their faith because they were ashamed of their identity, embarrassed by their religion which made them so noticeably different.

What could be sadder than the lack of Jewish pride? What could be more tragic than anti-Semitism instigated by Jews themselves - ashamed of those very values which made God choose us as “a kingdom of priests and a holy nation”?

Albert Einstein once famously said “I deeply regret that I was born a Jew – because that made it impossible for me to ever choose to become a Jew.”

Hanukkah is the holiday when, for the first time in our history, we overcame the challenge of assimilation with the sense of pride of the Maccabees. It is a holiday which commemorates the truth of the menorah: we are the ones who spread the light of spirituality, of goodness, of morality and of truth to the world.

I wish all of our readers a happy Hanukkah – and the joy of understanding the “why”s that make it so special.