Who was Two-Gun Cohen? 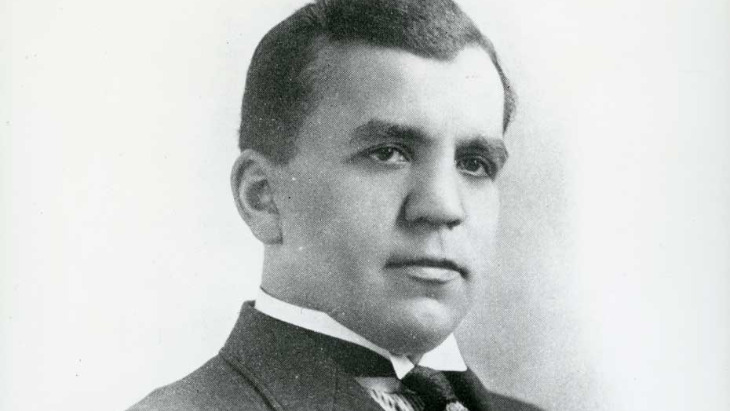 The Chinese president’s Jewish confidant who mustered Chinese support of the creation of Israel.

Despite the various accounts written of this powerful and colorful figure of the early part of the last century, few people have actually heard of Morris Abraham ‘Two-Gun’ Cohen. A glance into the Encyclopedia Judaica reveals that he really did exist, offering but a brief description of his origins and his life.

It is an article that was passed on to the Chronicle written by the American Rabbi Marvin Tokayer that details what he describes as a “truth is stranger than fiction” story of a man “frequently and referred to as ‘the uncrowned Jewish king of China’.”

Moishe Abraham Cohen was born in London’s East End in 1887, to poor Orthodox Polish immigrants. “Fat Moishe” was a bad youngster, a pickpocket and street kid who ended up in a reformatory, but stuck to his criminal ways.

Indeed Moishe was such an embarrassment to his family and the community that at age 16 he was shipped off to a relative in Saskatchewan, Canada, in the hope that he would come right. But that didn’t happen. Instead he became a peddler and gambler, and even potentially violent gun-toting crook.

It so happened that at that time, the beginning of the 20th Century, a number of poor Chinese immigrants came to Canada to work on the railways and to seek out a better life. They suffered much discrimination and misfortune and Morris, as he was now known, having lived a similar experience as a Jew in England, felt a sympathy and close cultural bond with these people, becoming something of a protector to them. 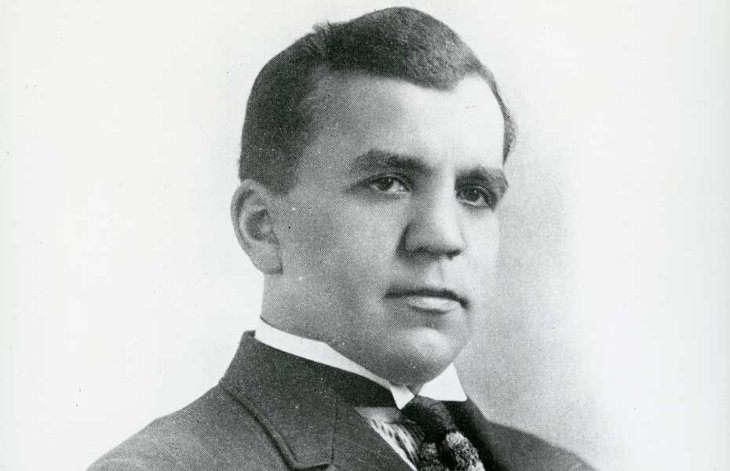 In 1908 Dr Sun Yat-sen, the charismatic Chinese revolutionary leader who was striving for the independence of his people from the corrupt Imperial system, came to Canada to enlist the support of the Canadian Chinese community. In Morris Cohen he found a trusted ally and a mutual bond was created, with Morris becoming his personal bodyguard in Canada.

Their friendship deepened and Morris – who had with the passing of time become a very wealthy real estate speculator – was instrumental in providing the Chinese with arms and ammunitions and support for their cause. 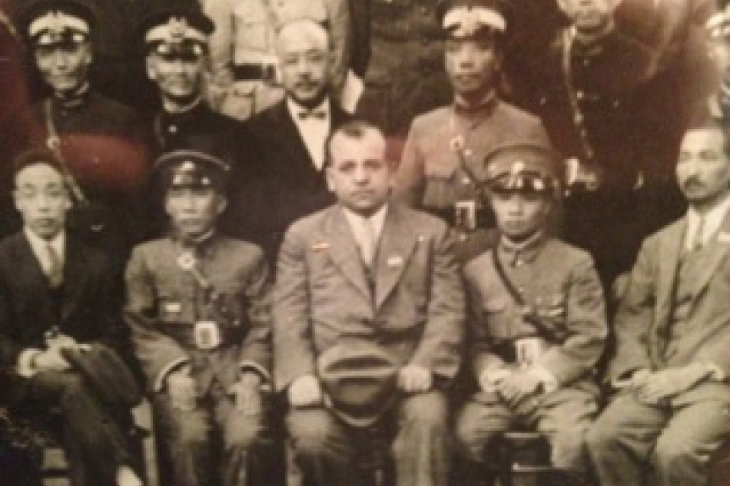 Two-Gun Cohen, in the white suit, seated with President Chiang Kai-Shek on his right

In 1912 the Chinese Imperial Government had been toppled and a few years after World War 1 (in which Cohen fought in the Canadian army), in 1922, Sun Yat-sen persuaded him to come to China, where he made him his aide-de-camp, bodyguard, arms buyer and friend and promoted him to the rank of colonel.

After grazing his right arm during a battle, Cohen realized that he had to become adept at shooting with both hands and thereafter toted an automatic in his shoulder holster and a Smith & Wesson on his hip. Hence the nickname ‘Two-Gun Cohen’.

The Chinese, however, had come to regard him with immense respect, referring to him as Mah Kun, or General Mah. 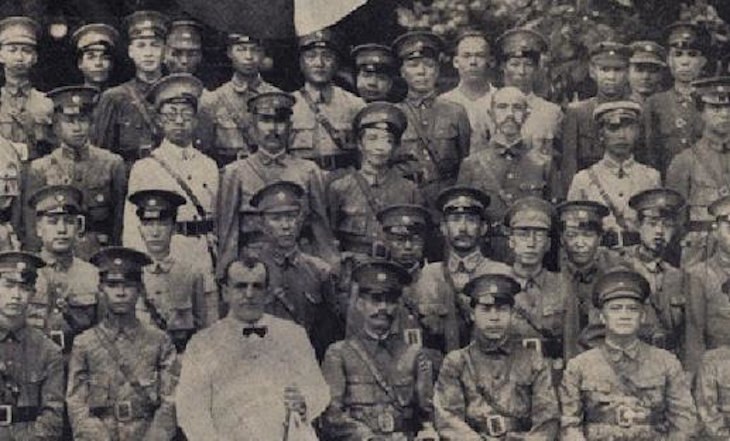 During this period, according to Rabbi Tokayer, Morris Cohen played an instrumental role in advancing the economy, political status and intelligence arm of the Chinese Republic.

Cohen helped foster Chinese support for the Zionist movement towards the creation of the State of Israel.

Another vital role of our Jewish hero was his fostering of Chinese support for the Zionist movement towards the creation of the State of Israel, as reflected when, in 1920, Sun Yat-sen wrote, “I express my sympathy to the movement which is one of the greatest movements …” offering support “to restore your wonderful and historical nation which has contributed so much to the civilization of the world and which rightly deserves an honorable place in the family of nations.”

When SunYat-sen – the first President of China – died in 1925, Two-Gun Cohen, as a close family friend, was the only foreigner present at the private funeral, even (in top hat and tails) leading the procession of tribute.

Thereafter, Chiang Kai-shek, Sun’s successor, continued the ‘romance’ with Cohen, who, as his adviser, helped the leader organize his Kuomintang Army. For this he elevated Cohen to the rank of general – “Not only the first Jew, but the first person of European descent to hold such a post in the Chinese military,” writes Rabbi Tokayer.

From 1926 to 1928 Cohen functioned in all but name as the Nationalists’ war minister, taking part in campaigns both against the Communist rebels, which began in 1927, and also the Japanese. He undertook several secret missions to Europe to purchase arms and organize support for the Nationalist forces.

In the full on civil war between the two Chinese factions – the Communist People’s Republic of China, led by Mao Zedong, and Chiang Kai-shek’s Republic of China – amazingly, General Cohen was the only one trusted by both leaders, and was called on by both sides to become their ‘middle-man’ or ‘conduit’, traveling between Taipei and Beijing.

In the war with Japan, Cohen was captured in 1941 and incarcerated in the notorious Stanley Prison in Japanese-occupied Hong Kong, where he was tortured, but refused to give any information to his captors.

He was ultimately released in a prisoner exchange in 1942 and repatriated to Canada, where he was well received.

Yet with all that, writes Rabbi Tokayer – and certainly for us Jews – Two-Gun Cohen achieved his greatest triumph after he had retired to live quietly in Montreal.

This involved the vote by the 5 member Security Council on whether the motion for the partition of Palestine into two states – one Jewish and one Arab – should be put before the General Assembly. One veto would “scuttle the debate’, and while the USA, the Soviet Union and France were for it and no veto from Britain, the “entire Arab orbit’ would be trying to secure the veto of the 5th member, the Republic of China.

The outcome was by no means certain, with intense last-minute lobbying on both sides.

General Wu was leading the Chinese delegation to the UN. Cohen smiled. It was he who had appointed Wu a general.

“Zionist leaders in San Francisco were desperate to meet with the Chinese delegates to present their position, but were refused. Rabbi Israel Goldstein, an astute member of the Zionist group, made a quick phone call to Montreal, bringing Cohen to San Francisco for an emergency meeting. 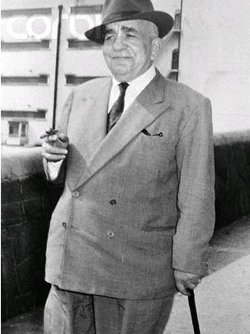 “When informed that a diplomat by the name of General Wu was leading the Chinese delegation to the UN, Cohen smiled knowingly and announced that it was he who had appointed Wu a general. Cohen met with Wu the following morning – and the rest is history. China did not vote against the partition, but instead abstained, contributing to the passage of the motion.

“After 2000 years of exile, the State of Israel would now become a reality.”

Some years later Two-Gun Cohen returned to England, where he died in 1970 at the age of 83.

And a final note from our source: “His funeral was attended by representatives from both Chinas – who were still at war with each other – demonstrating their deep respect for the loyal friend of China. His tombstone was etched with traditional Kohanic and English inscriptions … But what sets this tombstone apart from all the others in the austere Manchester cemetery is an inscription in Chinese characters that a grateful Mme Sun Yatsen, the vice-Chairman of the Republic of China penned, acknowledging Mah Kun as a hero of China. It is a tribute to the man who was, if not by birth, then certainly at heart, a true brother to the Chinese people.”

This article originally appeared in the Cape Jewish Chronicle

The Jews of India: A Tale of Three Cities

The Grand Mufti of Jerusalem and the Holocaust

The Abortionist of Auschwitz
It Takes A Lot Of Faith To Be An Atheist
How Instagram Brought Back This Nostalgic Soup
What Makes Eli Run?
Comments
MOST POPULAR IN History
Our privacy policy