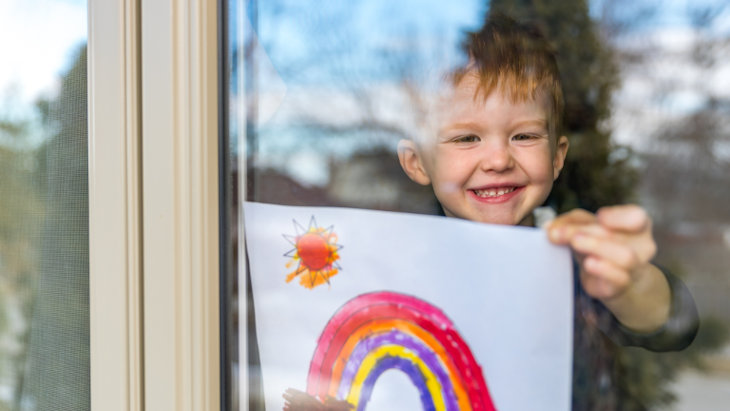 A meaningful insight derived from the etymology of the word “quarantine.”

How long should a quarantine last?

The very word for quarantine has an etymological answer – and it is a fascinating historical truth that in all probability is rooted in a biblical connection.

To find the origin of the word we must go back to 14th century Europe. It was then that repeated waves of plagues swept across the continent and after arriving in southern Europe in 1347 spread rapidly to England, Germany and Russia by 1350. It’s estimated that one third of Europe’s population perished as a result and the impact of the epidemic led to the institution of extreme infection control measures. In 1374 Viscount Bernabo of Reggio Italy declared that every person with plague must be taken out of the city into the fields, there to die or to recover.

In the Mediterranean seaport of Ragusa, the city’s famous Jewish chief physician Jacob of Padua counseled the establishment of a place outside the city walls for treatment of ill townspeople and outsiders seeking a cure. Somehow the doctor intuited the contagion theory that promoted separation of healthy persons from those who are sick.

With that idea in mind, in 1377 the Great Council passed a law establishing a thirty-day isolation for ships arriving from plague infested areas. No one from Ragusa was allowed to visit those ships under trentino, the 30 day isolation period, and if someone broke the law, they too would be isolated for the mandatory 30 days. The law seemed to be effective in diminishing the ravages of the Black Death and it caught on. Over the next 80 years, Marseilles, Pisa, and various other cities adopted similar measures. Only one change was instituted for the trentino. For some reason the 30 days were extended to 40 – hence quarantine from the Italian root for the 40 days of isolation.

Historians are uncertain about what prompted the change and why in particular the number 40 was chosen. Of course, it is possible that it was simply because of the feeling that the shorter period was insufficient to prevent spread of the disease. But many scholars believe that in an age of profound religious belief and of reverence for the Bible the number 40 resonated with great meaning – the same meaning that both Christians and Jews have recognized by its emphasis in Torah narratives.

The story of Noah and the flood had a 40 day timeline. That was enough to change the world. Later, Moses would ascend Mount Sinai and remain there precisely for 40 days to return with the two tablets of stone containing the 10 Commandments. That too would alter human history. When the Jews who left Egypt were hesitant about fulfilling God’s command to enter Israel they insisted on first sending delegates to “spy out the land.” Their trip lasted 40 days. Their report was filled with pessimism and caused despair among the freed slaves. That angered God for its lack of faith in the divine promise and for that reason the Jews would be forced to wander in the desert for 40 years – a year for a day of their sin – until a new generation could arise who were no longer marked by the slave mentality of defeatism.

For Jews the number 40 maintains its symbolic significance for the concept of change and renewal in the realm of Jewish law as well. Someone ritually impure must immerse in a body of water, a mikveh, filled with 40 se’ahs, a liquid measure, in order to change their spiritual identity. A non-Jew wishing to convert to Judaism must similarly enter a mikveh to become considered as if newly born – the water symbolically echoing the prelude to birth of the fetus in the amniotic sac. It takes 40 days for and embryo to be formed in the mother’s womb; until then it is considered little more than water. And every year, when Jews spend the time from the first day of the month of Elul to Yom Kippur totally dedicated to introspection, change, and teshuvah, repentance, it is in the profound hope that these 40 days will make them into new and better versions of themselves.

How remarkable then that the word to describe the attempt of the world to combat the dreaded consequence of a deadly plague affecting us physically is quarantine - the same reference to the number 40 so fundamental to the biblical emphasis on change, on self-improvement, on rebirth to a higher level from a spiritual perspective.

Yes, the world will survive the coronavirus pandemic. And hopefully sooner rather than later, we will come out of quarantine and resume our lives of normalcy. But the time we spent in our homes confined together with our loved ones and removed from the harried lives we have become accustomed to, lives that allow us no time for personal reflection, ought in retrospect inspire us to greater connection with the more meaningful references of the number 40. Perhaps the 40 of quarantine can imbue us with the kind of clarity about our life’s purpose that will better link us to the 40 days of Moses on Mount Sinai.

It is a formidable task to find any ray of light in our present darkness. It is faith, however, that asks of us to hear the message of 40 – change, renewal, and hope for a better future.