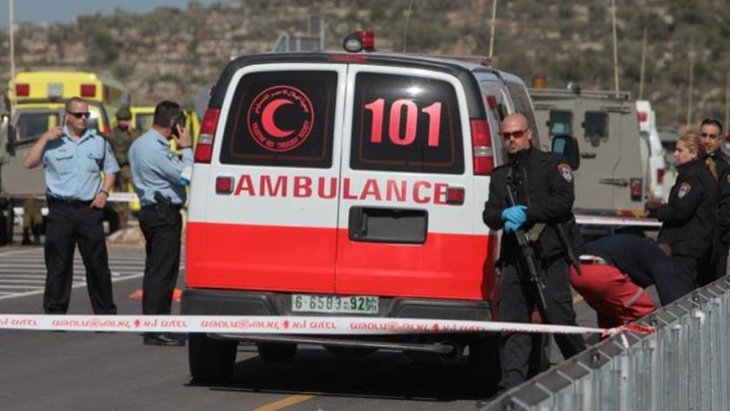 A clerk sits at her desk at the Israeli Interior Ministry. Her job is to issue “humanitarian permits” allowing Gaza residents to travel to Israel for medical treatment. She peruses a request from Fadi Abu al-Sabah, a 35-year-old Gaza resident.

The clerk’s thoughts drift to the case of Wafa al-Bis, a burn patient from Gaza who’d received treatment at the Israeli National Skin Bank. While passing through an Israeli security checkpoint with her “medical permit,” Wafa was caught wearing a suicide belt filled with explosives. She was en route to blowing up the Israeli medical clinic of the same hospital that had provided her with first-class medical care and saved her life.

The Interior Ministry clerk focuses back to the application on her desk. One mistake in judgment could cost innocent Israeli lives. Yet sensing nothing untoward, she rubber-stamps the application: “Approved.”

Last week, Israel’s Security Agency (Shin Bet) announced the arrest of that same Fadi Abu al-Sabah. After a year of intensive training in Gaza in the manufacture of explosives, al-Sabah passed through Israeli checkpoints with his “humanitarian medical permit.” Then, smuggling a set of encrypted codes outlining plans for deadly attacks against Israelis, he teamed up with other Hamas operatives to set up a bomb-making factory in the West Bank.

This case of murderous conspiracy revealed another cynical medical abuse: A doctor in Gaza had been paid to falsify the “medical documents” that Fadi Abu al-Sabah used to obtain his humanitarian permit in the first place. 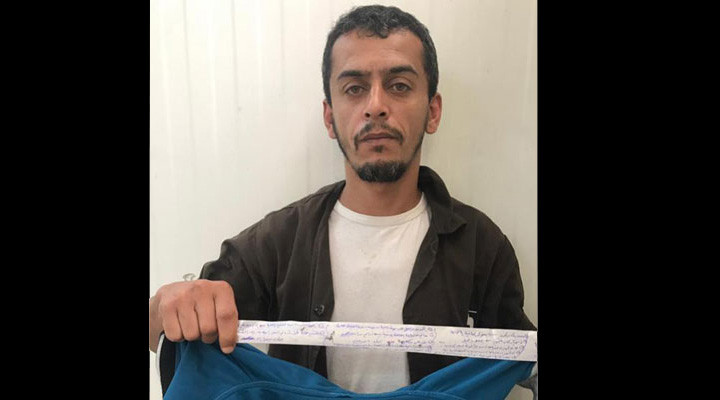 Israel has always held by the highest humanitarian standards – whether setting up field hospitals in global disaster zones, water projects in Africa, or treating thousands of Syrians wounded in civil war.

Yet as Israel eases checkpoint restrictions for humanitarian reasons, some Palestinians repeatedly exploit these gestures to foment terror. One Palestinian woman, nine months pregnant, obtained a permit to enter Israel for medical treatment; her plan was to carry out a suicide bombing at a restaurant in Tel Aviv. (She was joined by her niece, a mother of four, in a planned double-suicide bombing.)

In 2004 a Palestinian woman bypassed the metal detector at a Gaza checkpoint by claiming she had surgical plates in her legs; she then blew herself up at the crossing, killing four Israelis.

Palestinians have been nabbed trying to smuggle bombs and suicide belts hidden in the most creative of places. At one West Bank checkpoint, a Palestinian truck was caught carrying six tons of potassium nitrate – disguised in sugar bags marked as “humanitarian aid provided by the European Union.” The chemicals were headed for terrorists in Gaza to be used in producing the rocket fuel that forms the core of Qassam missiles.

Yet despite such abuses, Israel continues to provide humanitarian permits for thousands of Palestinians annually to enter Israel for medical treatment. 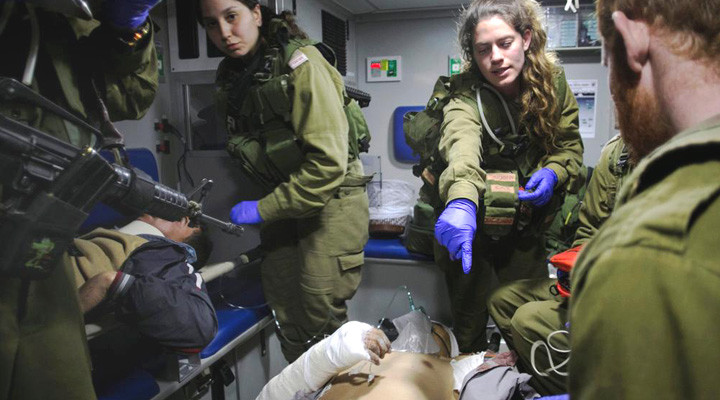 Even ambulances, that hallmark of neutrality and non-violence, have been abused by Palestinian terrorists. Wafa Idris, the first Palestinian female suicide bomber, worked for the Palestinian Red Crescent and drove an ambulance to the attack site, with the bomb belt hidden in the ambulance. Her “medical credentials” provided easy passage through IDF roadblocks en route to the bloody bombing in downtown Jerusalem.

Ahmed Jibril, an ambulance driver for the Palestinian Red Crescent, was arrested while transporting explosives in his ambulance for delivery to terrorists in Ramallah. A suicide bomber’s explosives belt – holding 16 pipes and over 20 pounds of explosive material – was hidden under the stretcher on which a child was lying.

A 19-year-old soldier is commanding an Israeli security checkpoint. An ambulance arrives, transporting a woman who is seemingly pregnant. The woman appears to be in pain and her husband is highly anxious. But the IDF has a specific warning that a Palestinian ambulance is en route carrying a terrorist and explosive belt for a suicide attack. It is a hot day and there is a long line of cars. The soldier’s commanders instruct him on a two-way radio to “examine each ambulance thoroughly until we find the terrorist.” To complicate matters, a news video crew is present.

The soldier has to make a number of critical decisions in a very short time. He knows that if he lets the ambulance through and it contains a terrorist, innocent people will die. On the other hand, if there is not a terrorist in this particular ambulance, and he delays a pregnant woman from reaching a hospital, the mother and baby could be endangered.

Ambulances, when used for military purposes, lose their “protected” status, and Israel is forced to counter with increased strictures. Ultimately, Palestinians cause harm to themselves. 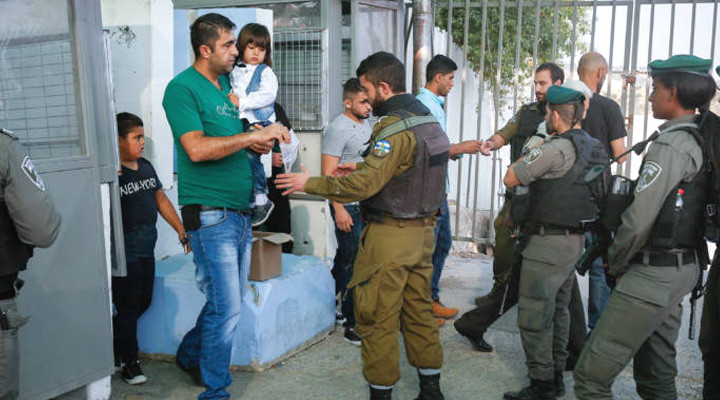 To complicate matters, the media is unforgiving when Israeli security – in an effort to save Jewish lives – restricts Palestinians. Discussing the effectiveness of the Israeli security barrier in keeping terrorists out, Time magazine editor Richard Stengel lamented:

“They [Israel] haven't had a car bombing in two and a half years. And the sad truth, really, is that the wall with the West Bank has actually worked... the wall is functioning.”

Until they reform this perverse culture, Palestinians will suffer frustration and despair. And Israeli security measures will continue to protect innocent lives against those who seek to harm.

Don't Equate Israel’s Targeted Self-Defense with Hamas’s Aggression
Faith: the Axis Upon Which the Wheel of Science Turns
Love - Not Just About Chemicals Anymore!
Is There a Moral Code in a Virtual World?
Comments
MOST POPULAR IN Israel
Our privacy policy