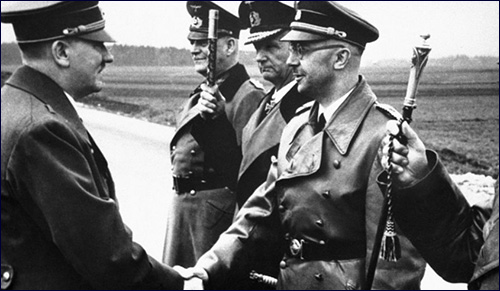 The largely overlooked story of how Heinrich Himmler saved thousands of Jews at the end of WWII.

On November 3, 1944, Adolf Hitler’s deputy, Reichsfuhrer SS and General Plenipotentiary of Nazi Germany Heinrich Himmler, was traveling on a German military train from Breslau to Vienna. Sitting with him was his longtime friend, Dr. Jean-Marie Musy, the former president of the Swiss Confederation.

Their conversation that day set in process a remarkable saga that led to thousands – and possibly even tens of thousands – of European Jews being saved from Nazi extermination. It ranks as one of the more extraordinary stories of the war, and yet it is an all but unpublicized one.

Musy had known Himmler since the 1930s and had been the publisher of a pro-German newspaper, La Jeune Suisse. During that period he had worked to reduce the prominence of Jews in economic and public life. But by 1944, he had reversed his position, stopped his publication, and decided that the Nazis were criminals and murderers. Unbeknown to Himmler, Musy had gone so far as to switch his loyalties and become an emissary of the Irgun, the Revisionist Zionist movement.

As World War II was drawing to a close, Hitler ordered the extermination of all remaining Jews in Nazi death camps throughout Europe.

Unsurprisingly, the Irgun’s route to Musy, and via him to Himmler, was a convoluted one. It originated with Dr. Reuben Hecht, who worked as an Irgun representative in Zurich. Hecht forged a close relationship with the American consul general there, Samuel Edison Woods, and persuaded him to embrace Zionism. Woods, in turn, introduced Hecht to Yitzchak and Recha Sternbuch, an Orthodox Jewish couple who ran the Swiss branch of the Emergency Rescue Committee (Va’ad ha-Hatzalah) of the Union of Orthodox Rabbis. They established contacts with the Papal Nuncio to Switzerland and gradually gained influence with the broader Swiss diplomatic community. And in September 1944, they came into contact with Musy, recruited him to the Zionist cause and, astoundingly, proved able to negotiate with Himmler through him.

A 1974 conference at Yad Vashem, and the resulting documentation, indicated that these negotiations ultimately saved the lives of many thousands of Jews. As World War II was drawing to a close, Hitler ordered the extermination of all remaining Jews in Nazi death camps throughout Europe. But under pressure from Musy, Himmler – the monstrous architect of the Holocaust, now seeking to save his own skin and that of his comrades rather than go down with the ship as Hitler intended to do – countermanded the Fuhrer’s order. 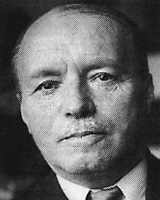 Himmler’s late November 1944 countermand ordered a halt to the murder of Jews throughout the Reich and called for the destruction of the gas chambers at Auschwitz-Birkenau. This order, it need hardly be stated, came far too late to save the millions upon millions of Jews and others whom the Nazis had murdered. Himmler, it also need hardly be stressed, was a central cog in that genocidal Nazi machine. His intervention to counter Hitler toward the very end of the war was entirely cynical and self-motivated. It was also not universally implemented. Hitler himself worked to ensure that his will not be subverted. And lower-level commanders took independent actions in the chaos at war’s end. Despite Himmler’s orders to the contrary, there were death marches which continued until the last day of the war.

But scholarly data indicates that at least some of the Jews who were still alive in the camps when the war ended were there because of Himmler’s intervention – a countermand that led Hitler to condemn his former faithful deputy for betrayal.

Evidence of Himmler’s intervention and its consequences derives from a number of reliable sources – some of which were cited at the 1974 Yad Vashem conference – including testimony from the Nuremberg War Trials, the Rudolf Kastner War Trial, the Archives of the Holocaust, the Hecht Archive (which includes an enlightening interview of Hecht by Monty Noam Penkover, professor emeritus of Jewish History at the Machon Lander Graduate Center of Jewish Studies in Jerusalem), and US Foreign Service documents. 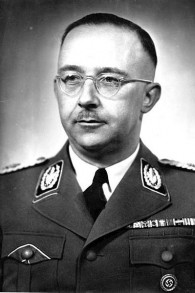 These documents indicate that Musy was able to persuade his old friend Himmler that, while the war was lost, there was still a narrow window of opportunity available to him: that if he worked against Hitler to keep camp inmates alive, stopping the death marches, gassings and executions, he could expect somewhat more favorable international treatment and a greater chance of post-war survival.

It was these issues that were discussed by Himmler and Musy on that November 3 journey to Vienna. Two weeks later, on November 18, Musy informed Himmler in writing that the United States government was prepared to participate in negotiations with him, through Musy, via its consul general in Zurich, Woods, over the possible transfer of hundreds of thousands of Jews from concentration camps in the Reich to freedom via Switzerland. On November 24, 1944, Himmler ordered gassings to stop and crematoria to be destroyed at Auschwitz and its 51 sub-camps.

Subsequently, a first trainload of 1,200 Jews from Theresienstadt concentration camp were indeed released, as agreed upon, but no other Jews were liberated in this manner under the Musy-Himmler agreement. Hitler intervened and halted the plan to move these Jews out of Nazi territory by train. Instead, a secondary plan evolved, by which many thousands of Jews were ultimately saved through Himmler’s intervention in Hitler’s evacuation plan and by stopping the complete destruction of the concentration camps late in the war. 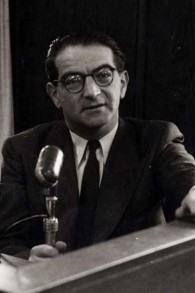 Dr. Rudolf Kastner, the former president of the Hungarian Zionist Organization, said in a 1945 affidavit: “After the fall of 1944 Himmler granted several concessions. Thus he permitted the departure for Switzerland of 1,700 Hungarian Jews deported to Bergen-Belsen and also agreed to suspend the annihilation of the Jews of the Budapest ghetto. Himmler permitted the handing over to the Allies the Jews of Bergen-Belsen and Theresienstadt without a shot being fired, which in his eyes and the eyes of his colleagues was a very generous concession, and certainly one [for] which he expected some political concession be granted in return. In hopes of contact with the Western Allies, Himmler even made concessions without any economic returns. To this end Himmler may be ascribed the general prohibition dated 25 November 1944, concerning the further killing of Jews…. [Adolf] Eichmann, at first, did not obey this order.”

Hitler was unprepared for Himmler’s turnabout, which did not become completely clear to him until April 1945. Himmler had been known as der treue Heinrich, “the faithful Heinrich.” But though dedicated to the Fuhrer throughout the war, Himmler was not part of Hitler’s inner circle. And despite his unconditional obedience to Hitler – which lasted at least until late 1944 – Himmler preferred socializing with rank-and-file German soldiers. It was of great importance to Himmler that German concentration camp guards be treated as prisoners of war rather than being shot on the spot when Allied victors entered and took over the camps. 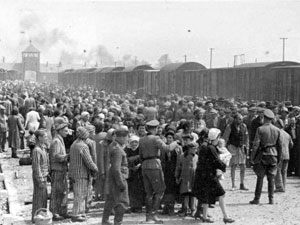 Hungarian Jews on the Judenrampe (Jewish ramp) after disembarking from the transport trains at Auschwitz-Birkenau, May 1944. (Photo credit: From the Auschwitz Album)

As Himmler issued orders to release trainloads of Jews, he was met with resistance and counter-commands from Hitler. Underlings faithful to the Fuhrer brought news of the release of the first trainload of Theresienstadt Jews to Hitler’s attention, and the transfers were halted. Now the secondary course of action went into effect – the effort to halt death marches and the preservation of camps marked for destruction. Himmler was able to partially prevail and keep some camps intact, preventing the immediate death of many prisoners.

Himmler’s betrayal enraged Hitler and resulted in Himmler’s dismissal from all posts in April 1945, and an order by Hitler for Himmler’s arrest. In his Last Will and Testament, Hitler accused Himmler of betrayal and treachery.

“Before my death, I expel the former Reichsführer-SS and Minister of the Interior, Heinrich Himmler, from the party and from all offices of State…

“Göring and Himmler, quite apart from their disloyalty to my person, have done immeasurable harm to the country and the whole nation by secret negotiations with the enemy, which they conducted without my knowledge and against my wishes, and by illegally attempting to seize power in the State for themselves.” 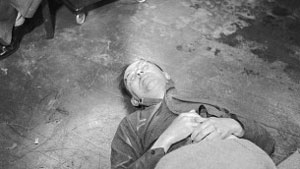 Unsuccessful in an attempt to hide after fleeing in disguise from Berlin to Flensburg, Himmler continued 120 miles south toward the Elbe River, and, on May 21, 1945, was arrested at a checkpoint on a bridge at Bremervorde.

On May 23, 1945, in British custody at the 31st Civilian Interrogation Camp near Luneburg, Southeast of Hamburg, Heinrich Himmler bit into a cyanide pill and committed suicide.

Click here to read a longer version of this article that originally appeared in the Times of Israel.

Joanna M. Saidel, Ph.D was personal research assistant for the late Professor Benzion Netanyahu, father of the current prime minister, from 2000 to 2010. She authored the Doctoral dissertation, Revisionist Zionism in America: The Campaign to Win American Public Support, 1939-1948, and the Master’s thesis, Jewish Life in Latin America. Her articles have appeared in the Times of Israel and the Jerusalem Post. She was awarded "First Place" in the International Art Competition, "My Jerusalem," by Mayor Teddy Kollek and Baron Edmond de Rothschild.