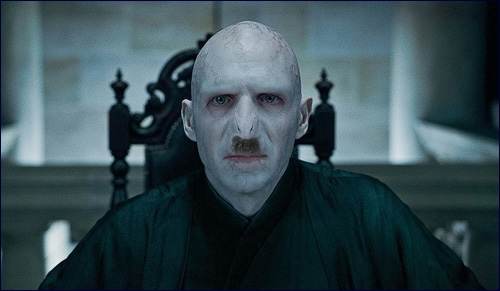 At what age is it appropriate to start teaching young children about the Holocaust?

As the sheer number of survivors diminishes, in the onslaught of a new wave of anti-Semitism and a resurgence of Holocaust denial, the continuity of Holocaust awareness is vital not just for a Jewish future, but also to its past. Holocaust education gives dignity to the six million voices who cannot tell their stories. Holocaust memoirs and diaries often include the refrain, "Tell them what they did to us." Witnessing, remembering, recalling, provides those who were silenced a voice.

But at what age do we begin? Some people fear that once a child gets a glimpse at the deprivation society can reach, innocence is shattered. Furthermore, can a young mind grasp such enormous atrocities? Are they ready to confront murder motivated by a racism and a seething hatred of religion? Is there something wrong if one has had absolutely no Holocaust consciousness by the time they are in high school?

We can find one answer in a rather unlikely place: The Harry Potter series. Every child who has read Harry Potter has engaged in learning about the Holocaust, whether they realize it or not.

Every child who has read Harry Potter has engaged in learning about the Holocaust, whether they realize it or not.

This is the story of an evil dictator, Voldemort, who systematically plans to take over the world. As part of mass domination, he aspires to create a master race of wizards, a pure breed. Anyone not born of this pure breed, all people connected with a half-breed, a muggle, will be tortured and annihilated. Never mind that this wicked mastermind is himself a half-breed.

In the movie version, there is even a tattooing on the wrists of those siding with the muggles. The evil leader has his symbol, the Death Mark, and his followers are Death Eaters. Voldemort takes over the Hogwarts School of Magic providing him with the means to directly control and manipulate the students. The beloved and respected Head of School, Dumbledore, strives to rally all others to fight this horrific sovereign. Half-breeds must go into hiding, neighbors turn in neighbors. Weddings and tournaments are interrupted by Death Eaters set on a deadly quest. The Order of the Phoenix and Dumbledore's Army are small posses that comprehend the magnitude of the wickedness lurking in the corners, seeping through the windows, and crusades against it. And ultimately there is the Final Battle where good and evil do battle and only one can live.

I think J.K. Rowling, the author, expects readers to make these connections. Replace Voldemort with Hitler, the pure breed wizarding world with the Aryan race, muggles and half-breeds are Jews, the Death Mark and Death Eaters, the swastika and Nazis. The takeover of Hogwarts is the Hitler Youth Movement, the Order of the Phoenix and Dumbledore's Army embody the Partisans and Resistance.

Dumbledore takes on the role of Churchill. There are pogroms. The Harry Potter series is the Holocaust history in disguise. And children of all ages devoured the books.

In a language children can understand, Rowling explores the conflict of evil vs. good, the immorality of a pure breed, the price of hate, the realities of genocide, the sinfulness of believing blindly in a corrupt totalitarian ruler, and the price of not getting involved when basic human decorum demands otherwise.

And children have been able to understand this, without crushing their innocence. They finish the series still believing that good can conquer evil.

Lives will be lost. Nothing is taken for granted. The fight is necessary. The world will not continue as it was. But somehow, that which is right, triumphs.

Rowling did not shy away from presenting the whole story to her readers. In the novels, as in real life, great people were butchered. Cherished characters were violently executed by Voldemort and his followers. By the Final Battle, reminiscence of World War II, just about every family in the Harry Potter saga, and the readers, wailed at the loss of dearly loved ones.

In educating young people about the Holocaust, J.K. Rowling has laid the foundation and provided a place from which to start. Millions of children have already embarked on the journey to learn about the Holocaust; they have read Harry Potter and this has brought to life many of these unimaginable, incomprehensible themes. Teachers and parents can now use the books as a launching pad for discussion and help kids to connect the dots.

It is up to adults to rise to the challenge and replace the myth with truth.

Orly Fuerst was born in Israel and grew up in the US. She holds a Master's in Education and is a Holocaust Fellow. Orly spends her days teaching Language Arts and History, running after her 6 kids (trying to avoid the time when her kids will no longer need chasing) while planning ingenious ways to escape the Texas heat and writing Jewish and parenting articles.

Menachem Begin on the Lessons of the Holocaust

The Silence of God