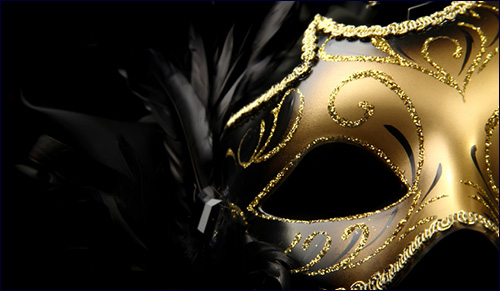 Sometimes it is through the darkness that we can bring out our greatest light.

The Book of Esther reads like a Hollywood plot. Replete with deception, secret liaisons, happenstance, and execution, it is the ultimate blockbuster. This is a rags to riches story of an orphan, taken against her will by a powerful King. Seemingly without a voice or tools to fight against the powers that be, the orphan Esther finds the courage, resolve, and faith to render decisive, powerful choices that change both her personal destiny and that of the Jewish people.

Esther seems to have begun her journey as a passive participant, following both Mordechai and Achashvarosh's requests. Mordechai tells Esther that if she does not step up to help reverse the decree that would have led to Jewish decimation, someone else will. Only then does Esther take the proactive, heroic actions that we all have come to admire.

Completely alone in the King’s palace, as a secret Jew, Esther did not have a "bolster" on which she could lean on.

We all have times when our support is taken away, when we are left to our own devices and are essentially forced to initiate and act. For example:

Forty years of marriage, five children later, he was your anchor, your base, as were you his. He did the bills; that’s just how it was. When he passed on, all financial matters were placed on your shoulders. Had you ever seen a bank statement, an electricity bill? Those first steps towards financial knowledge and aptitude were tentative at the very best. Slowly you began to feel more self–confident. Slowly you realized just how competent you were at all things monetary. That's when the entrepreneurial spirit emerged…..

It was all new. Shabbat was new. Torah was new. The concept of community was new. You needed direction and guidance. The mentors provided that. The Rabbi and Rebbetzin became your models. You watched, you absorbed; you were in awe. On Shabbat, a light emanated from that family. During the course of the year, they taught you the ins and outs of Shabbat and how to infuse it with joy and love. Now it was your turn. It would be your first Shabbos without them. You invited some friends, you cooked and baked challah. Could you pull Shabbat off and make it feel spiritual?

Many of us have envied the "lucky" people, the ones with the "bolsters." They were born into wealth. They have super supportive spouses and families. No learning disabilities, no ADHD there. The boss at age 30, the villa before midlife. The classmates who don’t know of divorce, disease, depression.

God in His loving kindness chose to bless certain people with a smoother ride and others with a more rugged one. Esther was of the "rugged" persuasion: A child without parents. Check. Taken captive .Check. Unable to practice her identity publicly. Check. Shouldering the future of her people. Check. Esther was indeed rugged.

If Esther had been given a "smooth ride" would she have been the chosen one to save her people? Success stories often do not originate from entitlement but rather from void. When something is missing in our lives, we are given opportunities to make choices independent of anyone else. With no money, we are often forced to get creative. With no extended family, we are often enticed to reach out to others. With little skill, we our often encouraged to develop latent talents that otherwise might go unnoticed. Soul mate searching? Do not have children as of yet? We our often compelled to reach inward and pray, frequently attaining spiritual insights and heights we would have not acquired otherwise.

Esther was the lone Jew living amongst the enemy. That must have been the loneliest space to be in. Yet perhaps because her void was so intense, so deep, she had the opportunity and motivation to develop the traits that helped her deftly overthrow an empire and save her nation.

Esther's name comes from the Hebrew word “hester,” which means hidden. In the entire Book of Esther, we do not see the name of God. This is unlike any other of our holy texts. The omission of God's name illuminates the essence of this holiday. During this time period, God’s face is hidden. Events seemed to unfold casually, and only in retrospect could the Divine orchestration, the Divine big picture, be perceived.

God is always with us. We our His children. He is our father. But sometimes, He cloaks Himself in order for us to feel want, to feel need, and to feel void. It is in this space that Esther found her true strength and destiny, and it is in this space that we can find ours. There are times we all feel “Hester Panim,” when God’s face is hidden? Sometimes it manifests at the most important life junctures.

The "smooth ride" is not a necessarily a vote of confidence, and the "rugged ride" is not necessarily as dreadful as it might first appear to be. Throughout that rugged ride God is believing in you. He knows you can cultivate and grow under such circumstances. He knows that through the darkness, you can bring out your greatest light. He knows the void will eventually fill with greatness; He knows you can succeed, flourish and rise to the occasion as did the magnificent Esther.

Purim and Hester Panim: The opportunity of a lifetime. God is hidden, and we uncover Him and ourselves in the process.

Esther and the Moon
Should I Break Up, Get Engaged or Keep Dating?
Time Is Your Precious Commodity
A Constant World in Flux
Comments
MOST POPULAR IN Purim
Our privacy policy