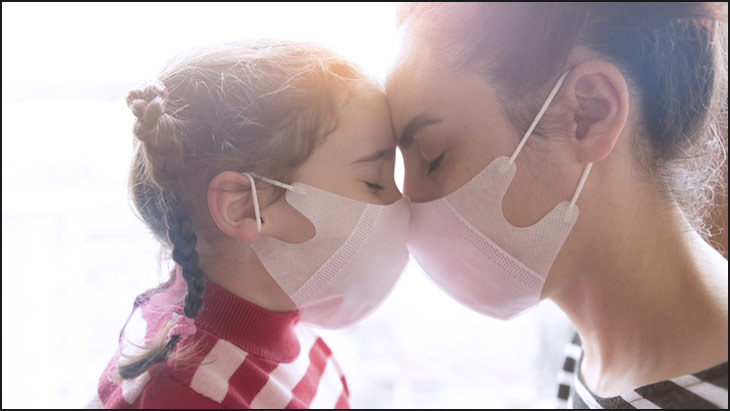 There are blessings waiting to blossom in the aftermath of our global confrontation with the angel of death.

Regarding the unprecedented development of two new vaccines in less than a year with over 90% efficacy, with the promise of eradicating the coronavirus global pandemic in the very near future, Health and Human Services Secretary Alex Azar called the moment “nothing short of a medical miracle”.

Jews could not help but note the startling coincidence that both the Pfizer as well as the Moderna vaccine miracles received approval during the holiday of Hanukkah, the festival which annually affirms the power of light over darkness and hope over despair as a result of miraculous divine intervention.

Dreadfully, the plague has not as yet ended. Sickness and death are still with us in unbearable numbers. But with the discovery of the vaccine, the darkness of night promises to be followed by the light of dawn and the joy of sunrise.

Hopefully it is not too soon to ask: How will our lives change in the aftermath? Can we ever return to the “normal” that preceded the pandemic? And perhaps most important of all – are there any things that we learned from the days of horror that might bring with them seeds of wisdom and blessing for the future?

It is our response to tragedy that defines us.

We cannot undo what happened, nor do any attempts at theological justification suffice. We are no wiser than Job who was simply reminded by God of the limitations of human intellect. Tragedy remains tragic. But as Robert Kennedy so perceptively put it, “Tragedy is a tool for the living to gain wisdom, not a guide by which to live.” And perhaps, as Richard Bach beautifully wrote, “What the caterpillar calls the end of the world, the Master calls the butterfly.”

It is our response to tragedy that defines us. The Torah gives us the initial illustration of a common but foolish reaction. Noah was the first to witness global destruction. No sooner did he leave the ark and bear witness to the world’s devastation than he “planted a vineyard and drank of the wine, and was drunken” (Genesis 9:20 – 21). Escape – wine, drugs, licentiousness – invariably attempt to ease our pain since Noah’s time, with equally unsatisfactory results.

Some think the post pandemic era will suffer a similar fate. Yale professor Nicholas Christakis, in his new book “Apollo’s Arrow: The Profound and Enduring Impact of Coronavirus on the Way We Live” claims society will make up for lost time as soon as it’s safe to do so, with hedonism and profligacy “plunging humanity into an era of vice and indulgence.”

But that is not what contemporary polls and research are showing.

There are blessings waiting to blossom in the aftermath of our global confrontation with the angel of death.

In a remarkable piece in The New Republic, “Imagining a Better Life After the Coronavirus”, Jonathan Malesic posed the following question to his Twitter followers: “Are there any ways your life is better in this situation?” From around the country responders stressed they found a number of positives in their new reality – more time to spend with their families, less work pressure and more flexibility in their working hours. None of them want to go back to “the old way of normal.”

People also report a renewed appreciation for talking to their loved ones – 72% say the pandemic will have a positive impact on how we communicate in the future.

"I think there will be some upside” to this disruption that workers will want to preserve, says Debra Dinnocenzo, the president of VirtualWorks, a consulting firm that advises companies on transitioning to telework. “People, families, are going to be spending more time together,” she says. “I think people will be more adamant that they want more time to work at home and not go back to all the crazy commuting they were doing before."

For many, that will sit well with their bosses. Nearly three-quarters of corporate finance officials surveyed in late March by Gartner, a business research and consulting firm, said their companies plan to move many of on-site workers to permanent remote status as part of their post-COVID cost-cutting efforts.

By now, everyone has a list of things they once took for granted but now miss dearly, or things they’ve discovered and fallen in love with during this period of staying at home. These are the people, places and things for which we have a newfound or renewed appreciation. We’re sorry we didn’t appreciate them before the pandemic and we promise ourselves that we won’t make that mistake again when things return to normal-ish.

Roughly 90% of Americans say the COVID-19 pandemic “is a good time to reflect on what’s important to them,” according to a recent survey conducted by National Research Group

The pandemic has brought to light many failings of our society and values, among them the religious devotion to work: the very American notion that only through labor do our lives have meaning. The Kinder Institute for Urban Research concluded that “Our culture often forces us to choose between our work and the people we love.” The pandemic for many taught us which one is the better option.

“Without commuting as well as the wasted time in office nonsense, I find myself able to read, to study and to learn far more than I’ve ever done before” was the response of the great majority.

One New York Times reader wrote, “It is part of the human condition to not appreciate something until it was taken away. When our lives to return to normal – sooner I hope rather than later – I will never again take for granted the joy of hugging and kissing my children, my sisters my friends.”

These insights echo what Jewish traditions can powerfully teach us without the need for learning from tragedy. Shabbat, the day not simply of rest but rather of human purpose, emphasizes that we do not live to work but that we work in order to live lives of meaning and connection, and contact with the Divine.

Perhaps in some measure these values will become part of the lesson of the pandemic after we heal from its curses. Perhaps, too, we will at long last grasp that the greatest tragedy of life is not that it ends so soon but that we begin it so late.

The Hearts of Kings