Yom Kippur and the Lessons of 9/11 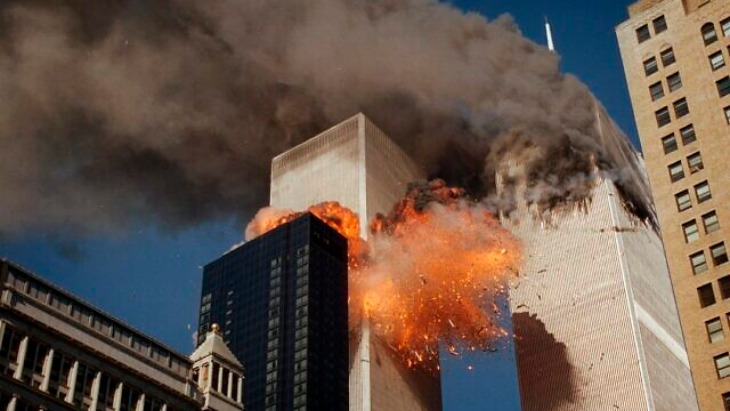 “If we learn nothing else from this tragedy, we learn that life is short and there is no time for hate.”

Those who were alive then will never forget it. It was a transfoming moment – for America, for the world, and for everyone of us personally.

And the 20th anniversary of this historic event occurs on Shabbat Shuvah, the Sabbath between Rosh Hashanah and Yom Kippur during the ten days of repentance. It is the day we are particularly meant to prepare for Yom Kippur, the Day of Atonement, in order to define the spiritual meaning of our lives as well as our historic roles in the perfection of God’s universe.

Until 2001 Americans felt personally distant from war. War was something that happened overseas -across the Atlantic as well as the Pacific oceans. We were protected by distance.

9/11 made us realize that we are not an island protected from the evil of terrorism or the horrors of conflict.

9/11 made us realize that we are not an island protected from the evil of terrorism or the horrors of conflict.

Just as the past two years made us recognize that a pandemic does not respect national borders, what happened to the World Trade Center proved to us that terrorism makes all of us possible victims. To close our eyes to international terror is to invite its presence on our own shores in the not distant future, as our enemies are quick to notice our unwillingness to fight those who seek to destroy us.

The words of the Yom Kippur liturgy - who will live and who will die - apply even to Americans who erroneously believed the soothing lullaby that “it can never happen here.”

In the immediate aftermath of 9/11, the Holocaust mantra of “never again” was frequently utilized to express the everlasting dedication to our commitment to eradicate terrorism. They “9/11 Memorial and Museum” billed itself as “the country’s principal institution concerned with exploring 9/11, documenting its impact, examining its continuing significance.” It didn’t take long for aspirations to be downsized or scuttled. A planned traveling exhibition to keep alive 9/11 memories nationwide was replaced by what the New York Times described as “downloadable posters” made available to libraries upon request. The museum receives almost no public funding. The annual memorial ceremony has been downsized and limited to families of the dead, ignoring the firefighters, police and medics whose lives were on the line that day.

Originally named Freedom Tower, the building replacing the destroyed World Trade Center had its name changed back to One World Trade Center - because the word freedom might make it a bull’s-eye for terrorists. And the oath and firm commitment to “never again” be silent in the face of terrorism seems like nothing more than ghastly humor when viewed from the perspective of the international indifference in the face of worldwide failure to act against unchecked and encouraged national acts of terrorism.

“Never again” as a post 9/11 slogan can only have meaning if we really mean it, and the reality of these past 20 years makes clear that we have not yet taken these words seriously - neither with regard to the worldwide outbreak of antisemitism nor of the ongoing terrorist threats of anti-Americanism.

“The lessons that matter”

We do not know who wrote the following message after 9/11. It remains one of the most beautiful and succinct summaries of the life lesson we are to take from an event that has the power to alter our lives - a message that this year finds a profound echo on the day of Shabbat Shuvah which coincidentally serves as 9/11’s anniversary.

Sandy Dahl, the wife of flight 93 pilot Jason Dahl, turned it into her personal prayer: “If we learn nothing else from this tragedy, we learn that life is short and there is no time for hate.”

So too a 9/11 survivor begs us to remember “that life is fleeting, impermanent, and uncertain. Therefore, we must make use of every moment and nurture it with affection, tenderness, beauty, creativity, and laughter.”

These are some of the reasons we need to remember. Let us pray that by way of memory we may turn a day of tragedy into a prophetic message which will grant us the wisdom to hasten the coming of a universal day of peace, love and understanding.

The Most Important People in Your Life: Teachers
The 21st President of the United States: Failure or Inspiration?
Hiding Their Jewishness
The Jewish Pope: Following the Questions Home
Comments