What I Learned from the Lubavitcher Rebbe 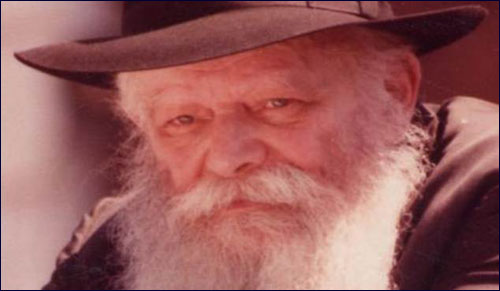 Out of the blue, the Rebbe summoned me. He wanted to send me on a challenging mission.

Changing the course of Jewish history is a feat accomplished by but a few truly remarkable giants. To his hundreds of thousands of followers and to his admirers around the world, the Lubavitcher Rebbe, Rabbi Menachem Mendel Schneerson, of blessed memory, is considered to have been the most phenomenal Jewish personality of modern times. His “shluchim,” the messengers he appointed to serve Jews and Jewish communities in far-flung corners of the world desperately in need of spiritual guidance and the wherewithal to lead religiously observant lives, have helped immeasurably to revitalize post-Holocaust Jewry.

On the 20th anniversary of his death, a number of books have just recently appeared that describe in great detail the incredible scope of the Rebbe’s achievements. They make fascinating reading. But what I would wish to share with you is a personal experience that allowed me not only to recognize his greatness but to be granted an insight which changed my life.

The year was 1989. I had just been granted a sabbatical both from my congregation as well as my teaching position at Yeshiva University. My plan was to go to Israel, to learn and to write. I was totally unprepared for a call from the Lubavitch office telling me that the Rebbe wanted to meet with me privately to send me on a mission.

I had no previous relationship with Lubavitch. I couldn’t imagine what the Rebbe possibly had in mind for me. Perhaps, I thought, it was a case of mistaken identity. After all, I am clean-shaven, of knitted yarmulke headgear and modern garb, and hardly can be mistaken for a typical Hassid. “Are you sure you have the right number?” I asked.

“Yes, of course,” they assured me, “we know everything about you. And the Rebbe does want to see you.”

So I went and what the Rebbe had in mind stunned me. It seemed far beyond my capabilities. But I was sufficiently in awe of his almost supernatural saintliness to agree without further question.

“But are there religious Jews there?” The Rebbe just smiled, and then he added three words: “There will be.”

I was to go, as per his instructions, to the Far East – to Singapore, Australia, New Zealand, Bangkok and Tokyo. In all of these places his representatives would set up meeting places and arrange for people to come listen to me lecture on Jewish themes, to be educated and to be inspired.

I asked the obvious question. “But are there religious Jews there?” The Rebbe just smiled, and then he added three words: “There will be.”

What he taught me was the key to the entire success of his movement and his disciples. He explained to me that to be a good Jew means not only to have faith in God. At least as important is to have faith in fellow Jews.

Being a good Jew means having faith in God – and faith in fellow Jews as well.

In our generation there are more baalei teshuvah, returnees to Jewish tradition and observance, than at any other time in Jewish history. All because of those spiritual leaders whose faith in God was wedded to faith in those created in His image.

I went to all the places the Rebbe sent me. I was optimistic because the Rebbe told me it would be a mistake if I wasn’t. And thank God, because of my message – not because of me – I was successful in changing the lives of many who came to hear me and were searching for additional meaning in their lives.

When I returned I was given a message that the Rebbe wanted to see me once again. This time he wanted to give me a blessing. It was a moment I cherish to this day.

Part of the Rebbe’s greatness was that he did not judge me – or for that matter anyone else – by externals. He chose to judge people by their inner essence, by their spiritual connection to God, rather than by their outer appearance.

And that is a remarkable part of his legacy that all of us, whether we identify as his disciples or not, need to place in the forefront of our relationship with others. In a time of religious divisiveness that is all too often marked by hatred and unjustified animosity, we need to remind ourselves of the Torah’s profound truth that the Rebbe exemplified: Every Jew, no matter how seemingly secular or far removed from God, has within him or her a spark of the Divine. All we need to do is to feed that flame and, like the bush in which God first appeared to Moses, it will burn so strongly with the fire of faith that it will never be consumed.

Mammogram: My Fear of Cancer and Learning to Trust in God
In the Shadow of David and Goliath
Where Do the Laws of Nature Come From?
Saadiah Gaon, Rashi and Maimonides: How Three Rabbis Revolutionized Judaism
Comments