We All Want to Fly: Two Short Messages for My Kids 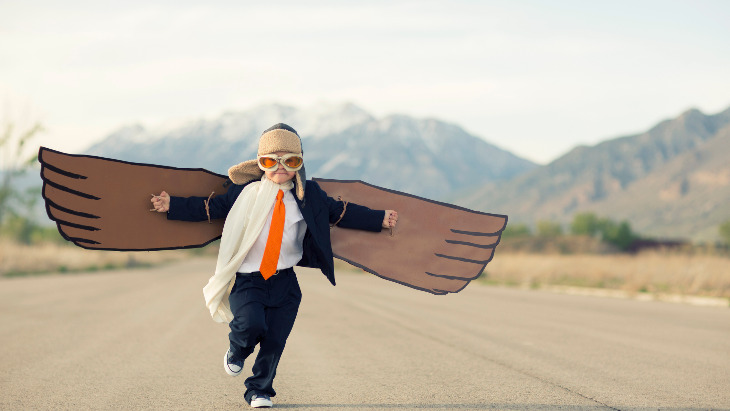 God is speaking to us all the time, if we just look for His messages.

My kids and I were outside building our sukkah, surrounded by a bunch of kids from the neighborhood, everyone excited to take part in what seemed to be one of the biggest building projects of the decade.

Two small incidents happened that gave me the opportunity to show my children how God speaks to us all the time, if we just look for His messages.

A boy came by with a small blue and white bird perched on his shoulder. We all gathered around mesmerized, taking turns holding the cute bird. It crawled on top of my head and I asked the boy, “Why doesn’t the bird fly away?” (I never had a bird growing up and know nothing about birds as pets.)

He answered me in Hebrew, “Because his wings were clipped and he can’t fly.”

“That’s terrible! All this bird wants to do is fly, and someone came and brutally disfigured him, robbing him from fulfilling his potential. I could never have a pet like that. It’s cruel.”

My kids thought I was overdoing it (maybe they had a point), and then I seized the obvious teachable moment. “This is what some parents -- and others -- do to their kids. They clip their wings by holding back their encouragement and telling them that they can’t reach their dreams. God created them with enormous potential – they want to fly – and others prevent them from spreading their wings. Isn’t that cruel?”

My 10-year-old son Noah rolled his eyes, but later that day he showed me he got the message. He wanted to borrow my married daughter’s sukkah that wasn’t being used this year. He promised he'd take full responsibility for it, and get all the additional building materials he’d need. I was skeptical.

The boy with the bird left, just as a two-year-old girl started yelling, “Everyone look at me! Everyone look at me!” We all turned. She was hanging on to a short slanted ledge on the side of the building less than a meter off the ground, and wasn’t going to stop screaming until all attention was diverted to her.

My boys laughed at her desperate need for attention.

“What do you mean?” Noah asked.

As we sit in our sukkah under God’s sheltering sky, may we be open to seeing His messages and taking them to heart, and may we spread our wings and fly, true to our soul’s mission. Chag sameach.

My Year of Going Out of My Comfort Zone

Guest Etiquette
The Promise Of The Land
Which Chat Are You On?: Parshas Behar/Lag Ba’Omer
Do You Like Slow-Cooked Food? Thank the Jews
Comments