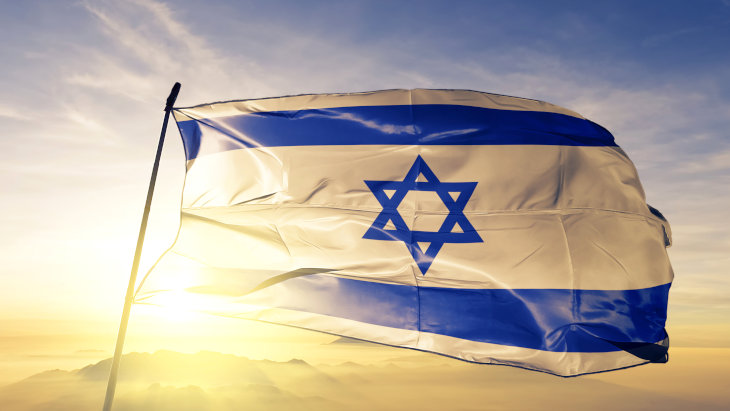 Rather than reveling in nuance and complexity, we should tell ourselves a simple story of national and religious pride.

Earlier this week, I attended a conference organized by the Schusterman Center for Israel Studies at Brandeis University. The topic was Israel and the media. Maybe it was that 14th cup of coffee, or maybe the superabundance of smart people congregating to discuss our shared obsession, but as the panels progressed and breakfast turned to lunch, I began having hallucinations.

In my daydream, I was visited by a gaunt young man with an inky black beard. Like many of the conference attendees, the young man was a Jewish journalist. Like us, he spent hundreds of hours grappling with anti-Semitism and violence, trying to make sense of a world that seemed less stable and more perilous each day. He, too, fretted about the limits of his profession, and wondered how to reconcile the affinity he felt for his hunted people with his belief in the universalist and humanist values of his fellow cosmopolitan intellectuals.

There was a point, however, when the real-life Theodor Herzl had a revelation. Journalism, he understood, could offer him nothing more than the meager satisfaction of standing by a burning building merely to measure and document the height of the flames. Herzl wanted more. He wanted to run in and save the people inside. As a reporter, he knew, he would always be biased, not in favor of one ideology or another but in favor of the what the trade prized above all else: dispassion. Dig for facts. Strive for objectivity. Tell all sides of each story. Don’t take anything personally.

The Dreyfus Affair showed Herzl a different direction. In Zola’s J’accuse and in the work of pro-Dreyfus journalist Bernard Lazare, he saw an alternative to the urbane and demure sophistication of his deracinated Jewish friends at the Vienna-based Neue Freie Presse, his employer. Dreyfus’ defenders made no effort to plunge into the infinity of nuance. They cared much more about the clear and shallow truth: An innocent man was dispatched to hell for no reason other than being Jewish. It was a simple story, but it was true and morally resonant and it moved Herzl and many others to action. The next time the bearded young gentleman made a serious effort at nonfiction, with 1896’s Judenstaat, he wrote the following uncomplicated sentence: “The Jews who will try it shall achieve their State; and they will deserve it.”

Ask even the most ardently Zionist among us to express our feelings, and you will likely hear a jumbled mess of equivocations, clarifications, throat-clearings, disclaimers, and half-apologies.

Many of us American Jews consider ourselves Herzl’s disciples, and yet few of us seem capable of his clarity. Ask even the most ardently Zionist among us to express our feelings, and you will likely hear a jumbled mess of equivocations, clarifications, throat-clearings, disclaimers, and half-apologies. How do we feel about Israel? We support it, of course, but acknowledge that it is important to empathize with the other side’s legitimate grievances, distance ourselves from Israeli policy positions with which we happen to disagree, and speak guardedly lest our passion, God forbid, come across as mere nationalistic zeal and offend our more refined peers. Talk to us, and you’ll hear facts and figures, the two columns of the ancient temple of hasbara, rather than normal human emotions. Query us about the conflict, and we’ll all say we want peace, not, heaven forbid, victory.

Even our language has grown limp, a phenomenon George Orwell keenly noted some decades ago when observing how bad politics can rot good words. Much talk at the academic conference was devoted to terminology and its conundrums, little of it particularly helpful. May we not, for example, call a man who plunges a knife into the throat of his fellow man a terrorist, regardless of the circumstances that led him to embrace violence? May we not call those slivers of land that lie between the Green Line and the Jordan River Judea and Samaria, the names assigned them in the holy book that is the cornerstone of our faith? And may we not insist that anti-Zionism—which stipulates that Jews alone among all the nations of the earth not enjoy the right of national self-determination—is just a more cumbersome and obfuscating name for anti-Semitism?

Sadly, these straightforward notions have become battlegrounds for a thousand tiring quibbles. Having peddled in the truism that life is immensely complex—itself, ironically, a yawning over-simplification—contemporary polite liberal thought insists that we approach every matter like museum goers gawking at a pointillist painting, leaning close to see not the big picture but the small dots of paint of which it is made. If we fail to dress any act or sentiment or thought, no matter how strong or stark, in thick layers of subtle distinctions, we’re chastised for being brutish or strident or dumb. A good reporter’s job, as one of the conference’s participants eloquently put it, is to traffic in grays; he didn’t say what ought to be done if reality itself, as reality so often does, turned black or white.

As the conference slouched toward its end, the usual questions were asked by the usual suspects, kind and earnest rabbis and educators and parents who wanted to know why we had such a hard time defending Israel in the media or on campus, or why so many young Jews seemed less inclined to associate with the Jewish State. You hardly have to be Herzl to know the answer: It’s because we’re telling the wrong story, or no story at all.

Here is what we ought to say about Israel: We love it, simply and truly and without complications. We believe it is our homeland, deeply and religiously and without reservations.

Here is what we ought to say about Israel, when asked by our fellow students or by our children or by the anchor on the evening news: We love it, simply and truly and without complications. We believe it is our homeland, deeply and religiously and without reservations. We acknowledge that it, like every earthly nation, is imperfect, but that its imperfection is precisely the engine that keeps thrusting it forward in search of a more perfect way of being in the world. We quarrel with it when we must, but are never needlessly harsh or unloving, and when we point out a problem we understand that we must also toil toward a solution because we have not only rights but also responsibilities. We praise it whenever we can, because there’s much to praise it for. We feel many things, and acknowledge all these feelings, but above all we feel proud.

Our ancestors understood much better than we do the power and complexity of seemingly simple tales. Simple stories drive us to inquire, to ask questions, to dissent. This is why the Bible, at the peak of the drama, has God saying but one line—“and ye shall be unto me a kingdom of priests, and an holy nation.” God doesn’t explain. He doesn’t tell us why he selected the Jews, or what for, or whether or not the children of those standing at the foot of the mountain are chosen as well. He doesn’t tell us what ought to be done. He merely leaves us with the blunt reality of divine election and lets us spend millennia trying to figure it out. Herzl’s command worked in much the same way: If we willed it, he told us, it would be no dream. The rest was up to us.

But nowadays we’re too smart for such bluntness. We demand that everything be explained. We yearn for the gray, associating the black with scoundrels and the white with madmen. We congratulate ourselves for having such a fine grasp of the delicate machinations of the world and then wonder why we are abandoned and assaulted by so many other ideologies and movements that, with their simple and moving stories, are so much more vivid than our dull and dusty observations. To survive, then, and to thrive, we need to relearn the basic lesson of Zionism, and once again tell ourselves a simple story we really believe.

Call-In for Pollard
Were Adam and Eve Jewish?
How I Learned to Love the Multiverse
10 Big Jewish Inventions
Comments