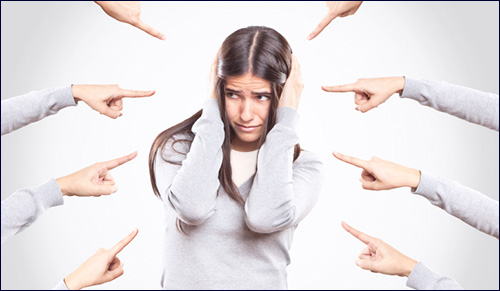 Rather than wallowing in self-pity, Jews have always taken responsibility.

After my mother passed away when I was in college, I felt like a terrible victim. I felt alone, angry, and scared. For years I walked around looking for pity from others. I wore my sorrows on my sleeve hoping to gain sympathy. The problem was that no one likes being around a downer. Instead of having compassion for me, my friends ignored my pain.

Only when I took responsibility for generating my own positive energy was I able to move on. Victimhood creates an insatiable desire for external support. As a passive victim, you look to others to help you move on. The first rule in therapy and personal growth is that you can only help someone who wants to be helped and ultimately you can only empower him to help himself.

The Jewish Secret to Overcoming Oppression

Having survived over 2,000 years of persecution, the Jews could be the leaders of the cult of victimhood. Whether it is the Roman conquest, the Spanish inquisition, the pogroms of Eastern Europe, the Nazi genocide, multiple Arab invasions, or Hamas terror, we have plenty of oppressors to blame for our suffering. However, the Jewish approach to suffering offers a radically different attitude to the commonplace practice of placing blame and feeling like a victim. In fact, it may hold the secret to Jewish success and survival throughout the ages and it can offer vital tools to help empower the oppressed people of the world – whether it be American minorities or Palestinian Arabs.

The Jewish approach to suffering is to take responsibility.

The Jewish approach to suffering is to take responsibility. We believe that we are never the victim of circumstance. On the contrary, everything happens for a reason and all challenges in life come to teach us a lesson in order to help us to improve ourselves. When the Torah states numerous times that terrible suffering comes about because of one’s spiritual deficiencies, it does not mean that these are unrelated punishments. Rather, they are signposts to facilitate our personal growth. In fact the word for suffering in Hebrew, “yissurim,” shares the same root as the word for self-improvement or chastisement, “mussar” which in turn shares the same root as the word to change directions “sur.” The Talmud therefore adjures us that “If a person sees that suffering has befallen him, he should examine his deeds” (Talmud, Brachot 5a).

When suffering strikes, don’t point the finger to blame others for your problem. Instead look inward and see what you might have done to somehow deserve it.

Does that mean that you are blaming the victim?

Saying that the “victim” can take responsibility for overcoming his trauma and growing from the experience does not exonerate the perpetrator. The Jewish philosophers ask the following question: Since everything that happens is part of the Divine plan, if Cain choses to harm Abel, he is only helping to fulfil part of God’s will. How then can Cain be punished for his sinful actions? Abel clearly needed to go through the experience of suffering for some reason. The answer is that although Abel’s suffering is indeed part of God’s plan, Cain didn’t have to choose to be the harbinger of it! God could have brought it about in a different manner. The oppressor is therefore guilty and will be held accountable even though he was only delivering a Divine message.

This approach does not exempt us from seeking justice and fighting against oppression. On the contrary, the Torah teaches us that we must strive to fix the world and fight evil as much as we can. Jews marched alongside African Americans during the civil rights movement and have always spoken out for the rights of the poor, weak, and oppressed. However, seeking justice is very different from taking vengeance. Although acts of revenge feel heroic, they are really cowardly. Violence, terrorism, and riots only perpetuate the victim status. Their suffering is real and someone else may be deserving of punishment. However, wallowing in it does nothing to improve the situation or heal the past. Just because someone suffered does not mean he is forever a victim.

Doesn’t this attitude lead to beating yourself up whenever anything bad happens?

A life of introspection does not mean a life of self-deprecation. Beating oneself up means focusing excessively on the mistakes of the past. The Jewish concept of teshuva – or repentance – is forward oriented. It does not dwell on what happened any more than necessary to propel you forward to a more positive future. Guilt arises when one feels that his past errors have permanently damaging effects. The Torah teaches that teshuva can actually repair the past so much that your sins become stepping stones of growth and are therefore elevated to the realm of mitzvot - good deeds! Guilt and depression are feelings of stagnation. Taking responsibility for hardship leads to a life of growth and positivity. You don’t feel victimized by the past. Instead you are empowered to radically affect your future for the better by changing yourself.

Guilt and depression are feelings of stagnation. Taking responsibility for hardship leads to a life of growth and positivity.

The Kotzker Rebbe once said: "When I was younger I thought I would change the world. I then realized that I couldn’t change the world, instead I would work on changing my city. Later I realized that I couldn’t change my city but rather should just concentrate on changing my family. But now I have decided just to try and change myself."

This does not mean that one should ignore the suffering of the world – on the contrary, we must feel it deeply - however, the areas that we focus on are those directly within our area of control – namely ourselves. Focusing on things outside of our control – politics, the weather, the economy – lead to frustration, anger, paralysis, and depression. When people go through hardships they often feel powerless. The goal of a therapist, mentor, or spiritual guide is to empower people to make free will decisions to better themselves. In this way they are asserting themselves over the one area of life where they truly possess control. When we change ourselves, it has a ripple effect that spreads outwards. Changing ourselves can actually change the world. This is in effect the Jewish concept of Karma. As Gandhi said, “We must be the change we wish to see in the world.”

No Dogs, No Jews

The American Jewish experience exemplifies this point that one can succeed and change despite poverty and prejudice. As a Jew, our ancestors came to America lacking money, English, and higher education, and they faced incredible discrimination. It was not uncommon for establishments in certain parts of the country to display signs saying, “No dogs, no Blacks, and no Jews.” Nonetheless they found a way to succeed financially while educating their children and having a positive effect on countless areas of American society. They succeeded because they knew that no one was going to help them if they didn’t help themselves. They didn’t wallow in their victimhood, they didn’t blame, and they didn’t ask for pity or special compensation. They took responsibility for themselves, got to work, and were able to overcome.

The same is true of the Jews of Israel. The State of Israel was founded largely by Holocaust survivors – orphans and refugees who had every reason in the world to give up. What greater victims then they, who saw the world stand by in silence while six million of their brethren were systematically slaughtered. Nonetheless, instead of complaining, they got to work building a future for themselves in a mostly barren land of deserts and swamps. When they were attacked by numerous Arab countries on multiple fronts who outnumbered them in both manpower and arms, they persevered. Instead of expecting handouts from the world, they took responsibility and arguably accomplished more growth than any country in the world over the past century.

The Future of the Palestinians

In an article in the Washington Post, Dennis Ross, counselor at the Washington Institute for Near East Policy, Middle East negotiator under President Clinton and former special assistant to President Obama, writes about a speech he gave to over 200 Palestinians in Gaza City in 2005. He was invited by a Gaza representative in the Palestinian Legislative Council to speak about the future of Gaza, just months before Israel’s unilateral withdrawal from the area. He told them that if they took the opportunity to develop Gaza peacefully, it would open up many new opportunities for the Palestinian people in the future. However, if they chose to use Gaza as a launching pad to stage attacks on Israel instead, it would greatly limit their chances of someday having their own state. “Much of Palestinians’ history might have been imposed on them by others,” he said. “But this time they had the power to shape their future. If they made the wrong choice, they could not blame the Arabs, the Europeans, the Americans — or the Israelis. Unfortunately, we know the path Hamas chose.”

Although the Hamas’ victim line has succeeded in garnering worldwide support for their cause, it has done nothing to help the suffering Palestinian people.

Whether one is a victim at the hands of whites, Israelis, Nazis, or Muslims, perpetuating one’s victimhood leads to paralysis. The flipside of the attitude that others are responsible for my suffering means that others are also responsible for my success. It is the ultimate excuse for failure and is the antithesis of the attitude needed to begin to change. Only when the individual or community realizes that they - and only they - can take responsibility for succeeding, can the seeds of change begin to sprout. Change must come from within. The victim mentality creates a self-perpetuating culture of victimhood.

True change must come from within. When the Palestinian people are ready to stop feeling like victims, they can begin to improve their situation in life. The same is true for minorities everywhere. We deeply feel their pain. We have been there too. There are insurmountable obstacles in the way of their success and we must never minimize them - but the first step is a change in attitude. Stop blaming, stop complaining and rise from victimhood to victory. 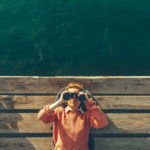 4 Ways to See Things from a New Perspective4 min read 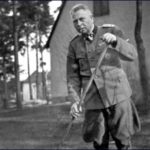 A Nazi in the Family6 min read 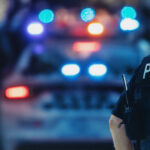