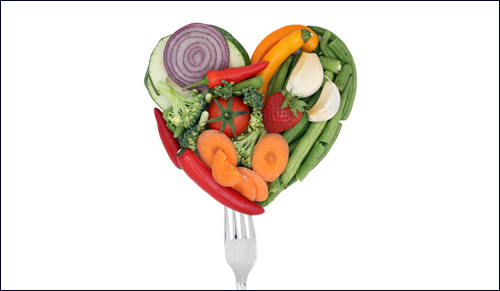 My husband took me on a wild ride from omnivore, to vegetarian, and back to omnivore again.

I couldn't believe the man that I wanted to spend the rest of my life with was vegetarian. As a potential engagement seemed to be a big possibility, I dreamed of chicken soup bubbling on the stove and golden chicken roasting in the oven in honor of our first Shabbat together. Now all I could think of was tofu stir-fries and split pea soup for Shabbat. How did I get this far in the dating process without knowing that the man of my dreams had an aversion to meat? Is he even normal? How normal could an herbivore be? I really shouldn't be so judgmental as I was a vegetarian in my sophomore year of high school and I was fairly normal, or at least I thought I was.

Was this guy even normal?!

Fast forward several months. We dealt with the vegetarian dilemma. My husband promised me that he was willing to try my chicken one day and in the meantime we were eating totally vegetarian. Luckily my one year as a vegetarian stood me in good stead as I seemed to be cooking away some pretty awesome dishes. Our first Shabbos at home together I made a vegetable stir-fry for at least twenty people even though we were the only ones eating at home that week.

Instead of cholent I made Tofu Winter Stew from the Moosewood cookbook. At this point in my life the thought of tofu bubbling on the fire for all of Shabbos doesn't sound so appealing but at that stage in my life it did seem quite appealing surprisingly. I also made a six- color vegetarian chili with homemade corn bread. That combination was delicious.

For the night meal I would make Pad-Thai just like in a Thai restaurant with delicate rice noodles, ground peanuts, freshly ground hot pepper that would slightly burn my tongue and homemade peanut sauce for the perfect combination of Asian fusion. Aaaah, those were the days of creativity and fun, where I could spend a long time preparing interesting dinners and my husband savored every bite, no moaning teenagers to add to the mix.

As weeks turned into months we were approaching our first anniversary and our first child was on his way. Growing up in California in an extremely health-conscious home, we were never big meat eaters but the combination of expecting our first and the fact that I hadn't eaten meat all year during our first year of marriage, I found myself having vivid dreams of eating meat. Since my husband was not into my meat infatuation, I would find myself at kosher fast-food restaurants in Jerusalem eating a double-decker hamburger alone, something I never in my life would have bought until I had been meat-deprived. I could also be found eating meat stir-fries alone in a Chinese restaurant. This whole meat-deprivation thing was getting to me.

The turning point came when we went as guest to a family for the holiday of Shavuot. I was looking forward to finally having some meat. They were serving tongue, taste buds and all, pre-plated and served to their large family and to me and my husband. I know that tongue is considered to be a very fine delicacy and is not cheap but in my queasy state I just could not bring myself to eat it. My greatest surprise came when my husband ate his full portion without a protest. I was shocked to the core. How could my vegetarian husband be devouring tongue with taste buds?

After my husband had caved and eaten meat there really was no reason for us to be vegetarian anymore, but how do you start cooking meat when your only pots are from your husband's bachelor days of being vegetarian in Manhattan? We keep kosher and we weren't going to cook chicken in our dairy pots so it was time for me to purchase new pots. I waddled to the hardware store to get the best pots I could find to cook my first chicken. The problem was, I had no idea how to cut a chicken or even cook a chicken for that matter.

Each little red spot or broken bone sent me running to a rabbi to ask if the chicken was really kosher regardless of the fact that it had a kosher certification. My next-door neighbor snickered at me for being so naïve.

The rabbi guided me, assuring that our chicken was most definitely kosher. Unfortunately he didn't offer to cook the chicken so I was on my own on that one. When my husband and I had first gotten married we had argued about how long to cook a hard-boiled egg. I swallowed my pride and called an older married lady to ask her advice on such an important matter as egg-boiling, but I felt embarrassed to call someone at this stage of marriage to ask how to cook a chicken.

The raw chicken was staring at me, red ooze and all, and it wasn't going to cook itself so I swallowed my pride yet again and asked my friend how to cook a chicken. To this day I don't remember what she suggested, nor do I remember my husband's first reaction to consuming his wife's first meaty delicacies. I do know that we are now omnivores, and my husband really did turn out to be pretty normal, at least I think he is!

Miriam Epstein is a freelance writer and photographer living in Ramat Bet Shemesh, Israel with her awesome husband and six adorable children ranging in age from two to seventeen. When Miriam is not busy pouring her heart out into the computer she can often be spotted taking outdoor family pictures in the beautiful park near her house. Her writing and photography have appeared in various magazines. Her work can be viewed at www.photosbymiriam.com. 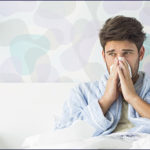 Type A Men and the Women Who Love Them5 min read 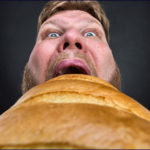 How To Make Your Next Chanukah Better4 min read 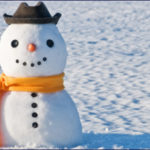