US Cabinet Member Sworn in on 500-Yr-Old Jewish Text 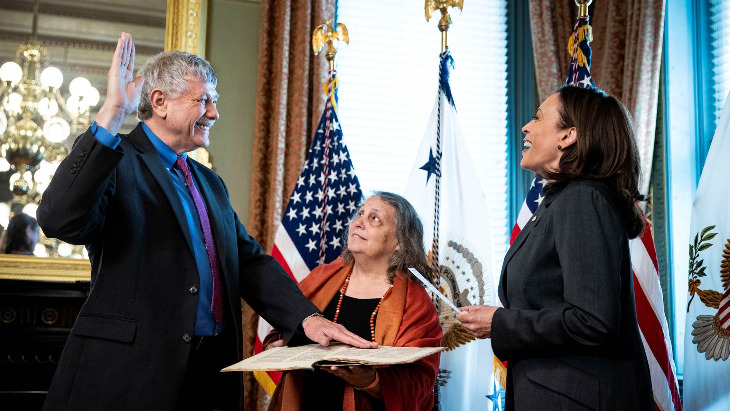 Scientific Advisor Dr. Eric Lander is inspired by the ancient words of Rabbi Tarfon found in Ethics of the Fathers.

When Eric Lander, the White House’s new scientific advisor, received a call from Vice President Kamala Harris’s office to discuss his swearing in ceremony, one detail stumped him. On what book was he planning to take his oath of office?

Dr. Lander knew that he wanted to use a book that reflected his Jewish faith. “I had to think deeply about it, because when you choose a text you’re choosing values, or history, or other meaningful things.” Dr. Lander was determined to find a book that is “a statement of what’s in my mind and what’s in my heart.”

He convened a family meeting and he and his children and wife came to an agreement that there were some core values that they all shared. “What is our purpose here? Our purpose is to repair the world, to help others in need of help, to take in strangers, to have empathy,” he later described. 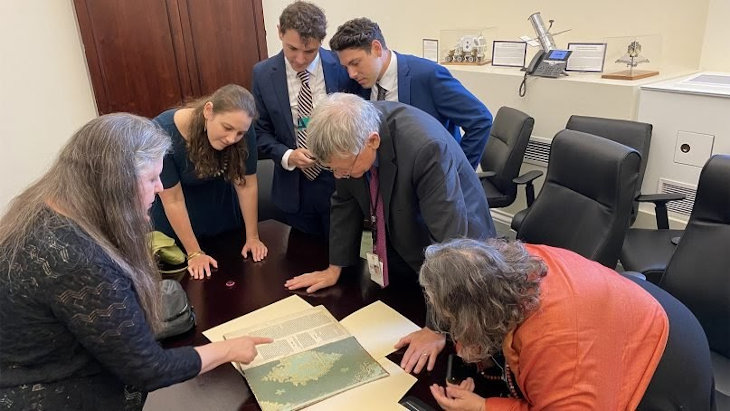 Dr. Lander remembered a beautiful Jewish quote he’d learned: “It’s not required that you complete the work, but neither may you refrain from it.” That spoke to his sense of purpose: even though the work and good deeds we see need to be done might feel endless, we each have an obligation to keep working, trying to make the world a better place.

The quote is part of a much longer, poetic passage, describing the way the great Rabbi Tarfon – a Jewish leader who lived in the Israeli city of Lod until his death in 130 CE – used the metaphor of working for a demanding employer to describe the core Jewish idea that we each have a task in life we’re meant to work towards accomplishing. Here’s the passage in full:

Rabbi Tarfon says: The day is short, the task is abundant, the workers are lazy, the wage is great, and the Master of the house is insistent…. You are not required to complete the task, yet you are not free to withdraw from it.

If you have studied much Torah, they give you great reward; and (know that) your Employer can be relied upon to pay you the wage of your labor, but be aware that the reward of the righteous will be given in the World to Come.” (Ethics of the Fathers 2:20-21)

Searching for this quote, Dr. Lander made an appointment with the Library of Congress to find a volume that contained it. He originally was looking at the Library’s various holdings of the Talmud. Dr. Ann Brener, a specialist at the Library, helped him locate an old copy of Ethics of the Fathers, a classic Mishnaic work that contains beautiful sayings and wise advice for living from many of the Talmud’s sages, including Rabbi Tarfon.

Dr. Lander picked up the old, slim volume. Dr. Brener explained that it had very nearly been excluded from the Library’s catalog. Ten years ago, Dr. Brener was asked to examine some of the Library’s uncatalogued old Jewish books. This volume was erroneously placed with some much more modern Hebrew books, but as soon as Dr. Brener picked it up, she knew it was special. “When I touched this paper, I knew immediately...that I was touching something very ancient…” she recalled. It’s thanks to her that this edition of Ethics of the Fathers was catalogued in the Library of Congress.

When Dr. Lander examined the delicate volume, he was struck by the year it was published: 1492, the year that Christopher Columbus discovered the New World. It also saw one of the great tragedies in Jewish history, when the huge, vibrant Jewish community of Spain was expelled on pain of death. In the months leading up to the awful decree – and on the day of the expulsion itself, Tisha B’Av in the year 1492 – tens of thousands of Jews were forced to flee their homes.

Spain’s famed, vibrant Jewish community scattered far and wide. Countless Jews were taken advantage of by unscrupulous ship captains who sold them into slavery or killed them on board ships that Jews had contracted to take them to new locales.

Some of these desperate Jewish refugees found shelter in the Kingdom of Naples in modern day Italy – and it was there that this edition of Ethics of the Fathers in the Library of Congress was published. (Sadly, the freedom that Jews found in Naples was short-lived. After being conquered by France in 1495, Jews faced mounting oppression. The kingdom was conquered again in 1510 by Spain, and life became even more difficult for Neapolitan Jews. In 1541, all remaining Jews were banned from living in the kingdom.)

For Dr. Lander, the symbolism of the moment was clear. “The world has experimented with intolerance,” Dr. Lander explained. “I think the lessons of the 1492 era are lessons for today: coming together and making our diversity an incredible asset for this country going forward.” 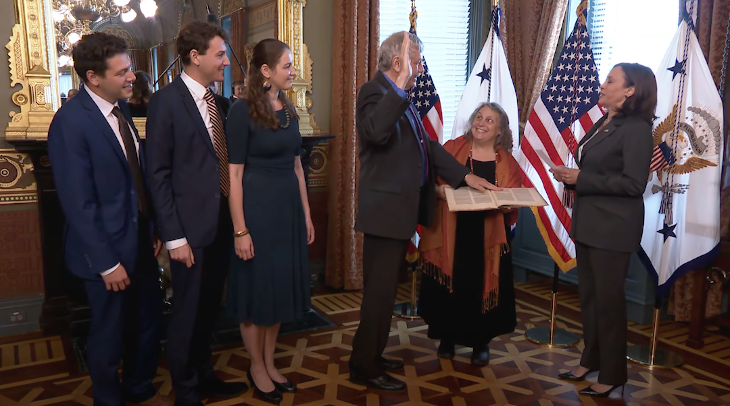 Eric Lander with his family at his swearing-in ceremony with Vice President Kamala Harris, June 2, 2021. (Screenshot from YouTube)

After his swearing in, Dr. Lander explained the passage that had so moved him to Vice President Harris. “It means a lot to me about why we’re all here,” he noted. As he embarked upon what’s perhaps the most momentous job of his career, providing scientific advice to the US Government, Dr. Lander found his deepest inspiration in Rabbi Tarfon’s words.

If you’re interested in reading Ethics of the Fathers – Pirkei Avot in Hebrew – here are some editions to try.

The Mutation of Antisemitism
The Softball Player
How This 6 Generation Bread Baker Brought Back Israel’s Ancient Grains
Olivia Newton John’s Grandfather was a Nobel-Prize Winning Jewish Physicist
Comments
MOST POPULAR IN Israel
Our privacy policy
Aish.com Is Looking for Great Writers