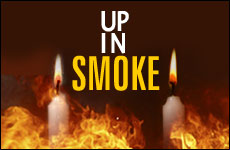 My relaxing Shabbat plans were turned to ashes.

Spending a year in Israel, every Shabbos was a scramble for plans. So I jumped when Raizel invited me to spend Shabbos with her at the home of the Grossbaum family, one of her father's lawyer colleagues. How could I have known what my benign plans would catalyze?

We were welcomed jovially into their home, a pretty apartment in an ivy-climbed building.

"My mother is in Florida," Mr. Grossbaum told us. "The two of you can stay in her apartment across the street, to afford you some privacy." What more could we ask for?

We walked across the narrow street to an impressive looking building. Their mother's apartment was modern looking and shiny as a new car. Formica countertops, the rage at the time, ceramic floors, wall to wall, cream colored carpet – the type that swallows up your feet when you take your shoes off. Wide American beds with thick mattresses and down comforters.

We relaxed a bit and then got dressed for Shabbos. It was my custom to light one candle in honor of Shabbos. Raizel quickly grabbed me a dish to light upon. I recited the blessing, and felt the tranquil hush of Shabbos, as dusk stealthily slid in under the week's clamor.

The meal next door was pleasant and the conversation inviting. Though being a guest at the home of a near stranger lends itself to awkwardness, the Grossbaums smoothed over the creases in conversation with delicious food, warmth, and an embracing Shabbos atmosphere. By the end of the meal we were thinking of those fluffy white comforters.

Ascending the steps to the Mr. Grossbaum's mother's apartment, we were assailed by an acrid smell.

"That's strange," said Raizel. "I don't remember the building having such a smell when we left."

She turned the key in the door. Something in the way my heart was drumming, my stomach turning and I knew even before the door creaked open to let a sliver of light slip through, that this was going to be one of those "If only" moments.

I followed behind her. The silky white countertop where my candle had been was now a large black hole. Bits of Formica melded around the ghoulish looking galaxy like scar tissue around a raw wound. The dish I had lit upon was – poof! – gone. No more.

"Oh my gosh," I echoed dumbly. "We are in such big trouble."

Raizel was running her hand over surfaces. She lifted her hands up in front of her face and she looked like a mime wearing black gloves.

"Soot," she said. It was everywhere. The "eat-your-feet-up" cream colored carpet was tinged with black like someone had emptied a mammoth pepper bottle all over it, the beige couches and the smooth bookshelves.

"Every book," said Raizel, dusting her finger down the spine of a book, holding out the black smudge for my inspection.

"Oh my gosh," I echoed dumbly. "We are in such big trouble."

We had to tell the Grossbaums. We had ruined their mother's apartment.

The door to the apartment building next door was locked. We screamed up in the direction of the geraniums in the windowsills, bobbing around like ominous demons.

"Grossbaum family!" we screamed. "We need to talk to you!" But nobody heard us. After half an hour, we returned to the apartment across the street.

The night that we had expected so much comfort was a fitful one. Each time I woke I thought it a dream. I ran to check and saw the counter yawning its black toothless grin and I knew that it was real. We were both dressed before sunrise. As soon as the first amber rays prodded through the night sky, we were at the Grossbaum's door.

The father answered, his eyes still full with sleep, a robe hastily thrown about him.

"We are so sorry," Raizel explained, "We burnt your mother's apartment. We lit candles. There was a fire."

"Is everyone okay?" he asked.

"Everyone is fine," I replied. "Except for the counter. And the apartment. Please come and see."

"As long as everyone is okay, I see no need to go and investigate. Why don't we all try to get a bit more sleep and we'll talk about it later."

But we didn't talk about it later. At lunch that afternoon, there were so many other topics of conversation that interested the Grossbaums more. While the catastrophe prowled our minds, they were focused on infusing their Shabbos table with meaning and conviviality.

After lunch we invited them to assess the damage.

"Not now," said Mr. Grossbaum. "It's Shabbos afternoon, time to rest up and learn. I'll look some other time."

By the third meal, incredibly, thoughts of the fire were beginning to recede – even in our own minds. The Grossbaums seemed intently focused on providing a most hospitable Shabbos.

When Shabbos ended, we had to cajole them to come over and see what had happened. Mr. Grossbaum looked around and noted the hole, the soot, and the carpet.

"Just needs a little fixing up," he said, smiling. "Don't worry about it." Then he offered to drive us back to school so that we wouldn't have to trouble ourselves with a bus.

We couldn't believe that we had gotten off so easily. We insisted on paying for the damage. After repeated attempts throughout the week, the Grossbaums finally agreed to accept reparations, as they had already started repairs before their mother's arrival.

They asked for the grand total of 20 dollars to cover their losses.

Today we lend our own apartment out to other families whenever we vacate. Sometimes we return to a note of thanks, or a small gift. But I don't expect anything. I feel I am paying back a debt.

If only I wouldn't have gone to the Grossbaums for Shabbos, I would never have started a fire in their mother's apartment.

If only I wouldn't have gone to the Grossbaums for Shabbos, I would never have learned the true meaning of hospitality.

The Crayons in My Box

Faith in Times of Darkness

Three Steps to a Meaningful Seder
The Jewish History of Prague
Why the Sexual Revolution was Bad for Women
The Princess: Sukkot
Comments
MOST POPULAR IN Spirituality
Our privacy policy
Aish.com Is Looking for Great Writers