Trump and Other Topics I Refuse to Talk About 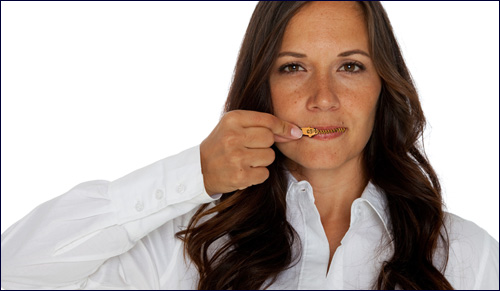 We are given only a certain number of words to use in our lifetime. Don’t waste them.

In America today, it's almost impossible to avoid talking about politics.

Doomsayers from both sides of the aisle are predicting the end of the country as we know it and screaming their thoughts from every available media outlet. Politics is always a hot topic in Israel. But I'm not sure what any of this conversation accomplishes other than create greater animosity and depression.

I, for one, have decided to bow out. I refuse to participate in conversations where the President is even hinted at, let alone named. Not only is it guaranteed not to be an enlightening discussion but I'm relying on the Jewish idea (whose source remains elusive) that we are given only a certain number of words to use in our lifetime. I don't want to waste mine on the current American political scene.

If we have to make an accounting for how we used our gift of speech, I want to say that this year, despite the temptations, I bowed out of all these hostile, unproductive conversations.

But it's more than politics. If I need to be careful how I use my words, if I am subject to some celestial rationing, then I think I want to take more topics off the table.

Words are so precious, the ability to speak such a special present from God. I don't want to misuse it or treat them cavalierly. I want to constantly be grateful and I think the idea of trying my best to limit my conversation to holier purposes reflects that goal.

As I said we only have a limited number of words to use in this lifetime. I really don't want to waste them on any words that rhyme with bump.

Mirror Mirror Off the Wall

Empathy and My Broken Collarbone

Regis Philbin and the Importance of Kindness

Caring about Wrinkles
G-d Time
Shavuot is The Holiday of Cheesecake and Blintzes
What Does Kosher Mean Literally?
Comments
MOST POPULAR IN Mom with a View
Our privacy policy