The marriage crisis and why singles today don't want to commit.

Invited to any weddings lately? Grab the opportunity to attend before they become a rare occasion.

At least that's what some scholars like Prof. Charles Martel, Professor of Computer Science at the University of California believe after carefully analyzing the data, prepared by the National Marriage Project at the University of Virginia, on U.S. marriage rates since 1960.

The statistics are eye-opening. From 1970 through 2008, the U.S. marriage rate has declined from 76.5 to 37.4 marriages per 1,000 unmarried women. Not only is the marriage rate declining, but the rate of decline is accelerating. Creating a trend line, Martel comes up the astounding conclusion that if the current tendency continues, sometime between 2028 and 2034 the U.S. marriage rate will reach zero!

Preposterous? Of course. People will surely continue to get married. But we can't ignore the reality of the precipitous decline in the numbers of those choosing to walk down the bridal path.

Some blame the economy for marriage falling into disfavor. They claim it's yet another unfortunate consequence of the great recession we’re presently experiencing. But the trends that are making records today got their start decades ago, and they've consistently followed the same downward path through economic ups and downs.

The simple truth seems to be that people just don't seem to want to commit. And I have my own theory for this contemporary sorry state of affair.

I know my research is only anecdotal and I have no proof to back up my claim but I think that rather than a new cultural aversion to the state of matrimony there's something else going on here. Wedded bliss is still an ideal. Men and women still fantasize about family and dream about a perfect partner with whom they'll live happily ever after. But what we're seeing is the result of TMC – too many choices – a concept derived from the findings of a remarkable study by Columbia professor Sheena Iyengar, in a research paper entitled "When Choice is Demotivating.”

For 10 years, Professor Iyengar has been analyzing the concept of making choices. For her research, she and her staff ran a test where they set up a free tasting booth in a grocery store, with six different jams. 40% of the customers stopped to taste. 30% of those bought some.

Having too many choices made them 10 times less likely to buy.

A week later, they set up the same booth in the same store, but this time with 24 different jams. 60% of the customers stopped to taste. But only 3% bought some.

Having too many choices made them 10 times less likely to buy.

Although it has long been the common wisdom in our country that there is no such thing as too many choices, as psychologists and economists study the issue they are concluding that an overload of options may actually paralyze people or push them into decisions that are against their own best interest. TMC – too many choices – leaves us afraid to make any decision lest we then have to live with the subsequent discovery that we made the wrong one.

Once having committed, we've opted out of the ability to make any more judgments – and just look at how many options we left on the table that might really have been better.

TMC paralyzes us with fear, depriving our confidence in the wisdom of our selection. We end up preferring to do nothing rather than to have to live with pangs of remorse over a possibly wrong decision. Professor Iyengar summed it up this way: “The presence of choice might be appealing as a theory, but in reality people might find more and more choice to actually be debilitating.”

If this is true for something as seemingly minor as picking the right kind of jam, think how much more so this can incapacitate one’s ability to choose a mate. In the age of arranged marriages, a suitor might have been presented with half a dozen possible candidates selected on the basis of suitability in terms of family background, education, and religious values. In close knit communities, young men and women could choose from those they knew from the neighborhood. The boy or girl next door was seen as a viable candidate from what was considered a limited market.

Today, for better and worse, it's a new world. The age of globalization, the Internet, the dating services that offer access to people literally from around the world present the unmarried with unlimited choices. We're not talking about merely 24 different kinds of jams; we're dealing with the possibility of eventually finding any one of hundreds of thousands of others who just might be the perfect person we’re looking for.

Lori Gottlieb, the author of Marry Him: The Case for Settling for Mr. Good Enough, concluded that too many women — her book focused on women but the same is certainly true for men as well — “think I have to pick just the right one. Instead of wondering, ‘Am I happy?’ they wonder, ‘Is this the best I can do?’” And since they haven't yet looked at all the other available "jams" out there, they feel that to be fair to themselves they have to postpone any decision. So they continue to wait and wait and wait, as they prolong their search for the perfect jam before they allow themselves to make a commitment.

Related Article: So What if She's Older than Me?

This will surely leave them frustrated forever, because as the profound proverb asks us to realize, “The only perfect people are bachelors’ wives and old maids’ children."

The fear of committing to a choice because of the multiple other options is not only self-defeating but from a spiritual perspective ignores a fundamental truth about God’s involvement in human affairs.

Our tradition teaches us that God is the greatest matchmaker. The Sages ask: what has God been busy with since creation? Their reply: He occupies Himself with the holy task of arranging marriages. Human happiness is a heavenly goal. The Torah teaches us that God intended everything to be tov, good, and "It is not good for a human being to be alone."

That's why the Talmud records that 40 days before birth a heavenly voice goes forth and proclaims, "The daughter of so-and-so to so-and-so." Marriages really are made in heaven. God created someone suitable for every person on earth.

In Yiddish there is a beautiful word that expresses this concept of a divinely decreed soul mate. It is bashert. We all have a bashert and God in His infinite goodness makes certain to place that person in our path at some appropriate point during our lifetime.

And that perspective can make all the difference in the world when we cope with the paralysis induced by TMC – too many choices.

Without a bashert, our choices are plagued with the doubt that maybe no one out there is good enough for me. We’re tempted to keep on searching without any assurance that we'll ever find someone who can't be improved upon. We could have already met Mr. or Ms. Right in God's eyes and ignored them because we were looking for Mr. or Ms. Perfect instead - and of course they don't exist. (And even if they theoretically did, why would any of us who are imperfect deserve them?)

Knowing that we have a bashert reassures us that we’re meant to make a decision because God already made that selection for us before we were born. Our dating search is supposed to emphasize finding the one who’s been designated for us instead of discovering reasons for excluding all those who don't meet our impossible standards. Instead of continuously rejecting, we can be secure in the knowledge that there's someone out there who's perfect for us in spite of the fact that he or she isn't perfect. Like a missing piece in a puzzle, God provides us with what we need to complete a beautiful picture - a piece that complements our own strengths and weaknesses so that by working together with our bashert we can find happiness and fulfillment. The purpose of dating is to find that one person who in spite of all their failings makes us feel whole when we share life together.

I've spoken to countless singles who all assure me they desperately want to get married. "What's holding you up then?" I ask. The response is almost always the same. "I'm still not sure if I can't do better." Their commitment phobia isn't based on being dissatisfied with the people they've met so far. It's simply the fear that once they say yes they can no longer keep looking for a superior jam - so they continue to lead lives of loneliness without the sweetness of any partner.

The paralysis induced by TMC is an affliction we desperately need to overcome in order to preserve the ideals of marriage and family. Yes, singles need to choose wisely, but equally important – they need to choose. 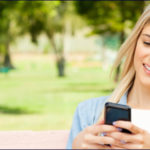 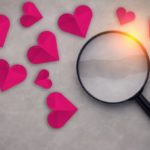 PODCAST: The Top 4 Qualities to Look for in a Spouse1 min read