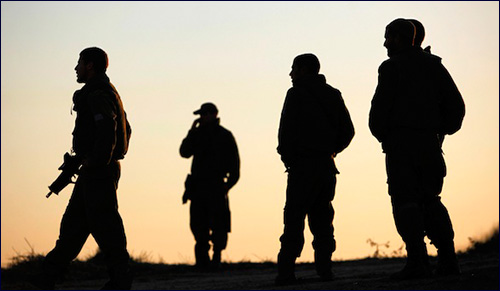 I spent three days in Gaza and was released to bury a close friend who was killed in action.

The following text was emailed to Congregation Beit Torah in Westchester, NY. 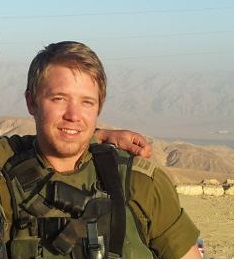 The author in uniform.

My name is Netanel Amitai, I served in the IDF for 7 years, my last position being a company commander in the armored corps, ranked Captain. I was released from the army two years ago and am currently serving in reserve duty as Operations Officer for my battalion, and serve in the capacity of a Major. During my service I saw action in the second Lebanese war and Cast Lead operation, as well as being drafted for the Pillar of Defense (some of these names could easily be made into Hollywood blockbusters). In the current escalation I spent nine days in uniform, three of them in the Gaza area, and unfortunately was released to bury a former soldier and close friend, Cpt. Dima Levitas who was killed in action two days ago. Since then I have not been allowed back in, and thus have the time to sit and write this letter from the comfort of my home in Mesilat Zion, halfway between Tel Aviv, and Jerusalem.

The boys losing their lives at the time they did may have spared the state of Israel from the worst terrorist attack in its history.

The current situation has been escalating for over a month, leading to the current operation in the Gaza Strip. The truth of the matter is, however, that the situation never really did calm down as you may be led to believe. Quiet times, in Israel, are a matter of perspective. A week where 2 to 5 missiles have been fired at civilian populations is a "quiet week." The kidnapping of the three Israeli youths; however, started a snowball effect resulting in what you are seeing on your screens today. The untold truth of the matter is that the boys losing their lives at the time they did may have spared the state of Israel from the worst terrorist attack in its history. The numerous tunnels have been utilized till now for small scale attacks as a result of the operation. But had we waited, the possibility of thousands of Hamas warriors attacking through dozens of tunnels would have become reality. Coupled with rockets fired at the center of Israel, and attacks from the sea – we could have witnessed thousands of Israeli dead.

Another important point to mention is the suffering of the innocent civilians of Gaza. To ignore this would be inhumane. Pictures of children killed in airstrikes, of homes lying in rubble, of injured and panicked civilians bring tears to my eyes. It is, however, impossible not to ask who is killing these people. I have witnessed firsthand the IDF going to ridiculous efforts to clear civilian population and make sure that they are out of harm’s way, only to have Hamas warriors beat them back into the houses where weapons are being stored.

As if that is not enough, last week we witnessed the uncovering of weapons in two UNWRA schools, a fact nearly ignored by the international media. He who places weapons in schools, de facto sacrifices the lives of the children within for a photo op. One must also ask how these weapons made it into the school in the first place, without the knowledge of the UN personnel.

As sad as it is, the facts all point to Hamas sacrificing its own civilians in order to demonize Israel. Sadly, it seems to be working.

I would like to remark about the innocent masses, from a historical point of view. Most citizens in Nazi Germany were innocent. They did not hate Jews; they did not want war. This did not stop Hitler from starting a war that killed 18 million people over the course of six years. The innocent masses were irrelevant. The same could be said for Russia under Stalin and the 20 million killed by his regime. Our reality is no different. As sad as it is, we must accept the fact that the innocent population has made itself irrelevant by choosing a terrorist organization as its leadership. If we want to exist ten years from now, we must see Gaza for what it is – a threat to our existence, despite the majority of innocent civilians.

Contrary to common belief, and this is very important, the Israeli centers of life are filled with people — daily life goes on almost uninterrupted, though the sirens make people run once in a while. Hamas has failed to impact even the smallest part of life in Israel, which in itself could be hailed as a victory. It seems however, that the media is unhappy about this. "How is it," they ask, "if your army is so humane, that so many Palestinians are losing their lives, while you are almost unharmed?" as if only the death of Israelis could make the situation more acceptable to them.

I will tell you the simplest answer to this: Israel has invested millions of dollars over the past decades, in order to protect its civilians because we honor life above all else. In this constant arms race, we have not invented the doomsday weapon that will kill more enemies at once; we invented the "Iron Dome." Its only purpose is to protect Israeli civilians from rocket fire. Hamas, however, has spent millions of dollars, most of which came from the UN or European countries, and from American allies like Qatar or Dubai, to dig tunnels into Israel. Over 70 of these tunnels have been uncovered so far, with probably many more to come, each one of these costing many millions of dollars.

Is it really that hard to understand the difference? It seems that the world is incapable of connecting the dots, if not deliberately sacrificing Israel so as to avoid a worldwide conflict.

This conflict has also shown the ugly side of Israeli society. Starting with the gruesome retaliatory murder of the Palestinian youth by a 30-year-old Israeli, followed by some vile calls to kill all Arabs on social media networks and so called "talkbackers" posting on internet sites, and culminating in the attack of left wing protesters in the heart of Tel Aviv, protesters who gathered with a simple slogan – "Jews and Arabs refuse to be enemies." This conflict has made it clear that there are some cancerous cells of hatred growing within us that we must cut out at the root. We must ensure that we remain a shining democratic beacon of liberalism and freedom in a region plagued with dictatorships and religious oppression.

That, my friends, is why you should be supporting Israel. Not because you are Jews, Not because you might know a few Israelis, but because we are fighting for the ideas on which you founded your country, and we are fighting not only for ourselves, but for the whole western world. As said by Mosab Hasan Youssef, son of one of the founders of the Hamas movement and a former Hamas member himself, "Israel is not the problem in the Middle East. Israel is the solution to the Middle East. If Israel fails in the Middle East, the western civilization will fall. It is our duty to protect and defend the Jewish state – for the generations to come and for the entire world." 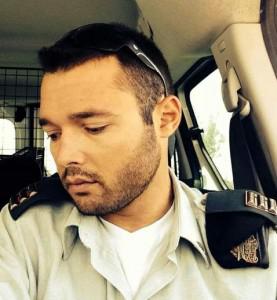 Two days ago, I left Gaza in order to bury and pay my last respects to a former soldier of mine and close friend, Cpt Dima Levitas who fell leading a company of men into Gaza. Dima was about to be engaged; we all knew that he was planning it now for a few weeks, and was heralded as a rising star in the IDF, the rare kind of combat officer that everyone just knows is going straight to the top, the kind of man whom men follow without questioning, just because he is who he is. It is amazing how quickly all his dreams, all the hopes of those around him were silenced, and how irreversible some things are. We all need to make sure that Israel itself is not silenced, because with Israel, so many other ideas will die as well.

For those who have Israel in their heart, educate yourselves and learn all you can about our fight. Arm yourselves with the knowledge needed to defend what we are fighting for in the face of international ignorance and hatred. In this age, words can do more damage than any bomb or bullet. After you have done that, use your Facebook walls, your twitter accounts, your social media posts to spread the word, to fight alongside us. We need more time to protect our country and make sure that our children will live a quieter life. You can help us buy that time by fighting for us from your smart phone and computer and tablet.

I am more than happy to answer any questions that you might have and supply sources, and I will write my email on the bottom of this email. The "Tzahal Shalom" Facebook page also allows you to contact many IDF officers that you have met over the years, and I am sure there are many who will be happy to answer questions and "supply ammunition."

I thank you for taking the time to read this rather long email, and for your willingness to give us a voice. May you know only peace and quiet, and may we all know better days...