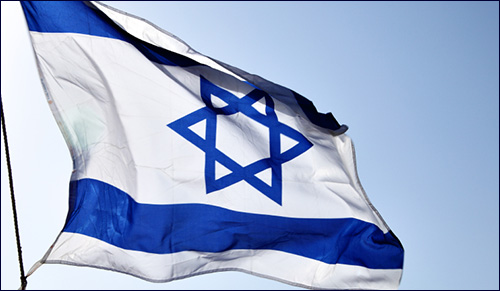 Antonio Villaraigosa is the former mayor of Los Angeles.

The author is the former mayor of Los Angeles.

The recent kidnapping of three Israeli teenage boys by terrorists in the West Bank is an appalling reminder of the cruelty guiding radical elements in the Middle East and of the need for vigilance and solidarity by all those who cherish the sanctity of human life and fundamental values of human rights.

I was in Israel last week when the boys were abducted. In fact, I passed very near the spot where it took place the following day. The stark contrast between the humanity and benevolence visibly on display on my visit to Israel and the open hostility in Gaza and the West Bank is a rude wakeup call to those who too often level criticism against Israel.

The sight of Palestinians in Gaza and Hebron dancing jubilantly in the streets and passing out sweets to celebrate the kidnapping is as depressing as it is concerning. This attitude bodes ill for reconciliation and co-existence between Israelis and Palestinians.

Comparisons that some have drawn between the kidnapped boys and Palestinians imprisoned for terrorism is equally disturbing. Imagine a terrorist group seizing several teenagers in downtown L.A. and demanding the release of convicted murderers. Absurd? Something anyone in their right mind would consider doing? Yet this is what such comparisons amount to.

One of the most moving aspects of my visit to Israel was a tour of Shaare Zedek hospital in Jerusalem. Despite the communal strife in the region, I was taken by the humane care provided all patients, more than 30 percent who were Palestinian. It is difficult to understand why Israel’s neighbors feel such deep hostility toward it. Rather than emulating Israel’s tolerance they attack and vilify it.

I also visited Israel’s southern desert region, the Negev, with its capital, Beer Sheva, where I witnessed some of the most advanced research on water technologies and solar energy in the world. It is not an exaggeration to say that the R&D going on in Israel in these and other fields has immense potential to solve many of the challenges facing the entire region. This potential can be utilized in California, where an Israeli firm is constructing the largest desalination plant in the Western Hemisphere. We too can benefit a great deal from Israel’s expertise in addressing acute water crises.

Israel, a desert country which previously faced chronic and acute water shortages, has essentially solved the problem with the largest and most cost efficient desalination plants in the world. Areas facing similar challenges, be it in California or the Middle East, have much to learn.

Participating in a high-level policy conference at the Interdisciplinary Center in Herzliya, and in my meetings with Israeli leaders and senior policy makers, including with the Prime Minister and Strategic Affairs Minister, I was impressed by the steadfast determination to protect Israel and equally fierce commitment to humane values which are the hallmark of Israel’s political leadership. Theirs is not a job to be envied, as they safeguard Israel’s security, despite extremely trying circumstances. Here too there are many lessons to be learned by all who hold these values dear.

The contrast between the fundamental human decency coursing through Israeli society and the inhumanity and cruelty of those who have kidnapped these boys could not be more stark. This is something that transcends conflicting political interests; it is a clash between values, between the very lifeblood of enlightened society versus blind hate and brutality.

In Israel, I saw a country deeply yearning for peace, but profoundly frustrated at the obstinate intolerance of so many of its neighbors and the very concerning trends transpiring throughout the region.

The spread of the Islamic State in Iraq and Syria should be a sobering wake-up call to any who harbor illusions about the direction the “Arab Spring” has taken. This is not a theoretical or esoteric problem. The same elements currently seizing control across vast swaths of territory in the Middle East share a radical ideology with those who kidnapped these three Israeli youths and who perpetrated 9/11.

We need to unequivocally condemn these kidnappers. Hamas, which continues to propagate the destruction of Israel and seeks no peaceful co-existence with the Jewish state, needs to be recognized for what it is: a terrorist organization that cannot play a legitimate political role as long as it continues to adhere to its violent campaign against Israel and commitment to its demise.

We need to support peace talks between Israel and the Palestinians, but there can be no peace while young boys are kidnapped, and terrorists seek violence and destruction. This is not just Israel’s problem; it is in our national interest.

This article originally appeared in the Orange County Register.

Antonio Villaraigosa is the former mayor of Los Angeles.

Voices from the Valley of Death

Jerusalem of White
The 21st President of the United States: Failure or Inspiration?
Hiding Their Jewishness
The Jewish Pope: Following the Questions Home
Comments