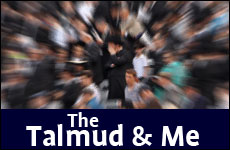 I recently became a link in the chain of transmission that stretches back thousands of years.

I am often asked about my personal path towards observance. When did it begin and what circumstances inspired it?

In my early days of Jewish growth, a close friend introduced me to the Talmud Bavli, a page with a paragraph of Aramaic wrapped in commentaries by Rashi and the medieval commentaries, the Tosafot, and cross-references everywhere. Feeling overwhelmed by the text, I politely deferred, focusing at the time on my professional and personal goals. 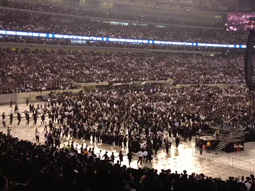 A couple of months later, tickets for the Siyum HaShas marking the completion of seven and half year learning cycle of the entire Talmud, were being sold and my friend encouraged me to go. “You don’t need to be a Shas Yid to attend, go and get inspired.” I bought the ticket not knowing when I would begin formal learning, how much I would be able to cover and ultimately, the importance of the Oral Law.

I sought a non-judgmental learning setting and found it this past Shavuot at the home of Brooklyn couple Rena and Mark Goldstein. With their three sons, Ben, Sam and Josh, we studied Tractate Middot overnight in the basement of Young Israel of Flatbush, returning for lunch to honor Rav Papa and his ten sons, who always threw a banquet upon the completion of a tractate. I am the first person in my family in at least four generations to complete a tractate of the Talmud and the lunch served by the Goldsteins was as much a tribute to the giving of the Torah as to my historic moment.

“Why does it have to be complicated? I finally got the answer I loved in law school,” Harary said. Growing up with legal shows such as Law and Order, Harary did not expect his education to be a thorough review of case law. “I wanted to see laws, but I was getting case after case, page after page and reading the testimony from the losing team. So I went to the dean.” 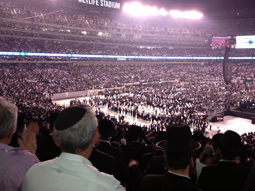 David W. Leebron, his dean at Columbia Law School, informed Harary that anyone could purchase a book of laws and quote them, but a law school’s purpose is to apply the statutes to specific situations. “Like a robot you can try to apply it. You’re paying us to understand the greatest minds of all time, how cases were lost on a point, how the law evolved, the principles behind the law and how to bring the law to the next phase,” Leebron told Harary, who then understood that the Talmud works in a similar fashion, with centuries of commentaries and specific examples that tested the application of biblical laws.

Harary said that the vagueness of many biblical laws was intentional and God wants the Jewish people to debate and struggle over their meaning rather than robotically following them. “Talk about it and struggle over it. It was lively and real.”

“Learning Torah is nutrition for the Jewish soul. It is the secret ingredient that makes Jewish continuity possible.”

In the roughly 1,400 years between the codification of the Talmud and the historic 1923 Agudath Israel convention, the Oral Law was studied by only a relatively small group of dedicated scholars, without a set schedule. That was when Rabbi Meir Shapiro, a member of the Agudah’s Council of Torah Sages and head of the Yeshiva Chachmei Lublin, proposed a ritualized study cycle for the Talmud. Daf Yomi - a page a day. In total, 2,711 pages in a seven and a half year cycle. The Chofetz Chaim, the Gerrer Rebbe and Rabbi Chaim Ozer Grodzinski, who were the leading European Torah scholars at the time, enthusiastically received the idea.

Surviving the devastation of the Holocaust, each siyum (completion) has grown in attendance and venue, with the MetLife Stadium counting a sold-out crowd of 92,000 that included a wide spectrum of Orthodox Jews, including a women’s section in the top section. The traffic was choked, even by New Jersey standards.

The event was a mix of masterfully produced tribute videos and speeches by leading rabbinic figures. Alongside a tribute to Rabbi Shapiro was one for Jerome Schottenstein, namesake of the 38-volume Artscroll Talmud Bavli, launched in 2005 that has enabled readers who do not possess a command of Aramaic or Hebrew to learn in English.

Not having a command of Yiddish either, I struggled to comprehend Agudah chair Rabbi Yaakov Perlow, and Rabbi Aryeh Malkiel Kotler, who spoke at length before concluding the last passages of Tractate Niddah. As thousands of attendees dialed the phone number for a live translation of the speeches, I paused to appreciate the event, knowing that as I grow in my study of Torah law, I can always find myself on the same page as nearly 250,000 fellow Jews around the world. No matter what type of hat or kippa we wear, we can always catch up to the Daf and find ourselves in the company of great scholars and commoners alike, examining insights on the Torah and with enough perspective, adding our own two cents.

Switching to English, Rabbi Perlow used analogies to describe Daf Yomi. “Learning Torah is nutrition for the Jewish soul. When all the empires of the past have perished, the Torah will not be forgotten,” Rabbi Perlow said. “It is the secret ingredient, the only ingredient that makes Jewish continuity possible.”

Sergey is a former Assistant Editor at The Jewish Star and an adjunct professor of history at Touro College. His articles have appeared in New York Post, New York Daily News, Jewish Week and Jewish Press, among other publications. He resides in Flushing, New York.

Jewish Genealogy: The Journey to Oneself

Egyptian Slavery, Desensitization and the Holocaust

Flowers and Judaism: 8 Facts
Bechukotai 5782: Divine Retribution
Behar 5782: Working to Live or Living to Work?
The Wholeness of Being Broken
Comments
MOST POPULAR IN Jewish Society
Our privacy policy